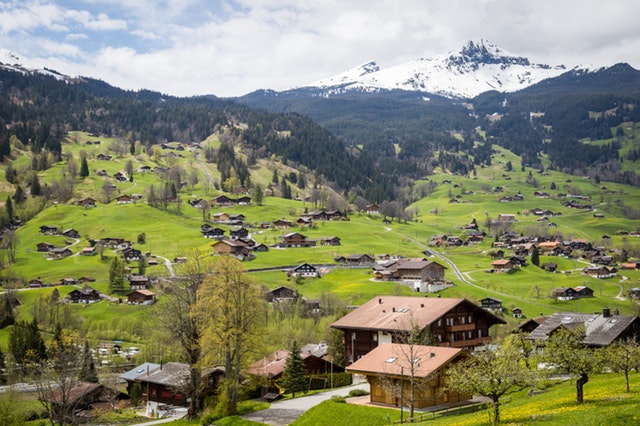 It’s almost been ten years since Bitcoin, the pioneer of cryptocurrencies, was first introduced to the world in 2009.

And, what a ride it’s been. While someone in 2010 bought 2 pizzas with 10,000 bitcoins, today, that amount of Bitcoin is worth an absolute fortune!

The same, explosive growth, also catapulted Ethereum, which followed the pioneer in later years, into the stratosphere. And, Ripple & many of the other cryptocurrencies, of which, today, there are more than 1,600 to choose from in a global market valued close to $400 billion.

While, during this decade the world has gone gaga over crypto; and, governments & regulators across the planet are doing their best, as we speak, to find suitable frameworks for the incorporation thereof, it is clear that digital money is busy gaining wide popularity as preferred method for the exchanging of value, in this, the Digital Age.

However, one of the major hurdles that still needs to be overcome is volatility.

Please continue reading to see how price instability is holding back the market growth of crypto.

And, how Lapo has stepped in with a solution that curbs volatility, thereby making its LAX Coin perfect for everyday use.

Also, how you can participate in this lucrative opportunity by becoming a proud owner of LAX today; thereby, benefitting from an early-mover advantage before the Coin begins trading in the open market at rising values.

In recent years, the mainstream media has been doing a good job and continues to do so, of keeping us informed on the countless, new millionaires, or even billionaires, that are being created ever so often, thanks to the world’s snowballing interest in cryptocurrency.

Of course, we all know a good thing when we see one; and, global citizens everywhere are increasingly becoming aware that it’s simply a matter of time until digital currencies become the everyday norm.

Therefore, while just about everyone and anyone’s getting on board, the unprecedented demand for crypto has seen the prices of the more popular currencies appreciate tenfold, hundredfold and even more, over recent years.

While, surely, nobody is complaining in a rising market, all the frantic crypto buying & selling activity leaves huge waves of volatility in its wake.

So much so, that the instability is severely hampering the outlook for crypto to reach its next level, as far as the big picture for the overall market is concerned, i.e. the rapid adoption of digital currencies for everyday use, in our normal lives, when we go shopping, or make regular payments for goods & services.

For instance, it is not uncommon to see the prices of popular digital currencies, such as Ethereum and Bitcoin, to fluctuate between 10-15% in a single day. Everyday payers and payees are therefore reluctant, to say the least, to part with, or receive, crypto that can be worth much more tomorrow, or much less.

In January, the popular British newspaper, The Telegraph, published an article titled, “Can Bitcoin or any other cryptocurrency actually work as money?”

In the article, The Telegraph wrote, “Most buyers of cryptocurrency are betting that the price of whichever ‘coin’ they buy will increase in value dramatically. However, the ultimate aim of many digital currencies is not to remain a highly volatile asset for speculative investors but to offer a viable decentralized alternative to the current system of money.”

The article further quoted Garrick Hileman, who holds positions at the London School of Economics and University of Cambridge and specializes in monetary systems, as saying, “Cryptocurrencies such as Bitcoin and Litecoin do function as a medium of exchange, as you can buy things with them. They do store value from day to day, although they are very volatile and the fact that they can lose value so rapidly is a major question mark.”

“Volatility is also a significant barrier to a cryptocurrency achieving widespread adoption. Buyers don’t want to hold currency ahead of a purchase when it could lose 90pc of its value tomorrow and don’t want to spend currency that could gain 50pc in hours. Similarly, sellers don’t want to accept a form of payment that could fall in value dramatically once they receive it”, The Telegraph concluded. 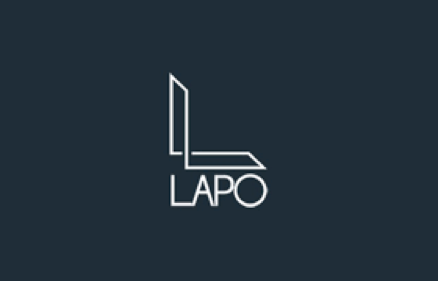 Lapo believes that stability is a key requirement of any currency that aims to create a favorable economic environment where activity & growth are the desired outcomes.

And, to cultivate & achieve the aforementioned objectives, Lapo is rendering its LAX cryptocurrency perfect for everyday use, by combining its monetary policy with Artificial Intelligence (AI) into a holistic solution, called “The Stability Fund”.

The AI algorithm for Lapo’s Stability Fund has been programmed with one, overriding global mandate in mind, i.e. the stability and long-term growth of the value of its LAX coin.

The Lapo algorithm detects artificial price volatility in terms of LAX, such as “pump and dump” schemes, often perpetrated by opportunistic crypto traders seeking to manipulate markets for their own gain.

And, where such unusual price spikes or troughs are detected by the AI algorithm,

then it automatically purchases or sells LAX in the open market, to the extent that is necessary to return the LAX price to the levels supported by natural market activity, in contrast with the manipulated spikes and troughs.

The Stability Fund is the mechanism that is employed by Lapo to ensure that the LAX price reflects a true representation of normal market activity, by equalizing or smoothing out the effects of artificial volatility.

The Lapo AI algorithm operates according to the principles of the “Seigniorage Shares” concept, which is further explained under How the Stability Fund Works, in the Lapo whitepaper.

As a non-collateralized coin, the value of Lapo’s LAX is independent of other currencies, such as the US Dollar, Bitcoin or Ethereum. Because Lapo’s Stability Fund removes any & all incentives for potential market manipulators to try and control the price of LAX, the coin outperforms the others as a stable store of value.

The LAX Coin is the core currency of the LAPO ePlatform and can be easily converted at any time to other cryptocurrencies or traditional (“fiat”) monies.

The LAX Coin is required for all exchanges of value on Lapo’s decentralized, blockchain, payment ecosystem.

The Lapo ICO is currently underway and you may Register online to get 50 LAX for free!

Because, there is a limited supply of the LAX Coin available, its value is expected to rise in the open cryptocurrency market as demand grows over time. 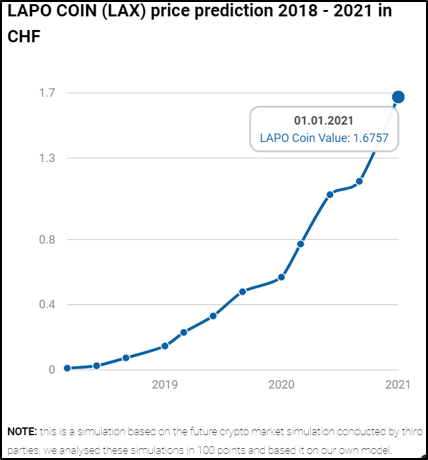 The value of LAX Coin is expected to rise

While a detailed summary of the Financial and Presale Information may also be viewed in Lapo’s whitepaper.

LAPO Blockchain is a Swiss-based project in Zug and Zürich, under the capable leadership of ten skilled and experienced Members, also a board of five Advisors.

The exciting journey of Lapo started in 2017. While several Development Milestones have already been achieved to date, many more are in the pipeline for the years & decades to come.

We all love crypto. But, after years of severe volatility, we are now looking forward to enjoying the stability that is required for digital currency to take its rightful place as the world’s favorite medium for the exchanging of value.

Enters Lapo and the LAX coin, the perfect crypto solution for normal, everyday payments of goods & services right across the planet.

High chances for Ripple (XRP) reaching $5 in the following months