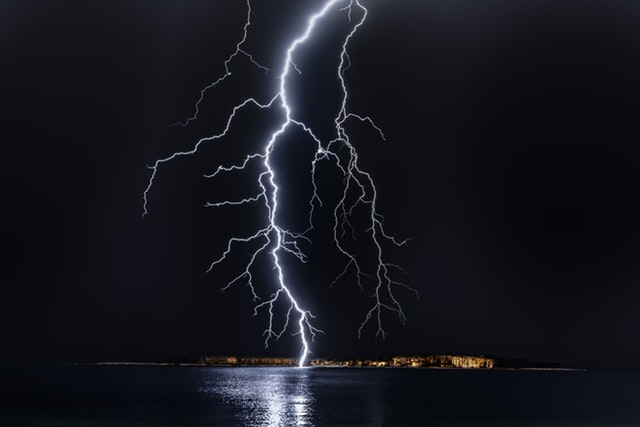 The Lightning Network has gained another strong supporter, with a large part of the crypto community standing behind him. The founder of Litecoin (LTC), Charlie Lee, did not exactly try to hide his support an enthusiasm for LN. He was especially supportive of it yesterday when he released a tweet stating that the LN might even become a full decentralized exchange, where LTC could play a large role.

Lightning Network will be the ultimate decentralized exchange. Users that are running LN on both BTC and LTC can advertise an exchange price and act as a maker earning a spread. Other users can act as a taker and atomically swap LTC/BTC with the maker node via lightning. ⚡????????

According to him, those who find that BTC takes too long to process the payments, and has too high fees could easily open an LTC payment channel. This is much cheaper and quicker solution, and going through with atomic swaps in order to get Bitcoin (BTC) is the easiest thing to do at this point. Generally, his opinion is that LTC has a great potential to become the best crypto to be used on LN.

Litecoin will also be the easiest onramp onto the Lightning Network. BTC takes too long and fees to high? No problem. Open an LTC payment channel on chain cheaply and quickly, then atomically swap for BTC if/when you need to. This can be done in one step using submarine swaps! ????

According to Lightning Labs, the network already has a beta feature that allows the selection of two coins. However, the connection has yet to go live on the MainNet. On the other hand, LTC already has an independent LN and has already finished testing the atomic swaps. Still, there is still no realistic way to achieve interoperability between the blockchains.

Despite this, LTC continues to remain among the most actively used cryptos due to its low transaction fees and great speeds. Bitcoin’s network is also working to overcome these issues, and the fees are already a lot lower than they used to be. Through the use of LN node routing, Bitcoin is also trying to increase the size of the transactions as well.

The LN still has potential, it just needs better solutions

The Lightning Network has been in development for several years now, and the team behind it has made a lot of progress in that time. It eventually went live earlier this year, in March, and it started out as several experimental channels that were used for making very small transactions.

Soon after the launch, a number of traffic troubles appeared, and there were even some small losses during at the beginning. The risks were still present, and the users were advised to only test the network out, and not use it for serious, large transactions. Despite the rough start, things did get better over time, but there is still much work to be done, and the LN’s capacity remains limited to this day. Additionally, not all of its nodes have the same level of importance.

As an attempt to expand the LN, Viacoin’s (VIA) chief developer tried to connect it to the Bitcoin Lightning Network. However, such attempts have failed. However, Viacoin does seem to be the right candidate for future swaps with Bitcoin, and so does Decred (DCR).

For now, the LN remains an experimental setup, at least until the major issues are resolved. There is still a lot of testing involved, and even more that has yet to be done. However, Running a node on LN is not free, and the larger the node, the bigger the influence that its owner has.