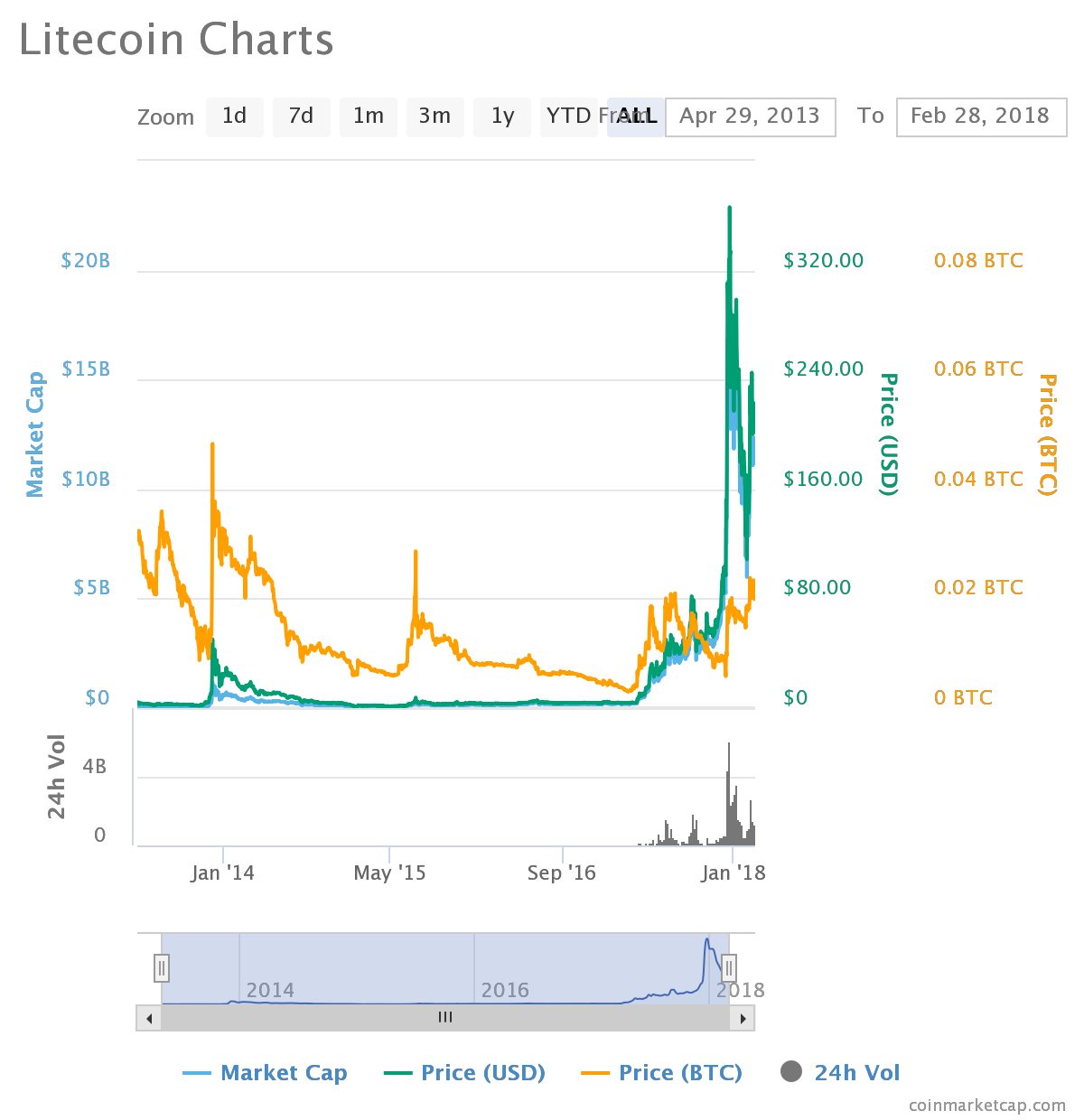 LiteCoin came up with the recent positive change in its price after a disappointing week for the cryptocurrency market. After having so many currencies going down in price over the last week, it is a true refreshment to see many of those currencies bouncing back up again.

LiteCoin is one of such currencies thanks to the latest rise in its price. It is said, however, that the most recent positive change is actually the result of the announced launching of LitePay. Let’s see what LiteCoin has been up to these days and how LitePay might affect the value of this currency.

The Announcement of LitePay and LiteCoin

After a series of rises that were later on followed by a row of falls, LiteCoin is trading in green once again. This case might easily and most probably be the result of the announcement that LitePay is being launched. The day of the launching occurred yesterday on February 26th, and all users are eager to see how this handy “little” improvement is going to launch LiteCoin to the top.

In case you are familiar with BitPay, you can surely guess that LitePay is actually launched as an alternative to this Bitcoin’s handy feature. Everyone following up with cryptocurrencies have noticed over time that Bitcoin and LiteCoin are competing in a way since LiteCoin is basically much like Bitcoin, but with some major improvements that might make LTC a bit more desirable these days.

The thing that makes LiteCoin stand out when compared to the way Bitcoin works, is the fact that LTC is actually faster and cheaper, which makes it a cost-effective alternative to BTC.

Now, when LitePay is in the picture as well, LiteCoin has possibly signed up for brighter days on the crypto market – at least for now.

With LitePay, LiteCoin users will be entitled to promptly converting LTC to USD and vice versa while also being able to make real-time purchases on the global level.

What is going on with LiteCoin?

February 21st was pretty easy on LiteCoin since this currency managed to climb up to dealing at its peak. The price of LTC at the time was the amazing 252$ per one unit. But, in the following days, LTC saw a downfall reaching a price of 234$ then further dropping to a price of 228$ per one unit.

Over the last week, LTC fell down for over 20% against the dollar but has again seen a brighter day when this currency had another rise. This time, the rise occurred on February 26th, which is also the day of the LitePay launching. At the time of the launching in the period of 24 hours, LiteCoin had another rise that made the currency deal at a bit over 222$.

The day after, on February 27th, LiteCoin had another drop. This time the price fell for -3.67% against the dollar. Consequently, LTC is now dealing at 220.35$ per one unit.

So, although LTC managed to bounce up again, its price dropped once more. It may be the case that a lot of holders decided to sell their LTC units so they could get some profit from the latest rises, so the price fell as a result.

Whatever the case, the founder of LiteCoin Charlie Lee claims that LTC will surely catch up with BTC in the time to come. Charlie Lee sold all his LiteCoin units “due to the conflict of interest” and in order to show the true meaning of decentralization and decentralized platforms where there is no place for personal interest of third parties.

Bringing Crypto to the Masses with Electroneum (ETN)

The Republic of ICON (ICX)