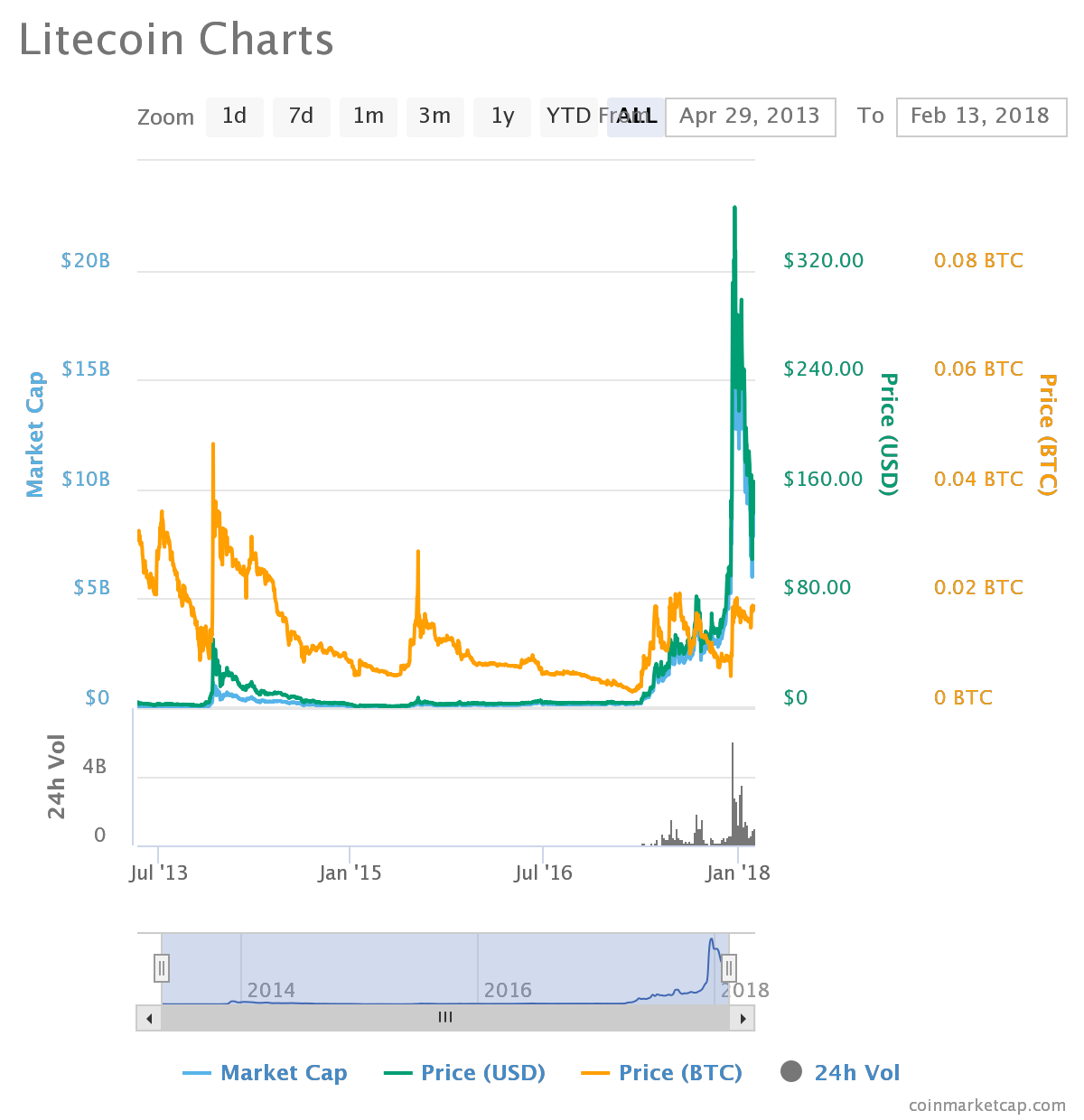 LiteCoin seems to be entering the waters of the Deep Dark Web as this coin has become the top choice of criminals working with digital currencies in this unexplored dark part of the Internet. So far this place was reserved for Bitcoin, but as Bitcoin is slowly backing up, being slower and more expensive to work with, LiteCoin is taking its place by chance.

What does this mean for LiteCoin and what kind of future lies in the following months for this digital coin?

A Reminder about LiteCoin

When talking about LiteCoin the best coin to compare it to is probably Bitcoin. It is also impossible not to know, even if you are not as informed when it comes to cryptocurrencies, that Bitcoin was originally designed to be used for purchases that cannot be traced back to the person making that transaction or receiving money. That is how the original usage of Bitcoin tokens, otherwise known as BTC, was used for purchasing illegal products and services within the Dark Web. That is basically how Bitcoin become the largest coin currently available on the market – Bitcoin is THE original coin, it was the first prototype of cryptocurrencies, and it made a breakthrough in blockchain technology enabling new coins to appear and get launched. But, since LiteCoin is exactly by the mold that Bitcoin is made by, this coin seems to be expelling BTC out of the game.

How Come LiteCoin is winning over Bitcoin Users

This is the case because you can get faster and cheaper transactions with LTC tokens than with Bitcoin, which is why people are selling off their Bitcoins or exchanging them for LTC tokens.

This is not only the case on the Dark Web because many investors and coin holders are also massively exchanging their Bitcoins for LTC. Not only does LTC makes up for faster and cost-effective transactions, but it also works faster while operating within its blockchains, providing members with the better user experience.

That is also how Bitcoin is losing on its value, and LTC tokens are growing rapidly, hitting the all-time high for this coin, which occurred somewhere in December 2018 when this currency was dealing at 360$ per one coin. During that time, Bitcoin wasn’t doing that bad either. However, the massive decreases in the trading price seem to be pushing BTC out of the game. Although this coin is still holding the first spot on the global coin ranking list, given the fact that BTC is at the same time THE original coin also making it the oldest digital token, it is only a matter of time when the majority of holders will pass onto other coins. LiteCoin in that story makes for a perfect alternative since it works exactly like BTC coins only faster and with far lower fees.

How will LiteCoin be doing in the following months?

LiteCoin currently holds the 6th spot on the global coin ranking list, dealing at 156$ per one coin with the latest decrease of a bit over -1% against the dollar, which is not that bad in oppose to the decreases this token suffered from only a couple of weeks ago.

Unfortunately for many users who were happy about the major increase back in the December 2017, LiteCoin was a part of the massive selloff that all top 20 cryptocurrencies have gone through. Still, the fact that this coin is being used on Dark Web as a commonly used coin with over 30% of purchases being done with LTC, it may occur that LiteCoin could be looking forward to a new increase after a series of horrible decreases.

The massive selloff took almost 40% of the total market capitalization of all existing coins, so the beginning of 2018 wasn’t as easy for the bog coins as it was predicted early on in December of 2017 when almost all tokens were going through a breakthrough, having a huge increase, one after another.

Is LiteCoin Worth it?

Regardless of the latest decreases that killed the price for more than a half of its value in only two months, LiteCoin is still holding on. A part of this ”holding on” comes from the fact that the Dark Web criminals simply love this currency, which is not bad at all when it comes to the price of LTC. The more one coin is used and purchased or exchanged, the more value it adds to itself.

If you add the fact that LiteCoin is mineable which gives more opportunities to miners, LTC has a future despite the recent extensive drops.

Kin (KIN): How You Can Benefit From The Drop