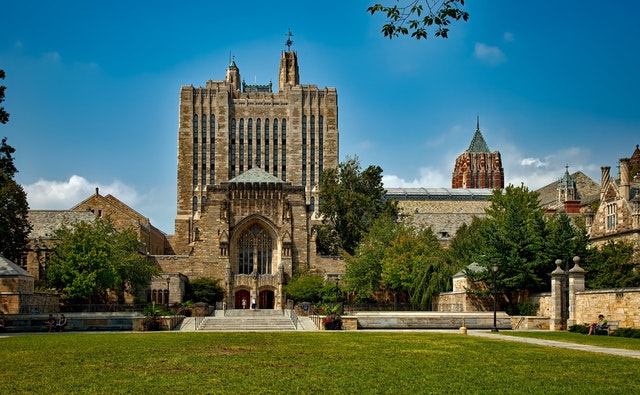 Ripple seems to be more serious than ever when it comes to mass adoption. News revolving around XRP and the Ripple Foundation is constantly hitting the headlines around the world wide web. Starting with a $4 million donation on the Ellen DeGeneres Show from Ashton Kutcher, there came another donation with Ripple standing behind it as a generous sponsor. This time, $50 million will be donated for the purpose of speeding up the adoption of blockchain technology, and the donation will be split among 17 universities.

Ripple has made yet another great move towards speeding up the adoption of blockchain-based technology, while specifically aiming at having Ripple’s technology massively adopted obviously as soon as possible.

As we have had a chance to heard more than several great news revolving around Ripple and Ripple foundation for the past several weeks, including the latest revelation of having OnePay FX launched with Ripple’s technology as the spinning wheel of the first mobile crypto payment service launched by Santander, which is one of the most prominent banks in the United Kingdom.

Several days ago, around May 23rd, Ripple was also heard of by millions of viewers on Ellen’s show broadcasted on NBC on Wednesday, when one of the Hollywood’s gems, Ashton Kutcher, has donated 4 million dollars in charity to Ellen.

The donation was made in XRP and Ellen could demonstrate the transaction speed needed for the transaction of 4 million dollars to be completed in a matter of seconds in front of the live audience and the viewers watching the show from the comfort of their living room.

The most recent donation made by Ripple is going to make 50 million dollars; however, the donation won’t be given away in XRP like the one that Ashton Kutcher donated on behalf of Ripple several days ago. Ripple will be donating this sum in fiat currency while 17 universities around the globe will get to a piece of the mentioned 50 million dollars.

The donated 50 million dollars will be given through the University Blockchain Research Initiative, and the donated sum will be given in the purpose of researching blockchain technology, digital currencies, development of blockchain and digital way of making transactions.

The team behind Ripple foundation stated that a lot of problems that are present in the industry of finances can be solved with the help of this initiative. Ripple has added that, in a way, they have decided to start with this initiative and donate the money to the universities because they have noticed that the demand for jobs related to digital assets and cryptocurrencies, as well as blockchain technology has increased by over 150% during the past year.

The team also added that a number of universities among the 17 educational centers and universities that the donation will be going to, is said to be using the Ripple’s technology and XRP for their research purposes, while Ripple foundation didn’t add this as a needed requirement within the mentioned blockchain initiative.

The main goal behind this donation is to sponsor research among different universities around the globe in order to speed up the mass adoption of cryptocurrencies and blockchain technology.

Ripple seems to be rocking the crypto market as well as making it in “real life” with partnerships with banks and financial services like Santander, Western Union, MoneyGram and other valuable partners from the finance industry.

The market is once again turning sluggish, with a great portion of currencies going down in the red while trading down against the dollar.

Although there is still a portion of assets that are going up with slight gains, XRP seems to be one of the cryptos going down in the red at the moment.

However, the most recent change in XRP price makes up for a minor drop of -1.13% against the dollar.

In addition to dropping against the dollar, XRP is seen rising in oppose to BTC at this moment, while going up by 1.40%.

Following the latest change in the market, XRP can be traded at the price of 0.65$ per one unit.

Bitcoin, Ethereum (ETH) or Ripple (XRP): Which Cryptocurrency Will Benefit from the Policies of Donald Trump?