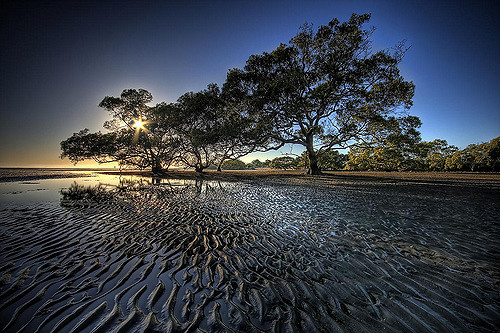 Ripple continues to dominate the cryptocurrency news cycle, between new products, new partnerships, and global events. Their work with major financial institutions places them at the forefront of blockchain’s general adoption. Among their clients are traditional corporate giants like Western Union, Santander, and even IBM. Alongside these profitable ventures, Ripple’s recent philanthropy work brought a major amount of good press to the cryptocurrency industry. Their fulfillment of every crowdfunding campaign on DonorsChoose.org made the television airwaves on Stephen Colbert’s late-night show.

Yet there’s one blockchain factor that Ripple avoided since 2015. Smart contracts for decentralized applications have been notably absent. Their decision to shelve Codius, their native smart contract platform, made sense at the time. Smart contracts were not proven technology, and Ethereum’s creation did not happen until a month later. Now that smart contracts are a regular factor of cryptocurrency projects, it would seem Ripple is back in the game. Codius’ site is back up and working.

Originally announced in 2014, Codius began as a means for ‘distributed apps’ to run on the Ripple platform. Terminology and operations changed since then, but the general idea did not. Unfortunately for Ripple, their decision to suspend operation on the Codius platform prevented them from being first-to-market with a smart contract solution. However, their products continue to do well, and no one can accuse Ripple of failure in any regard. The cryptocurrency market may seem massive now, but it was only a small fraction of its current size in 2015. Ripple, perhaps correctly, believed that the market at the time could not support the Codius platform.

The environment now is much different. Smart contracts are a regular feature of blockchain platforms, and the market’s size has grown exponentially. Further, smart contracts are one of the most attractive features of blockchain technology for traditional businesses. If Ripple can successfully develop an easy to use, seamless smart contract platform, they could expand their offerings even beyond the already impressive array. The CTO of Ripple, Stefan Thomas, floated the idea of reviving the platform as early as August of 2017. Obviously, the latter half of 2017 and the beginning of 2018 proved quite hectic. Now that the market stabilized, it makes sense for Ripple to begin looking to new product lines.

Ripple’s payment protocol already provides a centralized system through which financial institutions can upgrade their legacy networks. Decentralized applications appeal more to small businesses and start-ups, or even end users. This type of trust-less, automatic process extends the capabilities of a traditionally distributed ledger and provides the framework for development teams. Rather than just simple transaction system that we see in the ‘x’ series of Ripple products, there is the potential for fully featured, robust financial applications that would make Ripple more attractive to the average person.

Further, the ability to institute smart contracts can help with RippleNet’s bridge-currency procedure. A system that creates automatically executed contracts when fiat pairings are matched allows an increased liquidity level. Even beyond the impressive state of the current Ripple liquidity pool, smart contracts add one more level of contingency plan.

Ripple’s value steadily increased throughout the beginning of Q2 2018, roughly in line with the rest of the market. Now emerging from the bear market that dominated the first quarter of the year, the market is poised for a bull run, with sideways movement from most major currencies. Given Ripple’s major advances during the market doldrums, there’s a high chance that it could see another spike in value as products begin coming to fruition.

The addition of a smart contract layer can only help this process. Expanding product potential and the opportunity to attract a greater amount of development teams helps to dispel some of the persistent skepticism from the cryptocurrency community. Ripple easily has the best public relations arm of any blockchain project, and there’s little doubt they’ll continue to use it to their advantage.

NEM (XEM) to Join Forces with Abra and Paytomat

Throw away your resume! The new dynamics of talent acquisition