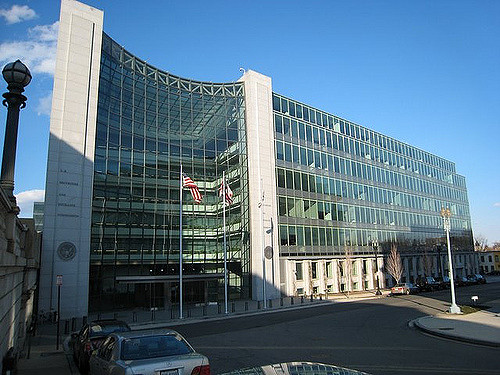 The question of Bitcoin ETF still remains in the air, as the US Securities and Exchange Commission (SEC) announces another delay. The regulator has been receiving crypto ETF applications for a long time now, and while most of them were rejected, several requests received high amounts of praise and attention.

The regulator was expected to finally reach the decision regarding one such proposal, submitted by the San Francisco-based asset manager, Bitwise, by tomorrow, April 2nd. However, the SEC recently announced that the decision will be postponed yet again. As things are now, Bitwise’s proposal will be considered once again in mid-May 2019.

In many ways, Bitwise application was similar to many others, asking permission for operating ETFs which would be backed by Bitwise Bitcoin Total Return Index. According to the company, the index would allow investors to tap the largest crypto asset in the world. Not only that, but it would also include all of Bitcoin’s largest hard forks.

The company’s proposal also implies that the assets would be 100% secure and that they would be held by a regulated, institutional third party, acting as a custodian. Meanwhile, the index would be based on prices listed on various digital currency exchanges.

However, the SEC is either unsure of the proposal, or it wishes to delay the decision for some other reason.

The SEC struggle with ETF requests

As mentioned, this is hardly the first time that the SEC has faced such a request — or that it postponed the decision. Previously, blockchain technology company SolidX, partnered with VanEck, also submitted a proposal which was highly-anticipated. The proposal was filed all the way back in mid-2018, and the US regulator was expected to reach the decision by November.

As the government shutdown prolonged, it was impossible for the SEC to do proper research and consideration. Many speculated that the ETF request might be granted by default, according to current US laws. However, the companies seemed to believe that working officials might refuse the request simply to prevent this. Since the risk of being refused was too great, VanEck and SolidX decided to withdraw the proposal, and wait for better times before submitting it again.

The request has yet to be re-submitted, and Bitwise proposal took the stage as the next highly-anticipated request — one that is seemingly following in SolidX’s footsteps. The regulator now once again has a month and a half before reaching the decision, with many hoping that it will finally be a positive one. However, whether or not this will happen still remains to be seen, as the SEC gives no indication regarding the request and their stance towards it.

The SEC received numerous other requests as well, and in mid-2018, they rejected as many as 9 of them within a single month. However, soon after the rejection, the regulator announced that the requests would be taken into consideration once again. Even so, not one of them has been given grant as of yet.