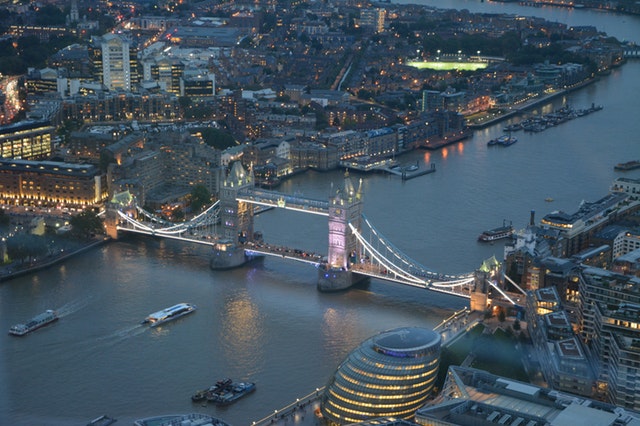 The crypto community is still waiting for the US SEC to approve Bitcoin ETFs, with speculation which application might get approval being one of the hottest topics in 2018. However, come 2019, the US government shutdown dragged on, and the Bitcoin ETF request which had the most potential to see a grant got withdrawn by the very companies that submitted the application.

While the question of BTC ETF remains hanging in the air, blockchain-focused ETFs seem to be a different matter entirely. In a recent announcement by an independent investment managed firm called Invesco, the company has stated that it was about to launch the largest blockchain-focused ETF in the world. They managed to go through with this plan, and the ETFs have reached the London Stock Exchange today, March 11th.

The exchange-traded fund includes a portfolio containing as many as 48 different firms which are bringing exposure to the emerging technology. Among them, there is Taiwan Semiconductor Manufacturing, which is a well-known creator of chips used for crypto mining, as well as the CME Group, which is the first regulated exchange in the US which launched Bitcoin futures. There are many other well-known companies as well, such as Intel, Microsoft, and others.

Chris Mellor, the Invesco’s head of ETF equity product management in Europe, said that blockchain has a huge potential to increase earnings, even though this potential was not always reflected in companies’ share prices.

The report also mentioned that the portfolio of 48 companies is based on a proprietary scoring system, which was created by Elwood Asset Management. This is a specialist crypto investment boutique which is backed by Brevyn Howard hedge fund’s co-founder, Alan Howard. Meanwhile, Elwood’s CEO, Bin Ren, stated that blockchain potential goes far beyond just cryptocurrencies.

According to him, the blockchain technology is starting to see numerous other uses, and while most of them are still within financial services, other greater applications are expected to follow as well.

Blockchain-focused ETFs on the rise

While Invesco’s blockchain-focused ETF certainly received the most attention, it is not the only one. In fact, there are several others on the US and European markets. Even so, they attracted little capital so far, which is potentially one of the reasons why they failed to attract greater attention as well.

The largest of them, known as the Amplify Transformational Data Sharing ETF, currently only has around $110 million in assets. Even so, the global interest in blockchain technology seems to be intensifying, as many have predicted in 2018. While the technology has been around for an entire decade now, it was unknown at first, and then ignored, likely due to its connection to cryptocurrencies, which the banks attempted to bash at any given opportunity.

However, since the blockchain started taking a separate way — still tightly connected to crypto, although showing that it can do much more — even the banks started paying attention. But, while the blockchain may be doing well in 2019, there are still no signs that situation will see any significant change on the crypto front. Bitcoin ETFs remain as unlikely to see the regulatory approval as ever, and many are wondering what is next in store for the crypto space.

Related Topics:blockchainBlockchain TechnologyETF
Up Next

Why Bitcoin Price Remains Stable Before the Expected Hike

Could Jeff Bezos Turn to Bitcoin to Hide Fortune from Wife?