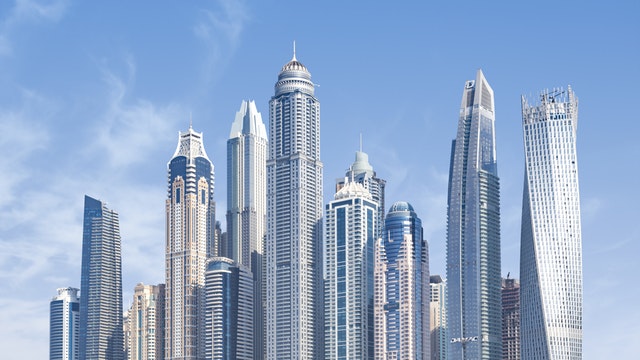 Blockchain began in 2013 and reached its all-time high in 2017. Blockchain is seen as the most important form of technology because without it bitcoin is unable to function. Blockchain has contracts within its system and data exchanges of which are presented in a cryptographic form. Bitcoin, as well as other cryptocurrencies, make up only one application to blockchain. The International Monetary Fund has even begun exploring ways to make use of the blockchain technology in terms of their own trading as well as special drawing rights. The blockchain innovation is being led by some surprising countries such as:

Dubai has been aiming to become the forefront of blockchain with their goal to implement 20 blockchain initiatives in 2018. The Dubai government supports the modernization of applying blockchain services in several sectors.

Since as early as 2016 the UK government had strategies to make use of blockchain in order to reduce the rate of fraud and corruption. Innovate UK, which is the UK’s technology development agency provided £248K GBP towards the blockchain startup to develop a world-wide solution for financial transactions. This type of behavior has encouraged online gambling technology providers like FunFair to embrace the technology.

In Japan there’s a person or group of people who are seen as the founding members of the development of a protocol of cryptocurrency and that they developed the original software where the blockchain code was applied. Japan is the only country which has been able to implement a system capable of adapting to cryptocurrency transactions.

With regards to cryptocurrency, we usually think of Bitcoin. It is the most popular type of cryptocurrency which enables financial transactions between people without a middleman. In countries all over the world, different governments apply different approaches of implementing cryptocurrencies. Bitcoin has created not only lower costs for the use of financial services but also has created a more efficient system. Bitcoin is owned by people and not by companies or government thus provides owners with more control and freedom which is more beneficial to them. Many countries have started to adapt and implement the ground-breaking technology that is bitcoin, such as:

The US consists of the most people in the world who use cryptocurrency and in terms of the number of people trading bitcoin. The US is seen as having a supreme financial status therefore many nations look to them for guidance in terms of cryptocurrency. They also have the highest number of Bitcoin ATMs and Bitcoin trading volumes internationally.

In Italy tax authorities have adopted Bitcoin as a form of financial exchange. Sales that are paid for through Bitcoin are exempted from Vat. Italian tax authorities charge income tax on Bitcoin based on the manner that it was used.

Digitex — A Zero-Fee Crypto Futures Exchange To Launch in Q4