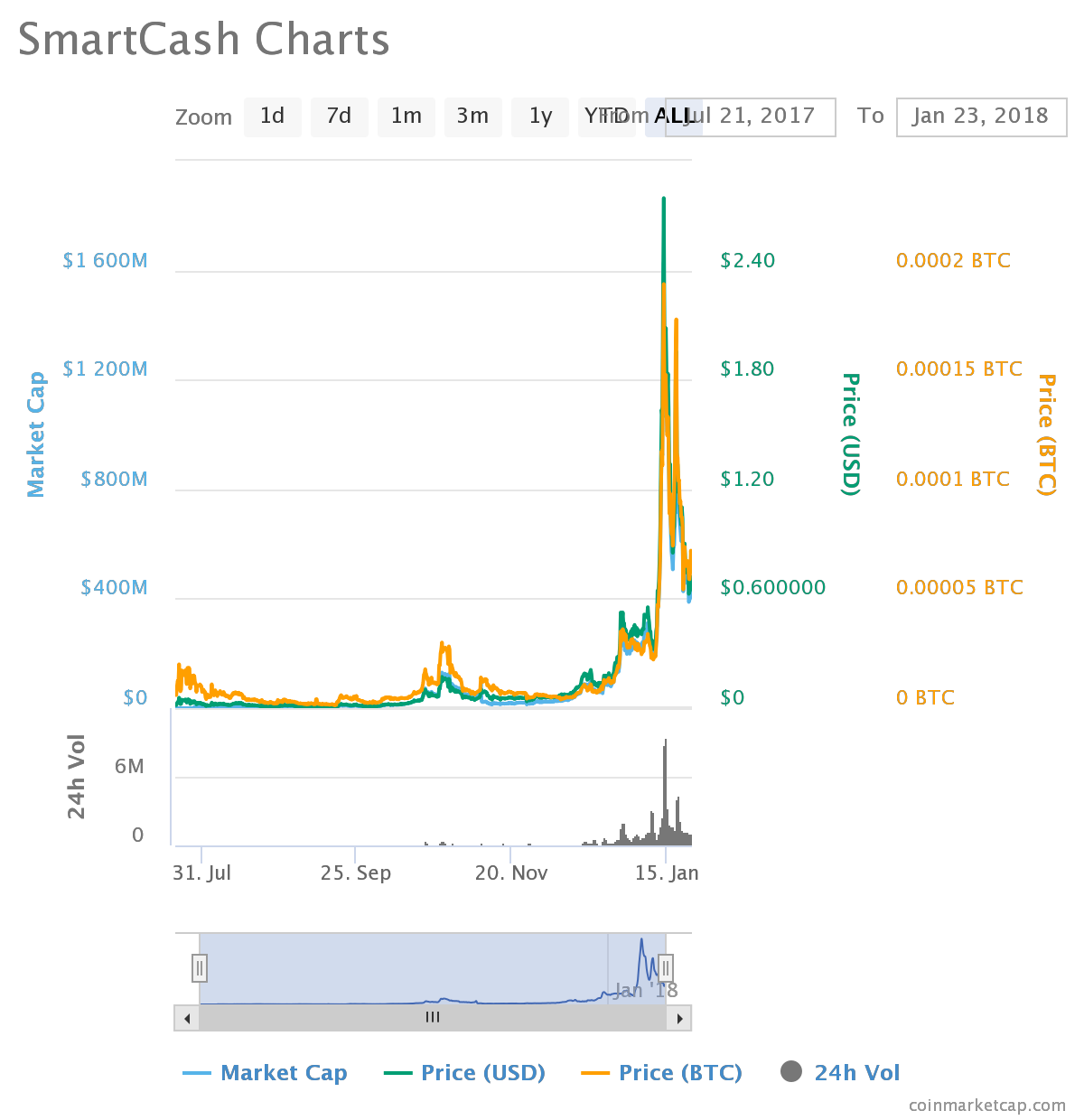 The majority of digital coins that we know today were launched in 2014 when people started to see great potential in Bitcoin, although not risk-free as we witnessed a couple of days ago when major coins seemed to be crashing. But, SmartCash is one of the coins that originated 3 years later in 2017. The fact that SmartCash is one of the youngest digital currencies draws even more attention to this digital coin as it seems that SmartCash is progressing promptly, slowly over passing competition among small coins that are still holding under one dollar value even 2 or 3 years after being launched. Why is SmartCash progressing as fast and how does this digital currency work?

SmartCash, just like any other digital currency, is made to fit the blockchain technology that makes decentralization possible. SmartCash exists thanks to the thousands of different computers simultaneously working on keeping the blockchain nodes that support this currency alive. But there are lots of features that make SmartCash stand out from the crowd, which might be the answer to the way this almost new cryptocurrency is doing so well even in the hard times.

Now, you might wonder: what am I going to use those smart points for?

We’ve got the answer for that question as well.

Apparently, SmartCash is learning on other currencies’ mistakes, so they established this reward system to encourage people to keep their SmartCash coins and avoid selling them off. You surely remember the debacle revolving a massive selloff that occurred a couple of days ago – if the currencies that suffered massive decreases weren’t being sold in large amounts, the decrease wouldn’t have happened.

So, SmartCash encourages people to hold onto their coins, that way building a secure and stable currency that relies on a strong community as a backup. So, there is something in it for developers as well. But since SmartCash is all about community, this reward system wasn’t made out of selfishness or to make profit, which leads us to the explanation of what Smart Hive is.

SmartCash developers also developed a community platform called Smart Hive. The original idea behind this type of community was to surpass traditional Core teams used in other crypto platforms and create a community that would work as a bee hive. That means that all holders and investors have a say in what happens to SmartCash.

That is how we arrive to an explanation of what good Smart points are. Each smart token counts as one vote in community called Smart Hive. In case there is a change being announced regarding the way SmartCash or Smart Hive is functioning, the entire community is then invited to vote through a system called Smart Voting. Each token represents one vote, so the more tokens you have, the more votes you are allowed to add to the voting poll, which is at the same time another great strategy posed by developers for keeping SmartCash stable. Simultaneously, they are also creating a strategy that enables community members to have a say in everything important, creating a real public value that is also sustainable – bee hive style.

Another great feature being added in 2018 is Smart Pay technology which would enable all users to make fats transactions with faster performance than the one you have with using credit card or any other type of payment. Bitcoin or similar currencies don’t have the option for creating such prompt transactions as functionality is limited by its technology, so this feature should represent a breakthrough when it comes to how transactions are operating across blockchain nodes.

If SmartCash keeps up with the current development pace, this digital asset could soon become one of the big coins – currently rated at 55th spot on the global coin ranking list, it is more than possible that this coin will soon join a more exclusive list, probably climbing the ladder of top ten.

With the current step of growth, it is expected that this coin (if it continues with current success and stable status) will gain up to 500% increase during the next 5 to 6 months. This is only a suggestion based on the previous performance this coin had where it came up for more than 500% during the period of August 2017 to January 2018.

We will be updating our subscribers as soon as we know more. For the latest on SMART, sign up below!

Dent (DENT): What Is Dent And Should We Be Interested?

Here’s How Electroneum (ETN) Gets To $5