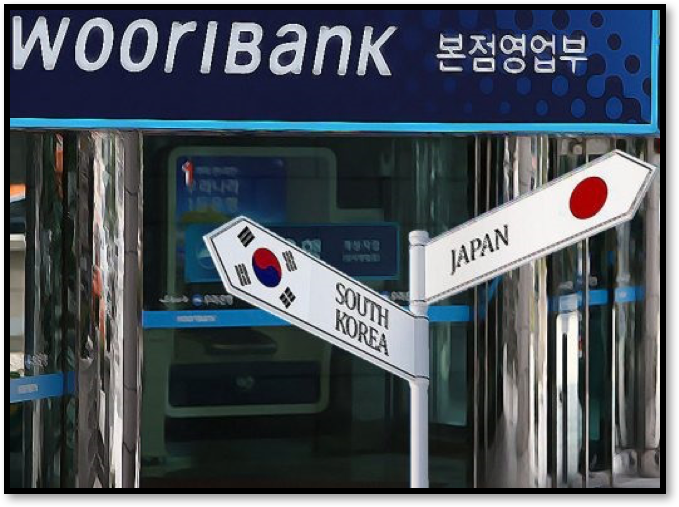 If you are following the trends of the crypto market, you must be aware how South Korea’s announcement of a ban on cryptocurrencies has resulted in catastrophe, bringing down the prices of almost all the currencies, small and large. In the thick of the chaos, with the coins dropping to their lowest value since December, the price of Ripple, except for a couple of instances, has been fairly constant. Although the price of XRP showed fluctuations, its value was less volatile, drawing new investors to its ecosystem.

Ripple (XRP), which has been a lucrative medium of payment, has witnessed many profitable tie-ups recently. It added another golden feather to its cap as South Korean Woori Bank finalized its plan to commercialize its Ripple based platform. Apparently, it has completed the first trial of the blockchain technology which anticipates revolutionizing cross-border remittances. After the success of the first trial in January, Woori Bank is all set for the second phase. According to the sources, the bank is planning to launch its DLT payment following the examples of 60 Japanese Banks which are joining the trials initiated by the SBI group.

Apart from the news of Woori Bank’s tie-ups, XRP has created quite a buzz among the Japanese banks, bolstering XRP’s status in the crypto market. The Japanese banks which are planning to integrate Ripple into their financial systems have opted for similar trials. The recent experiments with the blockchain technology have underscored how decentralized platforms if strategically deployed, can create a medium of faster and cost-effective transactions. Such prospects, which have captured the attention of many financial institutes in the past, can be a boon to the Korean economy. With Woori Bank latching itself to Ripple, the future of the blockchain technology looks quite bright. One big reason why the developers decided to choose Ripple is that it has already earned a great reputation in these countries. By implementing blockchain system into traditional banking institutes, all transactions can be processed faster and at much lower rates.

Japanese banks haven’t made it official whether or not they are going to implement Ripple in the future. As of now, the banks are testing with a basic form of Ripple to determine its efficiency when integrated into the financial systems.

Appropriation of Ripple by Woori Bank

The developers associated with the Woori Bank project have affirmed that many banking institutions are seeking to employ Ripple to their banking system for faster global transactions.

The representatives of Woori Bank have announced that their trials are going great, and if everything goes well, the system will be ready for global transactions by the middle of 2019. They also claimed that similar trials with Ripple are going on in Japan, where many traditional banks are working to introduce blockchain-based systems. According to the reports, Shinhan, the second largest bank in South Korea, announced their interest in the trails.

The success of the bank trials can only mean one thing; Ripple, as evident from the recent experiments, is ready to hit the mainstream banking waters in 2019.

This is What Keeps PacCoin Ticking