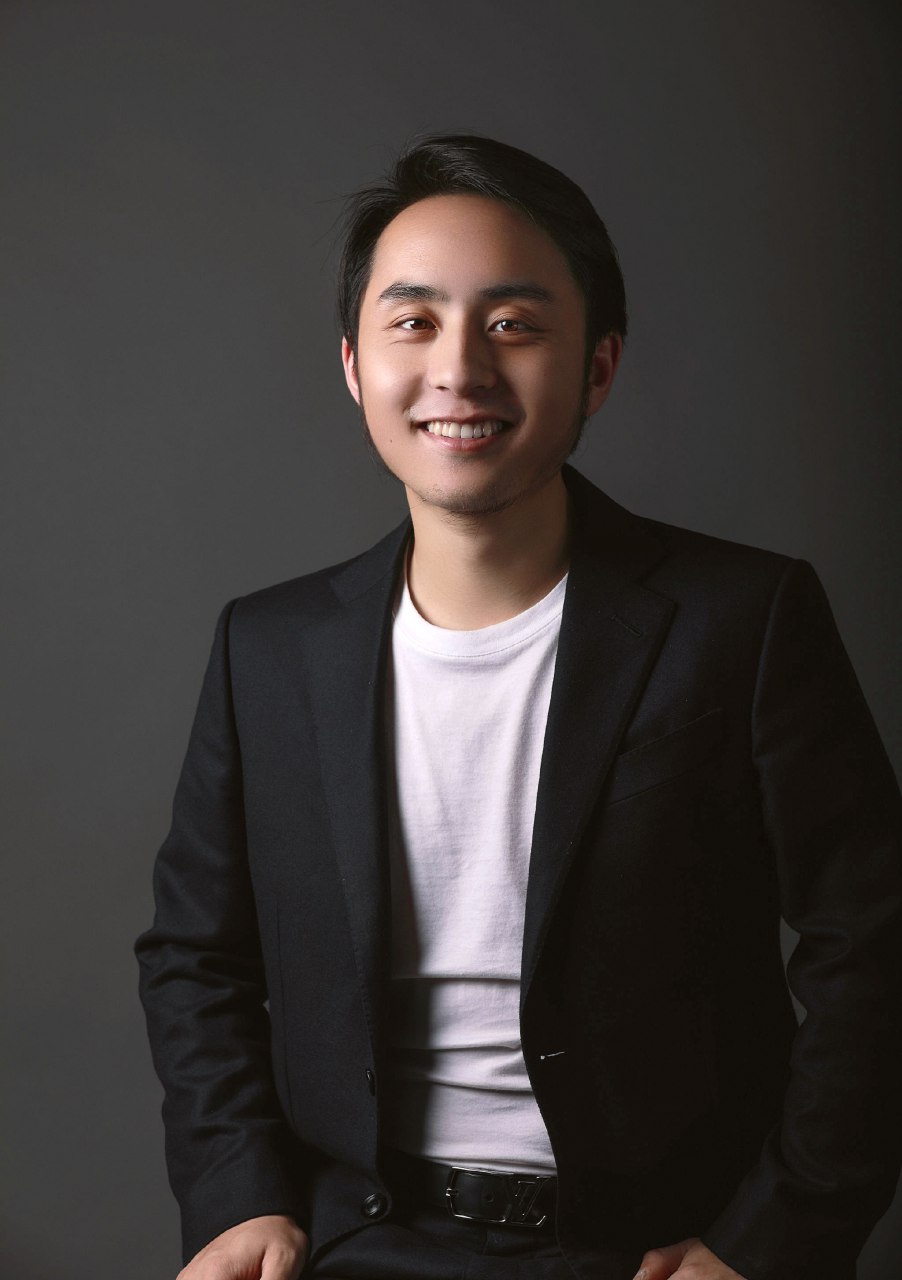 Way back in June 2017, it was beginning to look inevitable that the flippening would occur and Ethereum would take over the top spot of cryptocurrency market caps. With smart contract capabilities and an order of magnitude more potential applications than Bitcoin, everybody was keen to jump on the Ethereum bandwagon.

Of course, a lot has changed since then.

The speculation-fueled bull run that culminated at all-time highs in late 2017 for Bitcoin and January 2018 for altcoins was unsustainable. Talk of a global paradigm shift appears laughably premature in hindsight.

Today, prices have collapsed across the entire market, with Ethereum itself breaking below $100 last December after all-time highs of $1.4k just 11 months prior. Although a mini-recovery has ensued in early 2019, the situation continues to look bleak and the reputation of cryptocurrencies for the general public is still far from stellar.

“Cryptocurrencies, which were once the new darling and dream of investors have now taken a backseat, given the current crypto blizzard. To be sure, maintaining hundreds of billions of dollars in valuations supported by unsecured coin issuance was unrealistic and in the long-term, unsustainable. Ethereum as an infrastructure blockchain that other coins hinged on, was a temporary beneficiary and grew in valuation as a result, but without having the equivalent growth in infrastructure, ecosystem and mass adoptable applications.“

To make matters worse for the short-term, the US Securities and Exchange Commission (SEC) has begun cracking down on unregistered ICOs (initial coin offerings). It appears likely that hundreds and perhaps even thousands of projects will be required to return money to investors. And that has contributed in part to the massive sell-off of ETH during this bear market, as the vast majority of ICOs were on Ethereum and are now dumping what’s left of their reserves in favor of fiat currency.

As Du went on to explain, though, perhaps the SEC regulation and the bear market experience will serve as a valuable lesson for unsophisticated investors and builders in the blockchain industry alike.

“Now that the United States Securities & Exchange Commission has issued stricter regulation on ICOs, the once skyrocketing valuations have come back down to Earth. Ethereum’s inability to scale comes at great cost, not just to its own project, but to token holders and other tokens that rely on it. We see this with other infrastructure coins too, such as EOS. In the medium-term, they risk marginalization, as new public and sector-specific blockchains up their ante. Not all is gloom and, if anything, we must learn from this. At the end of the day, discerning investors should care less about short-term speculation and more about solidifying building blocks in the long-term to make blockchain a formidable and reliable ecosystem.“

It’s not surprising that there have been some growing pains in these early years, as big changes never happen smoothly. What we’re ultimately contending with when it comes to the big picture for cryptocurrencies is a potential redefinition of money and, as a result, the greatest transfer of wealth humanity has ever seen.

That possibility is what attracted many overzealous speculators to the hype-fueled market of 2017, but it can also be what attracts many more innovators and builders to contribute meaningfully to the ecosystem going forward. And indeed, 2018 did show some significant growth in measures other than price, such as the development of new decentralized applications. 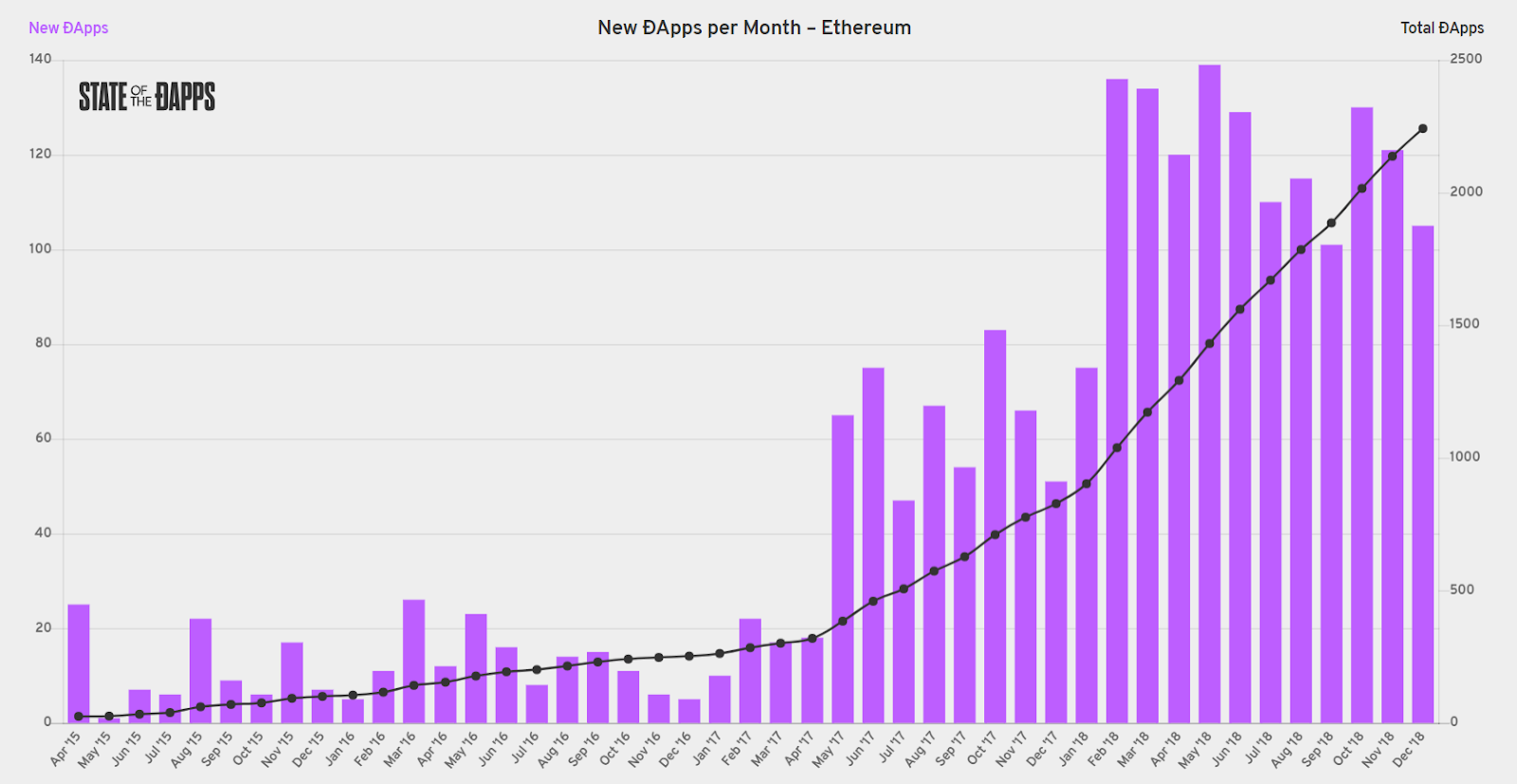 Ethereum is already being used as a base-layer supporting all sorts of promising and potentially world-changing applications, from decentralized prediction markets like Augur to security token platforms like Polymath and Swarm.

The CEO of the Ethereum-based project SingularityNET, Dr. Ben Goertzel, recently appeared on one of the largest podcasts in the world, the Joe Rogan Experience, and discussed the intersection of artificial intelligence and blockchain, explaining how Ethereum and SingularityNET enable A.I.s to send data, processing tasks, and transactions between one another autonomously.

All of that is just scratching the surface of what the Ethereum ecosystem can ultimately encompass in the years ahead. At the moment, however, it feels like just a distant dream.

The bear market and SEC crackdowns have ushered in a bitterly cold crypto winter and put an end to thousands of projects. Whether or not this winter is followed by a beautiful spring, only time will tell.