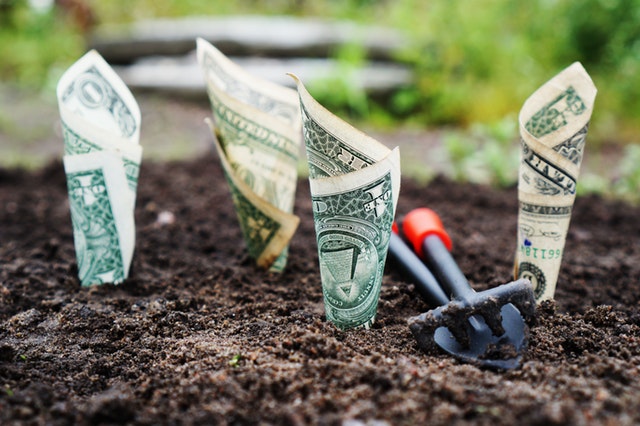 2019 has brought another change to cryptos, and the crypto winter seems to finally be at its end. The prices of many cryptos are already recovering, including Bitcoin, which finally managed to grow past the $4,000 mark and turn this level into its strongest support.

However, Bitcoin and most other top coins are simply too expensive for an average investor, and many who are just arriving at the crypto space are wondering whether or not there are other coins which might be a worthy investment. Of course, the coins would still need to have a future, and something to hope for — something which might ensure their success some day. We believe that there are several such coins already in the market, with three of them being so cheap that you can get a decent number of them even if you can only spare $5 for your initial investment.

The first such coin, with its price well below $5 is Stellar (XLM). This is a project that aims to provide regular people with the ability to quickly and instantly make international payments, at low fees and with transactions being processed and completed as soon as they are made.

Stellar chooses to offer its services to regular traders and investors, unlike its biggest rival, XRP, which opted to offer its products and services to banks and financial institutions. So far, Stellar has been one of the fastest coins in the crypto market, but its price still remains relatively low, with only $0.10689 per coin at the time of writing. Its use cases are much-needed in this day and age, and that will surely remain true in the following years.

Next, we have BAT, which comes in combination with Brave browser. BAT is a coin which aims to change the way advertising works. So far, companies that wanted to offer their products to a wider audience needed to pay massive amounts of money to companies like Google, Facebook, and alike. They depended on these companies’ reach, as well as their efforts to advertise their products.

BAT and Brave hope to change that, with Brave blocking all online advertisement by default, and providing people the opportunity to watch ads of their own free will. To give them an incentive, each ad they choose to view will grant them a certain amount of BAT token. This will basically take power from major corporations that are currently holding a monopoly on the web, and allow companies to connect directly to their customers, and gain valuable feedback in return.

Currently, BAT price remains low, only $0.231500 per coin. However, this is likely to change in the following years, as Brave acquires more users and expands its reach even further.

Finally, there is Steem — a coin that features its own social media platform, Steemit. Steemit is a social media platform for bloggers, which allows people to express their thoughts and feelings, share images and videos, and get rewarded for posting content that the community likes.

It is similar to Reddit in a way, with the biggest difference being the fact that each upvote will grant you a certain amount of money, donated in crypto. You can also get money for commenting on other people’s posts, and even by upvoting other posts and comments, thus contributing the platform by pointing out the best quality content and community members.

Steemit is considered to be one of the platforms of the future, while STEEM has the potential to dominate an entire group of social media dApps, such as Steemit itself, Dtube, and many others. Meanwhile, STEEM price remains quite low as well, currently being at $0.452716. However, in the future, as more people start turning away from centralized platforms like Facebook and YouTube, Steemit and other members of the Steem dApp family will likely be the best alternative, and the increased usage will launch STEEM price to the moon.

Is Bitcoin Price About to Enter a Bull Run?

Why Binance DEX could Change the World of Crypto Trading