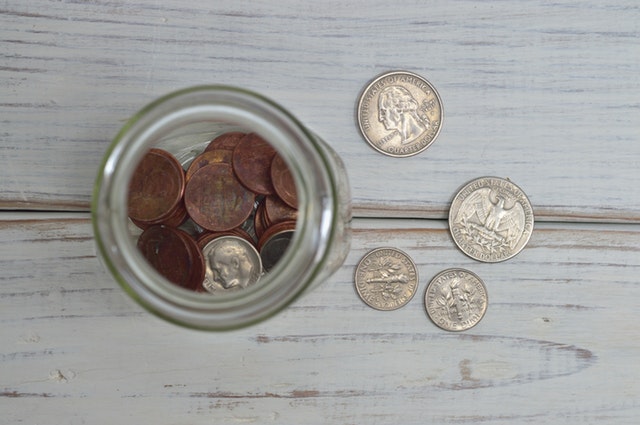 The crypto market may have taken a serious hit in 2018, but it is still massive and filled with over 2,100 different cryptocurrencies. Some of them can measure their value in hundreds of dollars, while Bitcoin itself currently has a value of nearly $3,500. However, there are also coins that can be bought with mere pennies.

However, the actual value of each individual coin is only what is going on on the surface, and to establish the success of these coins, one has to look past the price. Things such as market cap, trading volume, and the coin’s place on the list of largest cryptocurrencies are what determines which coins are popular.

With that in mind, let’s explore some of the penny cryptocurrencies — coins with a price under $1 — that are among the largest cryptos in early 2019.

XRP is the coin whose price still remains under $0.5, even after years of being around. It is currently the second largest cryptocurrency by market cap ($12,617,403,510), bested only by Bitcoin itself. However, not many people would think so when they see its value of only $0.306601 at the time of writing.

XRP is a coin developed by a company called Ripple Labs, which set up a goal of revolutionizing the payment systems used by banks and financial institutions. This is where XRP’s true value lies, as Ripple’s products use XRP for sending money.

Current payment systems used by banks around the world are considered to be old and outdated. They can no longer properly handle the needs of customers in the modern age. International transactions are especially bothersome, as each of them typically needs several days to be processed. While this may have been good enough some years ago, the current technology is advanced enough to make these payments cheaper and nearly instant.

Ripple’s products can do this, and they use XRP to transfer the money from one place to another. This is what makes the coin popular, and what puts it among cryptos with the biggest chance to reach mainstream adoption.

TRX, currently the 8th largest coin by market cap, is the next coin that is priced under $1, according to CoinMarketCap. TRON is a coin that aims to decentralize the web and completely revolutionize the entertainment industry. It started off as ERC-20 token, meaning that it was created on Ethereum’s network. However, it managed to launch its own blockchain in mid-2018, which is where its true development started.

After launching the MainNet, TRX has brought its tokens to the new blockchain and started working on numerous different projects. While the original development team focused on perfecting the coin and growing its ecosystem, other developers started launching their own products based on the TRON blockchain.

Soon after the MainNet launch, TRON announced that it would purchase BitTorrent, and this announcement was followed by another one, which stated that TRON is working on its biggest project yet. After keeping it a secret for a while, TRON’s founder, Justin Sun, revealed that the project in question is called Project Atlas and that it will revolve around BitTorrent itself. The project will reward those who ‘seed’ files, and thus make it accessible to other BitTorrent users.

Even that is not all that TRX achieved in 2018, as the coin constantly kept announcing new partnerships, listings on wallets and exchanges, and other news. However, all of this was not enough to impact its price, as the bear market held on tight, and TRX is currently still believed to be highly undervalued, with a price of $0.026036 per coin, and a market cap of $1,738,125,517.

Finally, the third penny cryptocurrency is Stellar, which is only one rank below TRX, currently holding the 9th spot. This is also the last penny crypto in the top 10 coins by market cap.

Stellar currently has a market cap of $1,589,736,174, and a value of $0.082527, which is also considered by many to be far below its potential. After all, Stellar is one of the fastest coins in the crypto market, with the ability to complete any transaction within seconds. Similarly to XRP, Stellar aims to revolutionize cross-border payments and allow even the unbanked and underbanked individuals easy access to funds.

However, unlike XRP, Stellar aims to provide its services directly to individual users, while XRP decided to work with banks and financial institutions. Another thing that ties Stellar with XRP is the fact that Ripple’s co-founder, Jed McCaleb, created it in collaboration with Joyce Kim.

Stellar has also partnered with several companies and banks, with the biggest and most impactful one being the IBM, which aims to use the coin’s network for allowing its own customers an easy payment method. Meanwhile, the IBM partnership is invaluable for XLM as well, as it shows that this is a legitimate project with large potential, that even managed to attract one of the most reputable tech giants in the world.