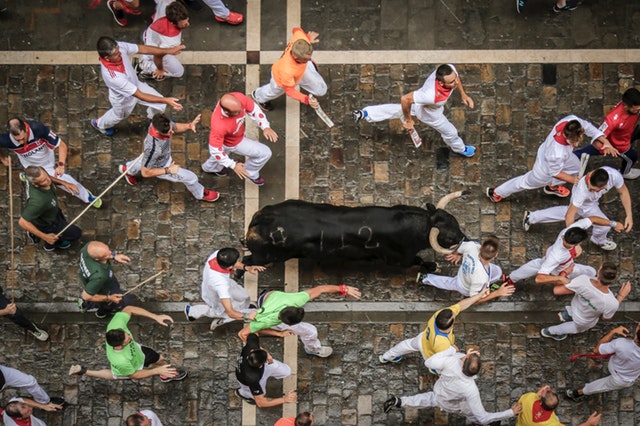 The price of Bitcoin seems to be on the rise once more, and while the rise that the coin has been seeing in the past two months has been gradual and rather hesitant — it still proves that the largest crypto is slowly dragging the space out of the bear market. The bearish 2018 left a large mark on Bitcoin price, and the crypto winter still has a minor influence, but the main reason why the coin’s value remains low now might be the lack of large cash flow.

Even so, Bitcoin has seen some significant recovery recently. After reaching the lowest point in 2019 at the price of $3,400 on February 7th, BTC managed to steadily grow by over 13%. Immediately after the coin reached this low point, a series of bull runs started bringing it up, past several resistance levels.

The largest ones were at $3,600 and $4,000, but the coin currently remains above both, with its price at the time of writing being at $4,057. Further, BTC managed to remain above the $4,000 mark for nearly two weeks, not counting one minor drop that occurred on March 25th, and which was corrected in less than two days.

But, will Bitcoin experience a true bull run, like the one in 2017? Well, probably not. 2017 was the year of hype when cryptocurrencies emerged from the shadows of the dark web and shady usage. They presented themselves to the world and demonstrated the alternative to traditional banking. This attracted thousands of investors, and such a massive jump in demand caused the bull run which suffered a year-long correction which we now know as the crypto winter of 2018.

However, the hype is over, and the digital coins are now well known around the world. Such a massive surge will likely never come again, but it is possible that we might soon see one that can easily claim the second place in terms of size.

Many were bullish about Bitcoin in 2019, and not only regular crypto enthusiasts. Even billionaires such as Mike Novogratz, Changpeng Zhao, and many others expect to see a growth of Bitcoin price soon. Institutional investors are finally making moves towards the crypto industry. They may be slow and hesitant, but they are moving, which is a huge step in the right direction.

Banks like JP Morgan, and even massive social networks like Facebook, are supposedly creating their own coins. While these will likely not be the real cryptos, they will reach millions, or even billions of people, and introduce them to cryptocurrencies. Once the interest spikes, people around the world will start researching crypto deeper, and they will notice that these coins are not good. However, they will also realize that they can just switch to BTC as a much better alternative.

Meanwhile, Bitcoin will likely get its Lightning Network, which will significantly improve its speed, cost, and scalability, and it will be able to serve a massive wave of new users. And, as the coin’s capacity is capped, the existing coins will have no choice but to surge in price as soon as the demand skyrockets.

With increased demand and acceptance, Bitcoin will also receive new use cases, as merchants around the world will start accepting the coin in their desire to be innovative and remain relevant, which will drive the adoption further.

In other words, yes, a large bull run does lie in Bitcoin’s future. The only requirement is time, but time is also needed for the coin to recover from the price decline which it suffered in 2018. This massive bull run might not arrive in 2019, but it is coming, and 2019 will be the year of recovery and growth, where Bitcoin will prepare itself for the mass adoption which is to come in the next several years.