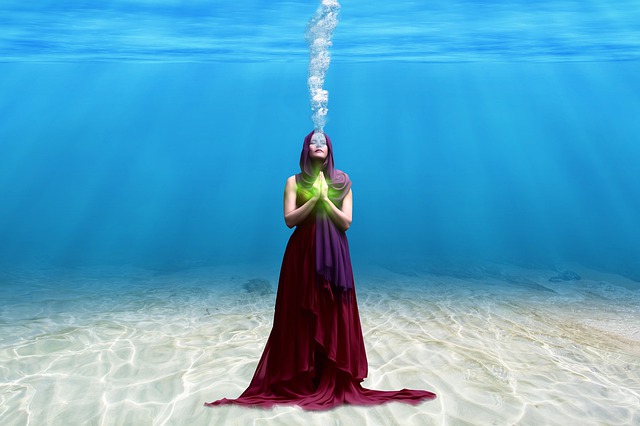 As Bitcoin alongside the whole market keeps going down there’s a question in everybody’s mind: are we at the bottom yet? This is not a pessimistic question at all. We all know that the market will recover sooner or later, but we also know that won’t happen until it reaches rock bottom. So what answers do we have?

Well, there are no sure answers, but technical analysis can bring some light into the question and, maybe, guide the way.

Some twelve hours ago, Bitcoin was at around $4100 and the chart allowed to apply a model called “cup and handle.” Without going into technical and mathematical detail, this model is a prediction that says the price will go down as if rolling down inside a bowl, reach the bottom, and then go back out rising on the bowl’s opposite side. One of the most popular projections using this model extends from today until next March (that would be the time at which the market will be steadily rising again).

According to the “cup and handle” Bitcoin still has a long way to go down. Probably as low as 3000.00 USD before it will bounce back and rise again. At this point, it should skyrocket.

The next pertinent question would be how accurate is the “cup and handle” model. Well, the thing about technical analysis is that it is has nothing to do with certainties but with probabilities. Nothing is written in stone, the best you can say about it is that it’s likely.

Some analysts give this prediction a probability as high as 70%, but the truth of the matter is that we still lack enough relevant data to support it. And that’s one of the reasons why buyers are staying away from bitcoin and sellers dominate the market. There’s just not enough data about the long-term to make an educated choice.

One thing that’s been materializing over the last half a day is that Bitcoin has been going down very quickly. It’s at $3,739 as we write this. Since it’s broken so many psychological barriers this year, it’s quite likely that it will keep going down and hit $3,000 some time not too far in the future.

It could even be this week, but there’s no way to know. It keeps going down as we write this article, so the answer to the article’s question is, quite clearly that no, we have not gone all the way down yet.

The good news is that the Bitcoin market shows signs of maturity, even as it plummets. The current BTC trading volume is of roughly 6.5 billion, and it remains the most traded asset with a market share of 54%. It’s expected for this share to go up to 57% as it keeps losing value and people traders try to get rid of their bitcoins.

Just to finish, don’t let your wishful thinking get the best of you. Bitcoin (BTC) could bounce back at any moment, but for the trend to be broken, a change in price is not enough. It has to be accompanied by a massive increase in trading volumes.

Until both things happen at the same time, any rise in Bitcoin price will be fake, just a natural market fluctuation that will be meaningless regarding the bigger picture. So just be patient and disciplined. Keep watching the market. It will bottom out, and the right time to get in will come soon.

6 cryptocurrencies to watch during this crypto market carnage time