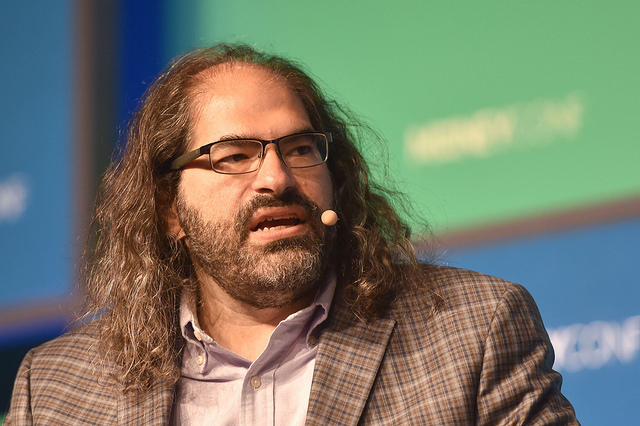 Ripple’s XRP has been remarkably resilient during the nightmarish days we’ve seen in the crypto market over the last couple of weeks. Its losses have been in the single-digit zone, while most others have been in two numbers.

In the current adversity, it’s even managed to displace Ethereum and become the world’s second largest cryptocurrency by market capitalization. Mind you, that doesn’t mean it’s not losing value. It is, but it’s going down smoothly while many other assets (Bitcoin included) have been in free fall.

The token is trading at $0.354 as we write this, which means it’s approaching its first support level ($0.32323). If it reaches it, it could bounce back (doubtful in the current bearish general market) or go down even further to the second support level of $0.26704.

Things being what they are, it seems a good idea to stop for a minute and to review some of the basics.

David Schwartz, #Ripple is not afraid to give examples for #XRP being theoretically as valuable as $1 million per one. From now on we forget the „589ers“ and we establish the „1million‘ers“. #XRPcommunity @LeeR912 @JoelKatz @RippleXrpie @ipinky77 @bgarlinghouse pic.twitter.com/CAsnByuipR

Almost exactly one year ago, David Schwartz (Ripple’s Chief Technical Officer and former Chief Cryptographer) posted a series of tweets in his official account in which he explained why a higher price for the XRP token is good for everybody (whether you hold XRP or not). It’s all about market dynamics.

It all comes down to this: if XRP becomes really expensive, say, a million dollars per token, then a lot of money would flow in the market with the movement of only a few tokens. If you owned a million dollar XRP token and would like to buy a million-dollar house, then you would sell your token, get your million, and the market wouldn’t feel a thing because only a token was traded.

The current situation is the opposite. If you wanted to get a million dollars out of your current XRP wallet (we wish you’re so lucky), you would need to sell 2.79 million tokens. That may not seem like a lot if you take into account that 1.17 billion XRP have been traded only in the last 24 hours.

But since you are not the only crypto aficionado trying to cash out of XRP, the added pressure of all those who, like you, want to use those million bucks for something else, will move the market a lot while, if the price was much higher, the same amount of money would still move around, and the market wouldn’t feel a thing. There’s a name for this phenomenon: cheaper payments.

The community reacted favorably to Mr. Schwartz’ message. One of his followers replied to the tweet in this terms:

“I believe you hit the nail on the head. This brilliant plan will involve multiple entities working in coordination. I 100% agree this will happen. But regulatory clarity via a global framework, possible we see this at the upcoming G20 meeting. Once established, plan will commence!”

“I’m ready guys! I’m in front of the factory @Lamborghini waiting for 1 Mil. #XRP just give me a sign!”

And why should you care about this? Especially if you’re not a Ripple fan? This should assure you that the crypto market will recover and prices will go up again. Why? Because it’s in every coin’s, every investor’s and every trader’s best interest. So don’t despair. Just be patient, disciplined, keep watching the market and keep reading our articles.

Related Topics:David SchwartzRippleRipple. XRP
Up Next

Has Bitcoin bottomed out yet?

Reasons why Electroneum (ETN) is special