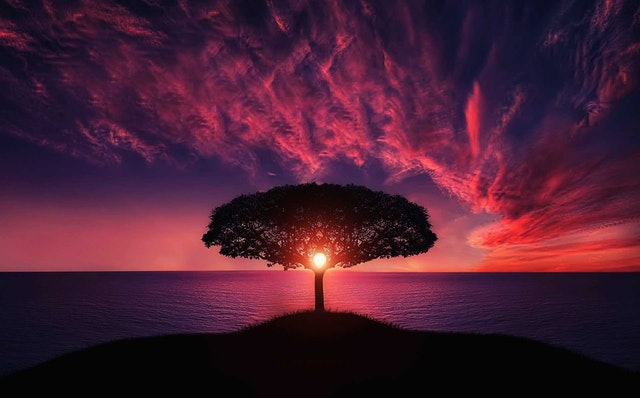 It is no secret that 2018 has been a terrible year for cryptocurrencies when it comes to their value. Things looked so bright during the first few days of this year, with Bitcoin hitting $20,086 per coin, and every altcoin reaching new heights. However, it was not to last, and soon enough, the market crashed, and prices went down.

What followed was months and months of a heavily bearish market that kept pushing the prices further and further down. It prevented any attempt of recovery, although several of them gave it their best shot.

Despite a situation like this, crypto investors never forgot the potential of Bitcoin, and many have been predicting another bull run that would have the same results. Those expectations were quite large, and potentially even unrealistic at first. Now, however, as the year approaches its end, it doesn’t seem like anything will happen. The community started to wonder why that is, and what would it take for another bull run to emerge, which is what we will try to answer right now.

What does Bitcoin need in order to have another bull run?

The crypto space remains highly unregulated in most parts of the world, which is one of the largest reasons why BTC remains dormant. While there are attempts to regulate it, these attempts are made even more difficult due to the fact that the market is constantly changing and evolving. This is a good thing since it shows that there is activity, the market is advancing. However, many believe that it will soon reach the state where it cannot keep evolving on its own, which is when regulations will be necessary.

Regulations will also encourage large institutions to join the trading, and bring additional funds to the market. This is the money that is desperately needed in order for crypto space to grow and develop further. It is what fuels it, and what will help it mature. Furthermore, regulations will make the industry more transparent, reliable, compliant, and trustworthy.

2. The approval of Bitcoin ETF

Bitcoin ETF approval is another thing that will likely spark the price of Bitcoin, and bring it back to its feet. Trading ETFs instead of actual BTC would allow cryptos to indirectly enter the traditional stock market, attract more attention, get more money, and serve as a bridge between crypto and traditional finances.

It would bring a huge change to the crypto space, which is why it was desperately sought after by companies for years. However, until this point the US SEC remained strongly against this concept, rejecting all applications. Many believe that approving only one such application will cause the next Bitcoin boom, but this has yet to happen.

Ever since it was created, analysts predicted that Bitcoin will have scalability issues. It is only capable of achieving a few transactions per second, which was not a problem at first. But, as its popularity grew, more people started making transactions, and eventually, they created a long line of transactions, waiting to be validated. This is when people realized that a new solution is in order. Some tried to deal with the issue by creating another coin that would resolve the issue.

Others attempted to try and find a way to make Bitcoin better. One such solution that can help Bitcoin grow once more is the Lightning network, that has the potential to allow users to send payments to each other on a different level. Those would only be small payments that would not be recorded on the blockchain. Instead, two parties would be able to send BTC to each other via special tunnels, and only when they are done, and the tunnel is closed, would the final result be recorded.

While this would not work for large payments, the solution would hugely reduce the number of transactions in need of recording. The result would be much faster, and a lot cheaper Bitcoin. With that in mind, it is clear why such a solution is deemed extremely valuable to the BTC ecosystem.

Over the last two years, Bitcoin became truly known throughout the world. While many remain skeptical of it to this day, others have started to accept it. Even some retailers decided to open up towards crypto and accept it as a legitimate payment method. While this is a very important first step, Bitcoin is now ready for another one — the adoption by larger retailers.

In order for BTC to enter mainstream usage, businesses need to start accepting it. This is their personal decision, and they are the ones that need to make it. Bitcoin needs their help in order to continue its development, and they need to adopt it in order to stay relevant. Making such a move is in everyone’s best interest, which is why retailers are encouraged in multiple ways to make it. Until that happens, Bitcoin supporters will have to keep using a few businesses that did open up to crypto and wait for this situation to change. Once it does, Bitcoin will surely reach the same heights as it did before.

3 Coins Coinbase Will Adopt Next