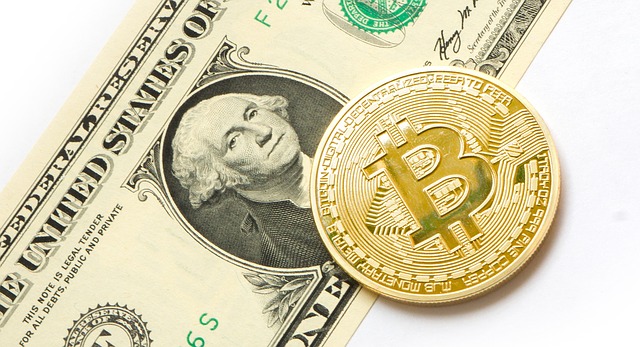 Could Securities and Exchange Commission (SEC) commissioner, Elad Roisman be the missing piece to the approval of Bitcoin ETF? That thought is as a result of a meeting between commissioner Roisman and options exchange CBOE, investment management firm VanEck alongside blockchain technology company SolidX.

The Bitcoin exchange-traded fund (ETF) was proposed in June but got denied by the federal regulation. The next deadline for the decision to be made is December, and for now, it seems that the approval confidence is ‘high’.

All issues seem to be resolved, Bitcoin ETF approval imminent

The SEC had highlighted some issues on the bitcoin ETF proposal that they said were the major reasons for the denial. Now if we look at the meeting comments, during the discussion, SolidX, VanEck, and CBOE convinced Roisman that all the cited issues had been addressed and the proposal is ready for approval.

According to sources, the issues raised and cited by SEC concerning the approval of Bitcoin ETF earlier are now fixed; such as the existence of a significant regulated derivatives market for Bitcoin, relevant markets such as bitcoin futures, CBOE, and OTC desks are all regulated. The presentation also emphasized that two other major SEC anxieties including Bitcoin price manipulation concerns mitigation as well as investor protection are ensured now. 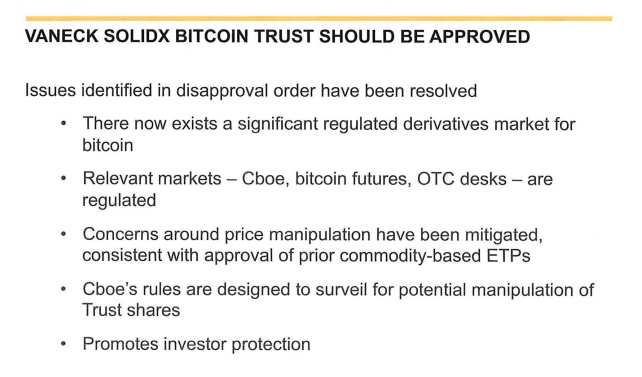 The snapshot was taken from the report featuring meeting comments | Source: Sec.gov/comments

Reasons to be Optimistic

First, it’s reported that commissioner Roisman is the first federal regulator to publicly meet with the representatives from the three groups. Furthermore, the current wisdom has it that Roisman is a strong supporter of cryptocurrency (which is yet to be proved until Roisman officially votes). But the fact that he’s taking this consideration seriously, at least for now, is a reason to be optimistic.

If Roisman is indeed a supporter of the Bitcoin ETF, it means two out of five SEC commissioners will be ready to approve it, with Hester Pierce being the other SEC commissioner who has indicated her friendly position already.

A comment from the meeting hinting towards the Bitcoin ETF approval. The meeting happened about two weeks ago. | Source: sec.gov/comments

Besides, SEC’s Kara Stein, who voted ‘NO’ to ETFs before, is expected to leave office in December and it’s rumored that democrat Allison Lee will replace Stein. Perhaps, this seems to be another potential opening for the approval of ETF.

Subsequently, VanEck has all investor protection issues taken care of with zero leverage as well as accredited investor protection. All these factors only indicate that a bitcoin ETF approval is imminent. Also, with the date set for the ICE’s Bakkt exchange on December 12 this year, this will begin to clear bitcoin futures which were among the issues that led to the denial of the proposal initially.

With all indications pointing only to one direction – approval, it’s merely a matter of time before Bitcoin ETF gets approved or it’s even inevitable.

Can you pick one among Ripple (XRP) and Stellar Lumens (XLM)?