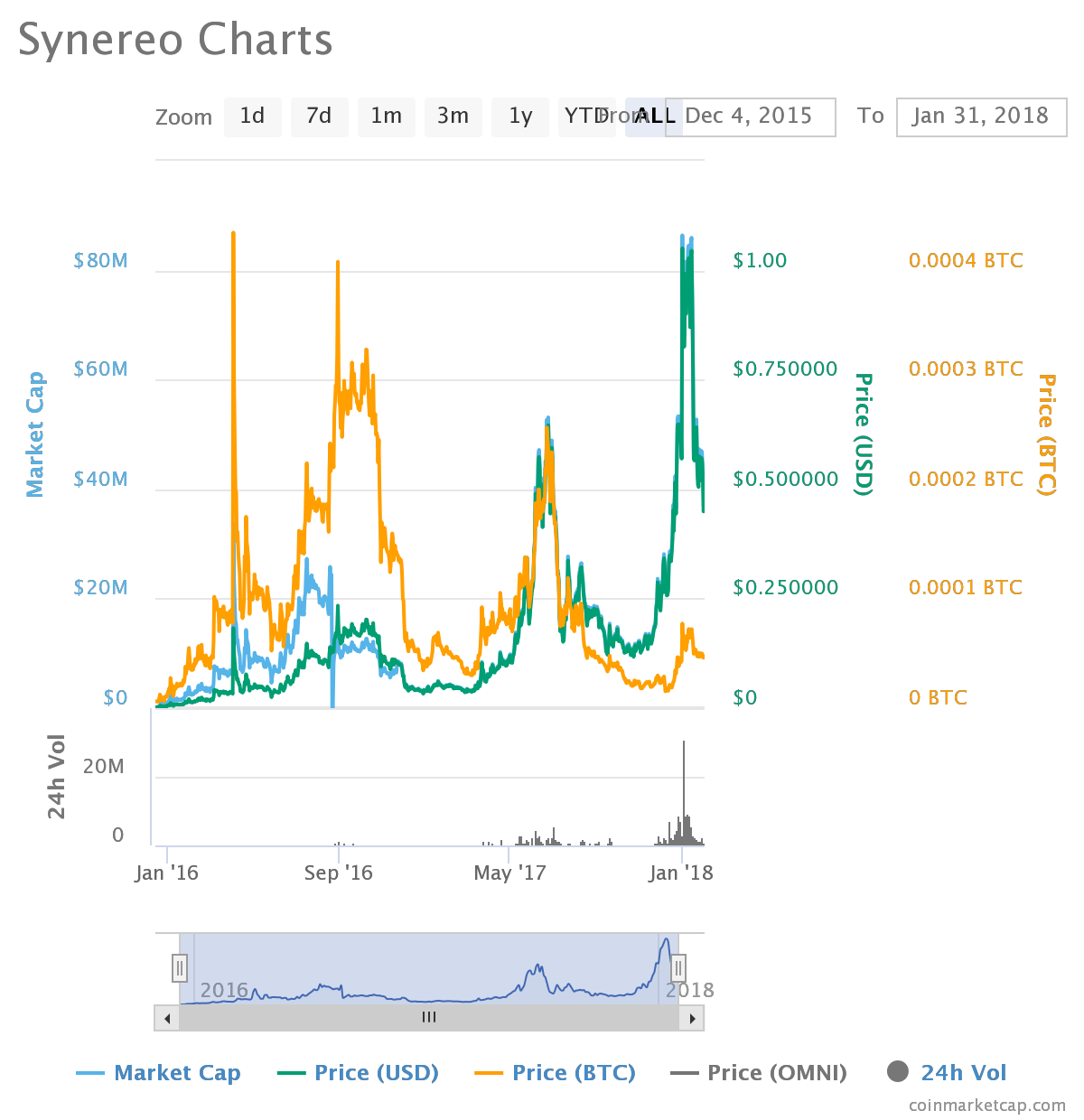 AMP is leaving holders and investors around the globe severely disappointed as no one seemed to expect such a cruel drop in price. Although 2018 was announced as a year of cryptocurrencies, AMP appears to have no luck at all.

AMP, the official token of Synereo platform is slowly decaying in price, but Synereo creators seem to have a backup plan that should help this token recover and get back on the track. Here is everything you need to know about AMP, Synereo and the announced novelties regarding this coin.

A little about Synereo

Synereo is a decentralized platform based on blockchain technology with a focus on monetizing content. Synereo made that possible by using AMP as its official token to reward and monetize any original content published anywhere online.

Needless to say that this case encouraged many content creators to start investing in AMP, also joining Synereo platform, the home of AMP. Based on blockchain and Economy Attention, the most significant success Synereo made is probably WildSpark.

Synereo, hubs and social media platforms aren’t in any way presented as third parties in this program as all creators and curators are being rewarded without any of the mentioned parties taking a cut.  So, basically, with this app, you can publish anything and anywhere on the internet and get paid for it in the form of receiving AMP tokens.

What is going on and why is AMP price decreasing?

The current price at which this token is being traded is 0.48$ per one coin. This is the final price from the last 24 hours in the time of writing, stated after the initial decrease of -10.44%.

How is it possible that AMP is falling so low with its price when just less than a month ago this currency announced a partnership with Changlly?

This partnership enabled WildSpark community to get paid by “attention holders” with any currency they have, that way leading this strategy of monetizing content to a whole new level. But, it seems that this partnership wasn’t enough to keep AMP from dropping in price. Beginning from mid-January, AMP started to fall radically, which led to the current trading price of 0.48$ this coin is being traded now.

The reason for the fall is the confirmed case of having slow transactions within the blockchain of Synereo.

That is why this startup coin decided to join a larger more stable network that would enable fats transactions – Ethereum.

The AMP and Synereo creators announced the merging of AMP with Ethereum. The initial joining should occur around June 2018, but the exact date is yet to be confirmed. WildSpark and the strategy of monetizing content are also being transferred to Ethereum, where AMP will appear as one of the supported tokens within the Ethereum network.

That way, by joining Ethereum and its ecosystem, AMP users, holders and investors should no longer have problems with slow and pricey transactions. The reason for having Synereo bugging in performance is the fact that WildSpark is getting more and more in popularity, consequently growing in members as well.

To avoid “system overload,” Synereo, along with AMP and its holders, users, and investors will transfer its protocols to Ethereum. Within the Ethereum ecosystem, AMP would be used for transactions and exchanges while the users would be allowed to take advantage of smart contracts and all features that come with Ethereum.

After the announced merge, AMP should be able to get back on the track with a better performance which should result in having its price increasing instead of rapidly decreasing as it is the case right now.

We will be updating our subscribers as soon as we know more. For the latest on AMP, sign up below!

Here’s Why The Ripple (XRP), SBI Deal Is So Important