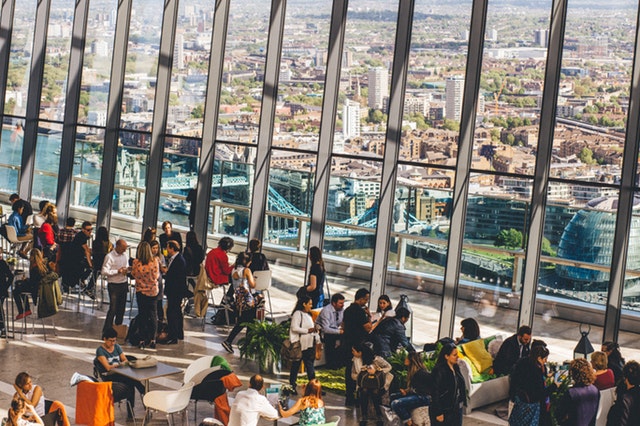 A recent attempt to raise money, made by the crowd equity platform called Republic, has had an interesting and unexpected development. The platform managed to raise $12 million thanks to Binance Labs, NEO, and other companies. The amount raised is for a presale of their new token, while the total goal for the platform is to raise $92 million during the public sale.

On June 5, Binance Labs announced the $1 billion investment fund for the blockchain technology. According to the announcement, this is to be the incubator for the future blockchain projects, and it will be run by Binance, the crypto exchange. The exchange is known for providing pre-ICO projects with necessary funds, which often come through their own token BNB.

Binance Labs’ head, Ella Zhang, stated that the platform Republic can bring new opportunities regarding the investments, especially when it comes to retail investors. They will have the ability to join in funding and creating brand new startups. She added that Binance’s, as well as the Binance Labs’ teams,  are collaborating in order to secure the freedom of value-exchange. The exchange and the company believe that Republic might be the key to achieving this goal, or at least the next step towards it.

Another party that joined in early into investing in this platform is Neo Global Capital, well-known for its NEO cryptocurrency. It was joined by Passport Capital, Jeffrey Tarrant, and East Chain Co. All of these parties invested into the company, and also purchased its tokens.

Another good VC friend of mine just said "my industry is completely disrupted, money is no longer the bargaining chip, we are moving into crypto." I said what I always say, "welcome".

So far, Republic’s plan is not yet entirely known, since the whitepaper containing the details has yet to be published. However, the platform has, in fact, revealed the funding model that it decided to use. It is called SAFEST, which is short for Simple Agreement for Future Equity and Security Tokens. Basically, what this will do, is that it will allow the investors to make a choice regarding the nature of their investment.

More precisely, they will have an ability to choose whether they wish to make a full investment in digital currency, or would they rather split it and add up to 20% of the investment as equity in the firm. Also, if something unexpected happens, and the launching of the tokens is canceled, the investors will have the option to move their entire investment from tokens to equity.

Kendrick Nguyen, the co-founder of Republic, has stated that the entire ecosystem that they are dealing with right now is extremely new. Because of that, he urged the investors and all participants, in general, to be very careful and responsible during the conduction of the fundraising.

Neo Global Capital is also known for its $1 million investment when it comes to Moonlight, a smart economy workforce platform. This is a platform that has a goal of simplifying the recruitment and employment of talents by various organizations. Moonlight then allocated 20% of the funds from the upcoming coin sale in order to help NEO’s development by funding the projects that will increase its ecosystem.

Another recent announcement by Binance Labs included the Community Influence Fund during Zhang’s online broadcast. According to the announcement, the company will make an investment into cryptos and blockchain startups, and the investment will come in form of BNB tokens. Several projects already received investments from this company, including Oasis Labs’ MobileCoin, as well as Certik, which is a verification platform.

Additionally, Binance Labs has entered a collaboration with up to 20 partners, with a goal of creating the Binance Ecosystem Fund. Changpeng Zhao, the CEO of Binance, has announced support for the ICO market. The statement also says that this is necessary for the further development of the crypto space. He also added that there are aspects that need more work, and definitely some that need proper change, but that the business model as a whole is more than viable.