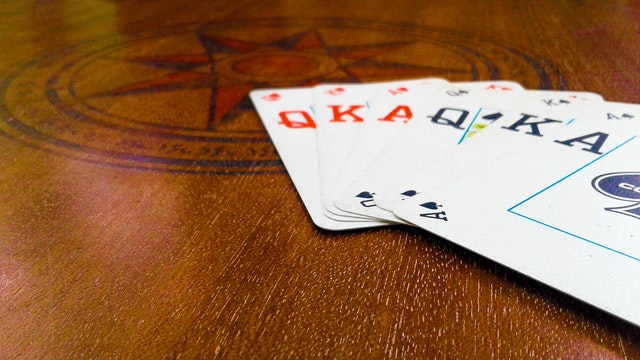 Cryptocurrency investors that are trying to deduce which crypto is worthy of their investment often only consider the top coins. The likes of Bitcoin (BTC), Ethereum (ETH), and Ripple (XRP) gather the majority of their attention, while the lower-ranked coins have to keep struggling in order to get their share of attention. However, Cardano (ADA), which is ranked as 7th on CoinMarketCap, is different, and it might be offering much more than what its rank would suggest.

Cardano (ADA) holds the 7th place on CoinMarketCap, which is a pretty good position for a cryptocurrency. However, despite its high rank (being within the top 10), a lot of investors still aren’t sure if this coin truly has enough potential to make it worthy of their money. However, ADA’s very nature makes it more than worthy of consideration, and it might even be a future star of the crypto world. In fact, many believe that it can rival Ripple (XRP), and even Ethereum (ETH).

What makes Cardano so different is the way it views itself. This is something that is carrying quite a hint in itself, for those who are capable of seeing it. Cardano identifies itself as the third generation of blockchain, which might not mean much at first. However, for this coin, it means that it had the opportunity to investigate its predecessors, study their mistakes, and make up for what they are lacking. Issues like security, scalability, and alike are all being solved within this crypto with each new improvement.

Cardano has yet to complete its development, and it still promises great potential, and the fact that the unfinished coin holds the rank of 7 on the cryptocurrency list speaks volumes in itself. Just like Ethereum, Cardano is completely public, and open-source blockchain that allows the creation of dApps and smart contracts.

It appeared as a concept in 2014, mostly because the things like security, scalability, interoperability with traditional systems of payment, and governance are large issues for other cryptos. A new one was needed, one that would be able to ascend above such problems, and solve them, instead of suffering from them. Its team started to develop the coin, and it was finally launched in September of last year, while its trading started on October 1.

Its aim was, and is, to find and maintain a balance between the regulators and the crypto users, and so far, it managed to do just that.

When it comes to Ethereum, it shares a lot of similarities with Carano, which is not surprising, since Cardano’s team studied Ethereum in order to determine what this crypto did right, and where did things go wrong. Ethereum has a powerful blockchain and an open-source platform that allows developers to create smart contracts and dApps, which is what we have already mentioned that ADA picked up on.

Ethereum wishes to make the internet more trustworthy, with more freedom, and a larger global accessibility. It is also largely used for the creation of new cryptocurrencies, one of which is also today’s superstar, TRON (TRX).

However, the reason why Cardano might be a better option than Ethereum involves its smart contracts, which seem to be a lot more efficient.

Then, there is Ripple (XRP). Cardano has learned a lot from this crypto as well and has also made it one of its prime targets. Ripple’s goal is to create more practical, safer, and cheaper payment solutions. It is also known for being in league with various banks and financial institutions, which are making its assignment easier to achieve. These banks are accepting this crypto for several reasons, like its reputation, as well as the reputation of the company that backs Ripple up, Ripple Labs.

Additionally, XRP is a very centralized crypto, with a lot of outstanding products that the banks would like to make use of themselves. Thanks to its achievements, Ripple has become incredibly fast, which makes it perfect for everyday use, whether the transactions are meant to be local, or cross-border. However, one of the things that Cardano might beat Ripple at is the issue of scalability.

Cardano has been known for having around 20-second periods in implementation. Additionally, it has proven to be capable of processing around 257 transactions per second. Ripple is not that bad when it comes to scalability either, but Cardano’s layer-based architecture and an alternative approach to the issue might make it a serious competitor for Ripple. One of Ripple’s potential plans is to also delve in the sphere of smart contracts, which might make it a competitor of Cardano in this field, but it will definitely make it a threat to Ethereum.