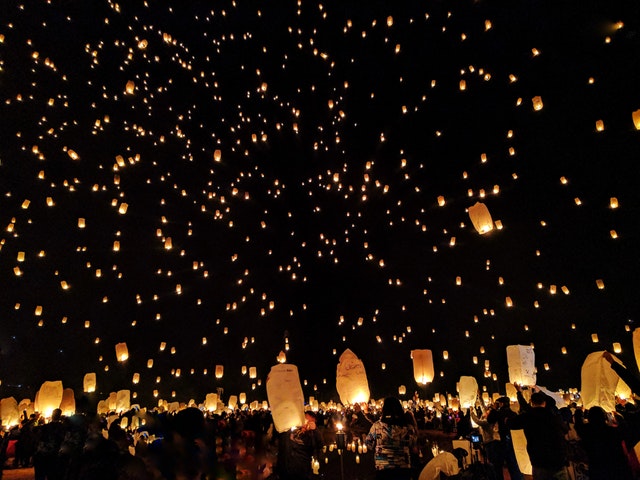 Deciding which coin is more worthy of your attention is not an easy job, and it requires a lot of research in order to make the right decision. Making a wrong move would mean losing money, which is not an option for any crypto investor. When it comes to Cardano (ADA) and NEO, making the decision gets even more difficult since both coins have their strong sides. The ultimate coin does not exist as of yet, which means that those willing to invest in cryptos simply have to make due with what is on the table.

So, let’s take a look at Cardano and NEO, and try to determine what can each of these coins offer, so that you can decide for yourself which one is worthy of your time.

We will start by taking a look at NEO first. Originally, it was called Antshares, and it was launched in 2014, in China. Because of the way it was built, it was called Ethereum of China, since it tries to provide its users with a specific set of functionalities. It has not received much attention in the West until recently, and many people have barely even heard of it. However, NEO is pretty big in the East.

As mentioned, it is pretty similar to Ethereum, and its goal is to digitize the economic system on the global level. It plans to do so by providing a strongly-decentralized infrastructure for pushing smart contracts, which is also explained in its whitepaper.

Now, smart contracts have been around for a while now, and Ethereum’s platform has mostly been seen as their strongest proponent. Basically, they are a piece of code which has a purpose to determine if a transaction is legitimate, and whether or not it should be completed.

Its founders are core developer Zhang Zhengwen and Da Hongfei, but it is also backed by OnChain, which is a firm set up by its founders in order to make sure that everything will work as it should. The founders are, to this day, very supportive of NEO, and are often visiting various meetups, events, and alike.

So, what is it that makes NEO so great? Well, not its technology or features that it can offer. To clarify – we are not saying that any of it is bad or that it doesn’t work. However, the fact is that NEO simply doesn’t have anything revolutionary. Its biggest strength is the fact that is accepted by China, which has become infamous as a country where cryptos don’t receive much love. NEO has managed to grow in a country like that, which is almost a unique feature these days, and that is where its main power lies.

Now, let’s take a look at Cardano. It started its operations back in 2015, almost at the very end of the year. This timing, as well as its technology, are making it fall under the third wave of cryptos. Its developers have decided to make a crypto that will use the knowledge of its predecessors, which is why ADA is a mix of various design principles. Their goal was to make a crypto that will be capable to overcome regular obstacles that have still turned out to be lethal to many currencies. Eventually, their goal for ADA was to make it strong enough to rival even BTC itself.

It was developed by Ethereum’s co-founder and ex-CEO, Charles Hoskinson, and its main goal is to provide smart contracts that would rely on its own ADA coins. For a long time, this coin has been concentrating on developing and improving its own technology, so that its services would become flawless. Its team is yet another of ADA’s advantages since it is made up of academics, professors, and other kinds of professionals who really know what they are doing. This is one of the most important parts of the crypto since its future cannot exist without the right people backing it up.

And, while we are talking about Cardano supporters, there are several of them, but three major organizations are among the strongest ones. Those are The Cardano foundation, IOHK, and Emurgo. Each of them has contributed to this coin in its own way. The Cardano Foundation has promoted it and help create its community, as well as teach the members about cryptos. IOHK is responsible for ADA’s technology, while Emurgo is the entity responsible for the integration of Cardano’s platform into various businesses.

So, what is it that makes Cardano special?

Right now, the answer is – its protocols and features. Cardano has some pretty unique aspects, which include Proof-of-Stake protocol. layered tech, the use of two wallets, coding language, governance model, and alike.

Even with all of this, Cardano has yet to develop, and it has a lot of potentials to become even stronger, bigger, and more powerful than it is right now. Its team knows what it is doing, its community is thriving, and more and more people are beginning to see its potential.

Which one is better?

It is hard to answer this question since both of these cryptos have their own strengths and weaknesses. They both seem to compete with Ethereum to some extent, but neither of them is good enough to surpass it at this point. In the future – perhaps, but not right now. In the end, nobody can know what will happen in a few years, and which of these coins will come up on top.

The only thing that we can be certain of is that they are not wasting their potential, and both of them are doing as best as they can to develop their strengths and provide the best service. Everything else is up to the investors and their own preference.

Here Is Your Chance To Hack Tron (TRX) MainNet Ethically, and Cash In On $10 Million