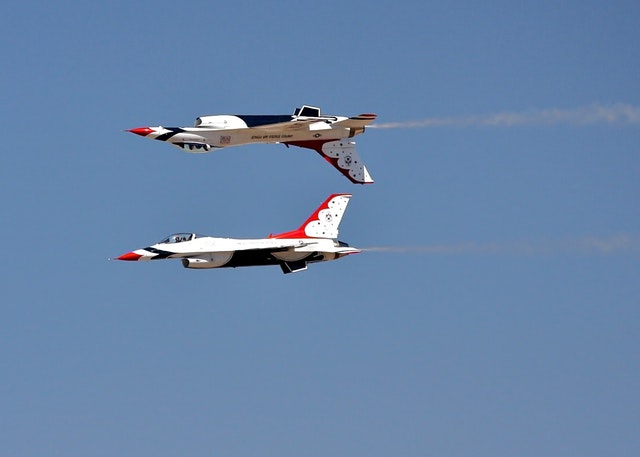 Rivalry in business has never been that much of a bad thing. Most of the time, it pushes the rivals to their limits, with each of them trying to become better and come out on top. The same goes for the world of cryptos, and this time, we will take a look at how TRON (TRX) rivals with Ripple (XRP).

For most of its “life” TRON was mostly compared to Ethereum (ETH), due to the underlying tech of the currencies. Lately, however, a new rivalry has been hinted at, and this one puts TRON against Ripple.

The two are not exactly traditional rivals, which is obvious once you take a look at what they are trying to achieve. Ripple’s aim was always at financial institutions and major banks, and its goal was to become the crypto of choice for entities belonging to this category. TRON, on the other hand, has been focusing on doing the same, but in the sphere of the digital entertainment industry.

However, even with their focuses being in entirely different fields, these cryptos seem to be a lot alike when it comes to certain sets of features. Since Ripple’s development came first, it is more than obvious that TRON’s team has done things in a similar way on purpose, by being inspired by Ripple’s methods.

Some of these similarities include low-to-nonexistent transaction fees, great transfer speed, significant liquidity, as well as scalability. Because of this, many are expecting TRON to go as far as to replacing Ripple.

Why do we expect so much of TRON?

With TRON’s successful launch of TestNet, as well as its launch of MainNet only a few days ago, it is obvious that TRON is advancing. Its current price is at $0.060717, and it has yet to rise following the launch of the MainNet. However, there are several other reasons why this currency is expected to succeed Ripple, and become an even bigger name in the world of cryptos.

The first reason for this is its market utility. Ripple has been known as an industry leader when it comes to offering utility and has managed to hold its own, while many other cryptos have not been able to come anywhere near its heights. Its transaction fees were only a fraction of a penny, which has made Ripple very popular crypto for making transactions.

However, TRON has managed to come very close to matching this achievement, and it will only continue to improve, now that the MainNet is live. Other than that, it is important to remember that TRON is created so that it can scale. It offers over 1000 transactions per second, which will become one of the most important features after the prices finally stabilize, and we are able to go beyond that issue. Add to that the fact that transactions are basically free, and TRON will easily become one of the best methods of sending money.

The second reason for TRON’s rise is the fact that it has found its own industry where it can dominate. While XRP has been concentrating on banks, TRON went for digital entertainment. This was a smart decision, considering the popularity of gaming around the world, which has been on the rise for decades, now. Another smart thing that TRON did is choosing an industry and sticking to it, instead of trying to tackle as many as it could at the same time.

The third reason includes the confidence that the crypto is getting from its parent company. For XRP, that is the company Ripple. It owns and controls the crypto, and it doesn’t allow anyone else to mine it. Due to its reputation and business strength, the price of XRP has been a bit more stable than those of other cryptos. At the same time, the banks decided that it is worthy of their trust.

TRON, however, can use the same method of verification thanks to Justin Sun, and the TRON Foundation. Sun has been more than just TRX’s creator. He has proven to be an invaluable asset to TRON and was directly responsible for its growth. He has managed to capture the interest of investors and focus it into his crypto. It is safe to say that TRON would not have been nearly as close to its current position if not for Sun and his marketing skills.

Coinbase has been one of the biggest names when it comes to crypto exchanges, and for quite some time, too. Its preference of cryptos has not changed that much over that time, and it has been very picky regarding which coins it will support and offer.

Lately, however, there were speculations that it might give a chance to several other coins, and it is largely believed that TRON might be the one that will join, rather than Ripple.

There are several reasons for this potential decision as well. For example, Coinbase’s goal is to generate more trading. By accepting TRON, it can easily do this due to its popularity. Also, getting TRON is much cheaper than getting XRP, and the coin still has very high volume. Also, TRON was rumored to be going to a new base in San Francisco, which would make it much closer to Coinbase, which is based in the same city.

Not to mention the rumor that was later confirmed, and that states that Feng Li, who is an investor in both TRON and Coinbase might have more than enough power to influence this decision. So yes, if TRON gets the opportunity to join Coinbase, it will definitely not waste it, and many believe that this might happen before the year’s end.

Cardano (ADA) vs NEO (NEO) – Which One has a Brighter Future?