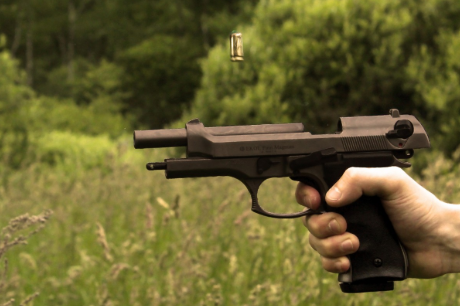 Ripple is undeniably dominating the cryptocurrency news cycle with announcements of the new partnership, global events, and new products. Their partnership with major financial institutions and banks places them at the leading position of blockchain’s general adoption with traditional corporate giants like Santander, MoneyGram, Standard Chartered, and Western Union utilizing their platform.

Alongside these profitable pursuits, XRP’s recent donation of $50 million to Universities brought a major amount of good publicity to the cryptocurrency industry. Also, their accomplishment towards DonorsChoose.org crowdfunding campaign made it to the famous Stephen Colbert’s late-night show rocking the airwaves.

Despite their successes, Ripple (XRP) team has avoided one blockchain factor since 2015. That blockchain factor is Smart contracts for decentralized applications. Their decision to suspend their original smart contract, Codius, four years ago made sense at the time. The platform did not have a substantial market and lacked standard transactions on the smart contract environment.

Yesterday, former CTO of Ripple, Stefan Thomas, announced the revival of the smart contract platform, Codius, that will be geared towards changing the way sites validate their content.

History of Codius and its Comeback

Smart contracts are creating a lot of buzzes yet many of you have never encountered it in your daily transaction activities. Some say that no valuable real-world merchandise use them, Reason? Many regards it to be too new and too complicated to bother investing time or energy in understanding it.

For a long time, smart contracts have prevailed mostly in writing and thesis despite their inauguration in 2014 to the market. Ethereum’s blockchain has some working examples of this phenomenon, but their technological intricacy holds them back from entering the mainstream, something Stefan Thomas hopes to change. Undoubtedly, if Ripple succeeds in changing that, the crypto will more likely rise as a ‘real’ Ethereum killer.

On Wednesday, Coil corporation, Thomas’s new company, hinted to the media on possessing a product that could make it easy to write and utilize smart contracts at minimum charges.

Thomas describes the product being an operating system for the blockchain naming it Codius.

Speaking to Fortune, Thomas defined it as,

“Codius is an open source hosting platform available for anyone who wants a secure platform to built or host a smart contract. The same way cloud computing made web hosting more accessible, Codius will make experimentation on the blockchain more widely available because people won’t need to build from scratch.”

The cryptocurrency market now is much different. The market size has grown exponentially for smart contracts which are now a regular attribute of many blockchain platforms. Also, the smart contract is emerging to be an appealing add-on for traditional businesses engaging in blockchain technology.

If Ripple manages to create an easy to use and flawless smart contract platform, they could grow their returns even beyond their already admirable array.

The idea of reviving the platform was floated as early as August 2017 by Ripple’s CTO, Stefan Thomas, but due to the shaky market trends that were faced in the last half of 2017 and early 2018 proved to be difficult to actualize. Now that the market has started to stabilize and normalcy is back, it will make a lot of logical sense for Ripple to consider looking into new product lines.

Consequently, it looks like Codius and Ripple are interdependent. Codius uses Ripple’s interledger as its payment mechanism, which promises to offer Ripple higher returns if the new smart contract gains momentum.

Does it still make sense to HODL XVG after multiple attacks?

Tron (TRX) on the path of a bull run before the end of Q2?