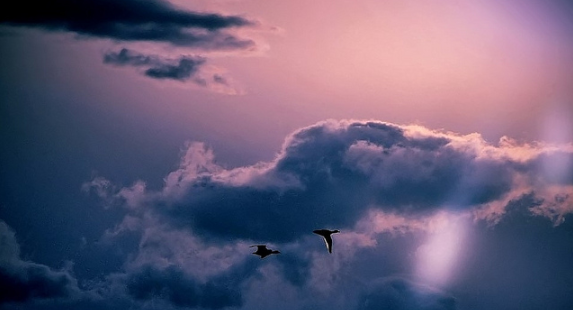 Both EOS (EOS) and Tron (TRX) are leaving the ERC20 technology behind to create their native Main Nets. Firms and partners have supported Their decision, and it seems this could become a massive problem for Ethereum.

The launch of both coin’s native Main Nets is already announced and in place. But some crypto enthusiasts (especially Ethereum enthusiasts) are not very optimistic about this, and they predict this will bring those other altcoins down.

They’re not alone. Some Tron and EOS users are not that happy either (Tron’s, especially) have been expressing doubts about what the emigration will do to the coin’s value.

Mr. Justin Sun, who is Tron’s founder and CEO (and also an Alibaba‘s Jack Ma’s protege which doesn’t hurt his credibility) has addressed this concerns by saying there’s no reason to be alarmed, and that the coin’s development is looking to protect the user’s interest.

“The TRON Foundation decides that TRX only supports migration to exchanges for the sake of the safety of users’ assets and hopes that this allows ordinary users to avoid the risk of losing assets just for missing the snapshot time in the mapping snapshot mode.”

Justin explained the advantages the Main Net will bring in scalability, speed, and TPS (transactions per second). He continued,

“Our main goal at Q3 is to fully support third-party apps and provide third parties with stable and reliable system-level support, including high-performance pluggable smart contract virtual machines and optimized P2P network systems. In Q4, we will focus on cross-chain communication and privacy protection.”

Despite doubts, the migration announcement for both coins has created expectations that have strengthened them both. EOS became the fifth world’s digital coin, and Tron went tenth (fell to the 10th position just recently, though).

The migration to Main Net

EOS will migrate on Jun 2nd. Tron will start on 21st of June. Both projects work on blockchain tech (obviously) and Ethereum’s ERC20 smart contract at the moment. The migration will leave that tech behind.

ERC20 is the Ethereum blockchain tech that allows creating tokens for trading. The full form of ERC20 is Ethereum Request for Comment and 20, which is the number assigned to a specific operation.

ERC20 has been around for about 18 months, and it’s Etherum’s primary tool.

The network allows developers to foretell how tokens that are new to the market will do; it also sets rules for the miners.

Other tokens use the Ethereum system and ERC20 sanctions those other users to access data about tokens and transferability.

Can the migrations make a mess for Ethereum?

The migration is a big deal as it possesses two coins that are in the top ten.

As these both coins leave the Ethereum ecosystem, their users and resources will move as well, which undoubtedly is not great news for Ethereum.

T-21 days until Mainnet launch! #TRON will be one of the most competitive mainstream blockchains with the most users. We graduated #1 from the ETH platform with 1.08M+ users, more than OMG and EOS combined. ETH was just a prelude. Now for the main act ???????? $TRX pic.twitter.com/Oyj4XN1T7l

Besides, Mr. Justin Sun talked about getting their hundred million Dapp members away from Etherum to Tron’s Main Net, and that could be really bad for Ethereum. After that, Mr. Sun has been singing the Tron’s praises over Etherum much to Ethereum users discomfort.

“From today to the last day, we are no longer the ERC20 token, and in the future, we will compete with Ethereum as a DApp platform.”

“We will compete face to face with Ethereum, and we have confidence we will build a large ecosystem; a much large ecosystem than the Ethereum. I will explain to you why we can surpass Ethereum in the future”

To Ethereum’s chagrin, Tron TRX has been doing great after the announcement. It’s been gathering support, new partnerships, and huge growth. If Tron can actually move its 100M Dapp users away from Ethereum, it could become the largest cryptocurrency int he world.

If that wasn’t enough, some crypto industry giants have been pledging support for Tron’s migration, including Bitfinex, KuCoin, Binance, and OKEx

Sun went on comparing, two blockchains, earlier this month, as he tweeted:

In conclusion, while it’s very clear that EOS is still far away from the Ethereum, Tron’s users could turn it into Ethereum’s biggest competitor. It is still growing and developing and getting the support of some very important firms around the world.

That being said, Ethereum isn’t a new player, so they will likely know how to balance things out.

EOS (EOS) Has the Evolution Airdrop for Fair Voting