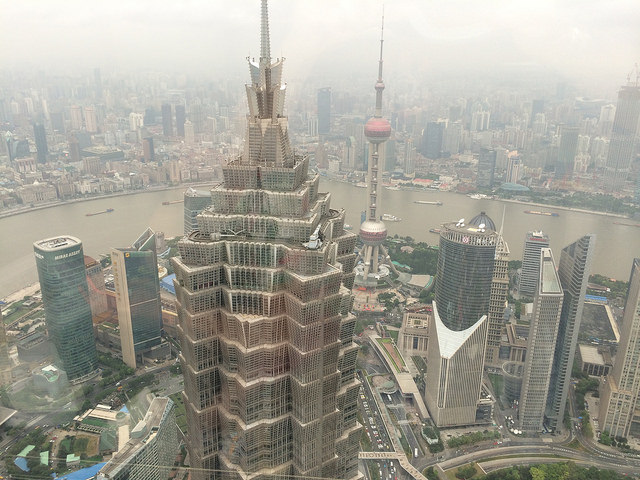 It’s not a ‘done’ deal but only a weeny possibility so far, one that would definitely change the game for TRON (TRX). No official announcements have been made yet, but one can sense it by paying attention to both company’s activities, and contacts points at both being part of each other’s big picture. Justin Sun’s (the man behind TRON) link with Alibaba keeps getting stronger as each day passes, which suggests a deal is on the horizon.

The most relevant piece of info about this comes from none other than Jack Ma. Mr. Ma is not only Alibaba’s co-founder and CEO, but he’s also always avid to go into new businesses, and he prefers to do that by supporting projects started by his former students and collaborators. This is not speculative; there are plenty of precedents.

Just think about Weixing Chen, who founded Kuadi which is an app-based service similar to Uber that’s taken off in Asia over the last few years. Alibaba (or Mr. Ma) supported this initiative very intensely, and now it’s already doing better than Uber (or at least just as good). Alibaba’s involvement in this was no coincidence. Mr. Chen is a TRON team member and is a close friend of Mr. Jack Ma’s, as are the main people behind TRON. And that could make all the difference. The personal link is there.

Let’s just do a little math here. Mr. Sun is one of the best apprentices Mr. Ma ever had. He graduated from Hupan University (Mr. Ma happens to be the university’s principal). This is a highly competitive university, and TRON’s Justin Sun graduated as the first millennial student ever. That could only bring him closer to Mr. Ma. TRON is one of the fastest growing blockchain projects in the world. Chen has the talent, the commitment, and the connections so it would be no shock at all if he announces a partnership with Alibaba before Q2 ends.

Please don’t get me wrong. There is no official information so far and the last thing the cryptocurrency industry needs are ambiguous reports. Nothing has happened yet, all we have are clues and precedents.

Mr. Justin Sun has been cogent and forceful about TRON’s future prospects. He is optimistic, persuasive, and competent. The cryptocurrency community pays attention to the way he speaks and performs, and they’ve not been disappointed so far.

Buy this does not compare with what partnering with a global company like Alibaba would do for TRON, which is still a fledgling cryptocurrency firm, even if Mr. Ma is willing to invest in them and protect them. TRON will be not alone in this. Ofo, Bikeshare are riding along, and Kuadi could be next.

One more thing. The man called Marcus (Zhao Hong) used to be Alibaba’s data mining chief. He’s good; he’s close to Mr. Ma. And he now has joined the TRON team as well.

And then there is Lucien Chen, who previously worked for both Tencent and Alibaba and now holds a technical lead position at TRON. So just keep an eye open in this situation. You might just be surprised as a global company puts its money on a cryptocurrency firm.

VeChain (VET) and All the Reasons to HODL