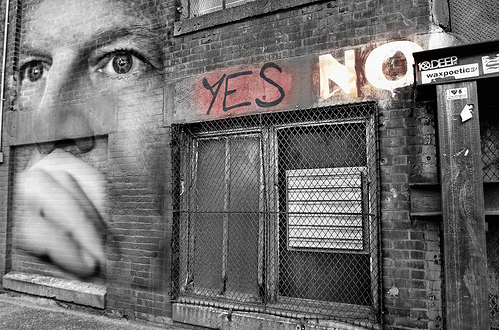 Lots of talks have been going on in cryptocurrency forums about EOS. That’s how it should be. For us, as cryptocurrency aficionados or investors it matters a great deal to know for sure what are we getting into. It’s an investment, we should know where our money is. And, within this context, there’s talk that EOS is not a real altcoin but a scam. We should care about that, it just makes sense.

EOS faces two main points of contention right now. Dan Larimer (a visionary EOS code writer, he’s also worked for Steem and Bitshares) is representative of EOS challengers and he’s not popular, but he has a point to make. At some point in time none other than Satoshi (of Bitcoin fame) talked to Larimer in very clear terms “If you don’t believe me or don’t get it, I don’t have time to try to convince you, sorry.”

They disagree on two main contention points. It’s about ICO vs distribution that starts from pow mine from zero. The second point is that Mr. Larimer started a new coin and he’s not quite done with it. Other observers have said Mr. Larimer’s has a huge vision for the future for his coin and for the world, and that blockchain technology is the means he could use to achieve that.

Crypto enthusiasts have followed Mr. Larimer’s career very closely. He’s been behind two very successful products so far (Bitshares and Steemit) before he moved on to create EOS. So, he’s brought credibility to EOS just because his previous track record is so good. Investors think he could revolutionize the world, three times over. Think again.

The Earth Operating System (aka EOS)

That’s how it’s called. Even Linus Torvalds, Steve Jobs and Bill Gates are humbler. In a recent article, Mr. Larimer talks about a Grand Unified Political Theory, and the fair distribution of the earth’s as if the Earth was his to distribute. As far as cryptocurrencies profits will go for sure, they will never render the whole earth as loot.

This is the cryptocurrency’s hallmark from the beginning. The whole point. Nobody holds all the information about every user, nobody can hold the system hostage. Is this true about EOS? It’s controversial, to say the least.

While EOS has been probably undervalued and has the potential to surpass Ethereum this very year the fact remains it relies on partial centralization through dPOS, aka proof-of-stake. True, decentralized coins have infinite nodes competing to do the needed calculations to render each coin valid and useful. EOS does not, it brings the number down from infinite to twenty-one nodes. Statistically, that means centralization and it’s bad news.

EOS’ rivals (such as Ethereum) say that EOS is totally centralized. Not hard to see their point when you compare infinity nodes to just twenty-one. So, it’s clear that EOS decentralization is much better with Bitcoin, Ethereum, and many other cryptocurrencies.

All this controversy could make EOS a lot more attractive. More intriguing. Opinions abound, controversy thrives, and you will have to make your own choice. It’s all very technical but also very relevant. Take your choice.

Could SEC go against Ripple and Ethereum?