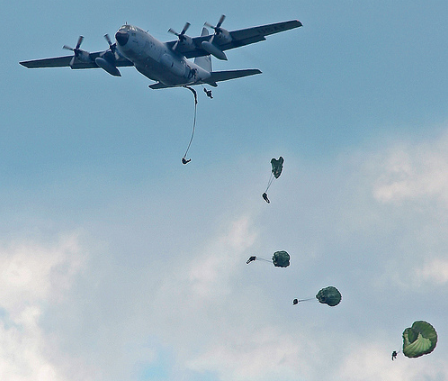 It all started two weeks ago when EOS dev team announced via Steemit that they are planning on establishing fair block production voting. Apparently, ever since three weeks ago, when Bitfinex and Huobi have announced that they are going to become block producers on EOS network, the dev team new that they need to find the solution for establishing fair block production voting, that way preventing great market exchanges like Bitfinex and Huobi to set their hegemony in the voting system of the EOS network. That’s how EOS dev team realized that the time has come to have an airdrop, called Evolution Airdrop. Let’s see what good Evolution Airdrop could do for EOS.

It is essential for all holders and investors to know that they are acquiring more than just units of a digital asset when buying EOS. Apparently, by owning units of EOS, you become eligible for voting, meaning that you are entering the system of block production by having a certain amount of EOS units.

Naturally, the system works in a way that allows you to vote but only proportionally to the number of tokens you have in your wallet. Besides, the amount of your EOS is at the same part a part of a public digital wallet where it serves the purpose of voting in favor or against a certain project, system suggestion or any other proposed action on the EOS network.

Since Huobi and Bitfinex represent one of the biggest exchange networks in the market and among the crypto community, EOS wants to prevent these exchanges from having a massive power over EOS network, knowing that these networks would be able to buy great amounts of EOS units, which would consequently allow them to acquire a great power of voting, proportionally to their amounts of EOS.

However, EOS has found a simple way to make sure that there would be equality and fair token distribution across the network by organizing an airdrop that took place on May 10th.

Before releasing the airdrop, EOS made sure to explain to all holders and investors why the Evolution Airdrop is taking place, as well as how you can become a part of it, in order to aid in establishing a fair ecosystem on the EOS network where voting wouldn’t be taken advantage of  by massive exchange markets like Bitfinex and Huobi.

EOS and the Evolution Airdrop

In the spirit of establishing fair block production voting and making sure that great exchange markets like Bitfinex and Huobi won’t be able to hold a monopoly over the EOS network while controlling the inflow of their profit, EOS dev team has had another announcement on Steemit, seven days ago, on May 4th.

On this occasion, the team has answered the question: Why and Airdrop?

That is how they have explained to the public that the Evolution Airdrop doesn’t represent an ICO, but works in a way that will allow all tokens to get evenly and equitably distributed across the network, that way honoring fairness, decentralization and the crypto community.

The public will be additionally informed about the next airdrop. There will be 5 billion Evolution Tokens, of which 4.5 billion will be distributed across the network during the next following months, that way preventing exchange markets like Bitfinex and Huobi to establish their hegemony on EOS ecosystem.

As of a couple of days ago, on May 9th, a good number of currencies started to follow the latest trend, meaning that a significant portion of cryptos was trading in the green. We can see this trend persisting even today, so EOS, along with the majority of tokens and coins, is going up against the dollar while trading in the green.

After the most recent change in the market, the coin has has gone down for 10% against the dollar last 24 hours (following the current market trend, all coins are going down), which is a significant movement in oppose to its performance noted in the last 60 days.

Still holding onto its newly acquired spot as the fifth-best currency, EOS can currently be traded at the price of 13.73$ per one unit, which has dragged the coin quite away from its latest record price of 21.40$ per one unit as set back at the end of April.

Fast and Cheap: Ripple’s xRapid Delivers on its Promise

How will EOS and Tron’s migration from ERC20 affect Ethereum?