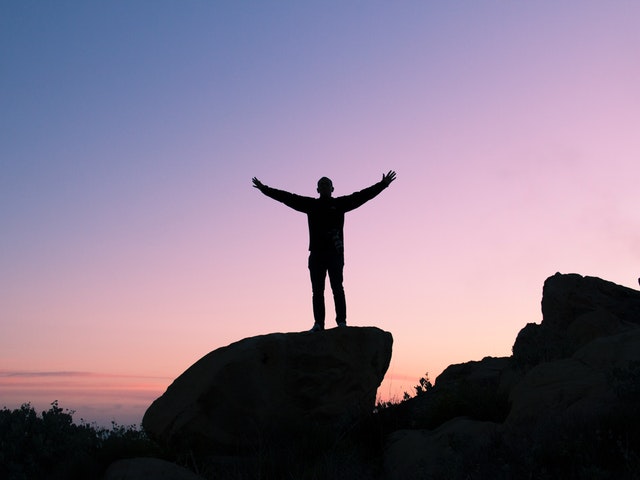 It has been less than a year since TRON (TRX) launched its MainNet, but during this short period, the project has seen a massive amount of success. Not only did it partner up with countless exchanges and other projects, but it also went through a token migration, token burns, and a Super Representatives election.

Then, it acquired BitTorrent and announced Project Atlas, which later led to the launch of the BitTorrent token (BTT). In addition, it launched its own DEX, its ecosystem exploded with dApps and smart contracts, and it even managed to beat several records regarding the number of transactions per day and week.

While all of this already seems like more than a project should be able to achieve in less than a year — it is only the tip of the iceberg in TRON’s case. Misha Lederman, who has been elected as an advisor to the dApp Evolution Ecosystem, and who is deeply respected within the TRON community, often points out TRON’s achievements.

He recently noted that TRON’s number of dApp users exceeded 88,928 on April 30th, while the project had over 407 active dApps at the time. In addition, TRON is nearing its 1,000th smart contract, which proves that developers are favoring the ecosystem more than ever.

With 407 decentralized apps live on https://t.co/NOiHq5tOGz, TRON's user base is growing daily & will soon surpass 100k

The full potential of #TRX is only starting to show…#IAmDecentralized pic.twitter.com/UDA74Qs6zB

While the project is young, it is extremely innovative, brimming with enthusiasm, creativity, and has a rapidly-growing user base. There is proof of this as well, as the project already has over two million addresses.

With all of this in mind, it is clear that TRON is slowly, but surely, becoming one of the most popular platforms in the world of blockchain. The project has managed to avoid controversies and scandals, unlike other coins, particularly Tether (USDT). Meanwhile, TRON’s dApp number is growing as well, with new ones getting launched all the time. With a situation like that, it would not be surprising if TRON surpassed EOS in terms of dApp innovation, and become the so-called ‘Ethereum Killer.’

TRON vs EOS and Ethereum

While TRON may be at the 11th spot in terms of market cap, it is only third when it comes to dApps. EOS still holds the second place, while Ethereum leads. However, this situation might change in weeks to come, if TRON’s development continues at this pace.

Ethereum will be a much more difficult project to surpass, as it already has over 1700 dApps, where TRON still has just a bit over 400. However, it is also important to note that Ethereum has been developing dApps for nearly four years now, while TRON had less than one. In addition, the speed at which TRON dApps are coming out is increasing, while Ethereum’s developers appear to be migrating away in favor of EOS and TRON.

Finally, as proof that the perspective does matter, there is CCID (Chinese Ministry of Industry and Technology Development), which made its own list of best projects. On their list, EOS currently leads as the best one, while TRON is a close second. However, this list does not focus on the number of dApps, but instead on creativity, innovative ideas, the applicability of an asset, and essential technological ability.

TRON is certainly deserving of the high rank, and it is likely only a matter of time before it surpasses EOS. As for Ethereum, it is still one of the most important projects ever to be developed, and that will never change. However, Ethereum’s focus is on smart contracts, rather than the coin or dApps, which is still an area where the project dominates, and that is unlikely to change anytime soon.

TokenRoll (TKR) Platform Will Take Online Casinos to the Next Level