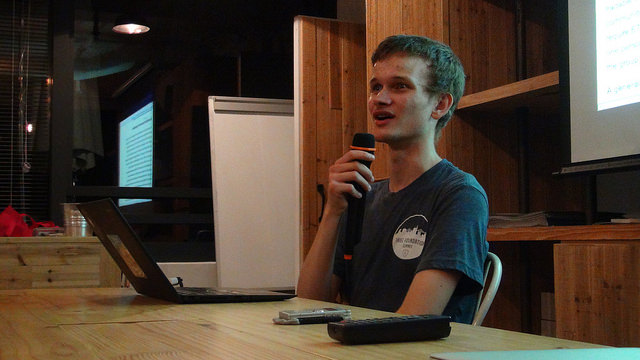 A well-known figure in the cryptocurrency world, Justin Sun is undoubtedly charismatic. Of course, that level of confidence and outreach can occasionally cause friction. Sun recently made several comments on Twitter about the Ethereum blockchain, comparing it against his own Tron project. His dedicated community latched onto these statements and ran with them. Unfortunately, this caused some friction with the Ethereum community. This may seem counterproductive, as Tron’s TRX token is still firmly in place on the ERC20 standard. However, the recent launch of the Tron test net means that the two projects will soon diverge.

Sun targeted many of Ethereum’s major statistics. Among his targets was Ethereum’s transaction rate – which still stands at an abysmal 25 per second. He went on to discuss the relatively high fee for these transactions, inversely proportional to the relatively low number of decentralized app users. The picture that Justin paints is a dire one for Ethereum – within his comparison, Ethereum is barely a competitor to Sun’s Tron blockchain.

Of course, the response was quick and biting. Vitalik Buterin, co-founder of Ethereum and head of their development foundation, had some choice words for Mr. Sun. He responded to Justin’s info-graphic with a sarcastic remark about Tron’s recent whitepaper controversy. Ultimately, Ethereum’s dominance over the smart contract field is undisputed. This includes Tron, considering their token’s status as an ERC20 standard. Until the global main net launch, Tron is dependent on the Ethereum blockchain to provide functionality to their TRX token.

In brighter news for Tron, the last week saw their TRX token added to major South Korean exchange Bithumb. South Korea is a well known hot spot for cryptocurrency, despite their recent governmental hiccups. Leveraging cross-over appeal, Justin Sun’s success in getting TRX listed will give the coin a much-wanted boost. Although Tron has held up better than many altcoins in the recent market correction, it is still significantly below the all-time high.

Bithumb has strict rules for which coins gain listing on their site, and it’s possible that Tron’s proof of concept test net helped push them over the top. This added trading volume is a feather in Sun’s cap as he moves towards Tron’s full main net release next month. If everything goes smoothly, the Tron blockchain may actually compete against Ethereum – just as Sun claimed it would.

Tron’s test net has been available since the end of last month, and it has seen heavy adoption in that time frame. Sun announced over 2,500 active nodes in 31 countries, making his project one of the most active in the crypto-sphere as it stands. Given the low volume and lethargic market conditions, this is an impressive accomplishment. Recent market trends suggest that we may have reached the bottom, at least for the near future. Given the success of Tron’s test net in this environment, a market upswing could be extremely lucrative for the new blockchain.

Tron came a long way from their start as a vision and an ERC20 token. Sun’s leadership and the strong showing from Tron’s development team created a visible, working product. Not many blockchains can claim this feat yet. Whether or not Tron will ultimately fulfill all of Justin Sun’s promises has yet to be seen, but they are on the right track.

Ripple XRP – The main debates about the “coin” finally elucidated

Why Investors Shouldn’t Be Concerned Over Stellar Lumens (XLM) Liquidity