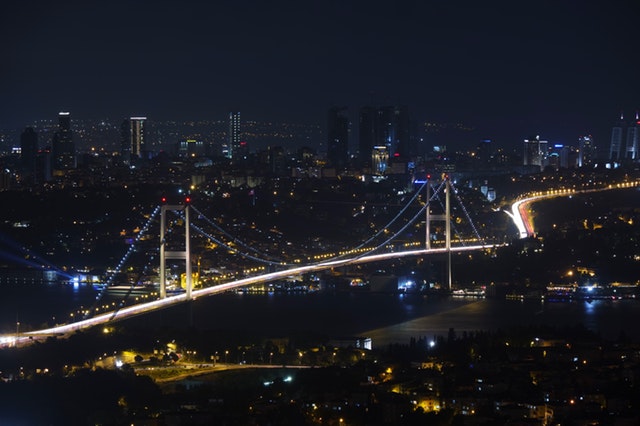 Turkish crypto exchanges have seen a massive spike in trading volume in the last few days, especially when it comes to Bitcoin (BTC) trades.

Following the recent incident that included Turkey’s President Recep Tayyip Erdogan accusing the US of attempting to ‘stab Turkey in the back’, the local exchanges in this country have seen a massive increase in activity. Within only 24 hours, the exchange Btcturk saw trading volume go up by an entire 350%. And that is not all, but the significant number of the trades (38%) included Bitcoin (BTC).

Additionally, the Turkish President’s statement also had a large impact on the country’s currency, the Turkish lira (TRY). Apparently, the currency is seeing some of the record lows against the dollar, and many expect that its value will continue to drop, as the tensions continue to rise within the nations.

The Turkish President additionally continues to believe that all of the financial problems within Turkey are results of the US plot. According to him, the United States has been conspiring to cripple the country, while rash economic policies that led to the inflation and a massive debt in foreign currencies apparently have nothing to do with it.

The country’s interior ministry is trying to find a way to calm the situation down. However, so far, they only ended up threatening its citizens with legal actions if they publically bash the lira. For now, that mostly includes comments on social networks that are seen as ‘provocative’, and they include over 350 accounts. However, during all of this, the country’s citizens have decided to abandon the lira in favor of various cryptocurrencies.

Numerous exchanges have seen a large increase in their trading volumes, especially against Bitcoin (BTC), Ethereum (ETH), and even Ripple (XRP). In fact, Ripple and Ethereum were among the biggest trading pairs according to Btcturk’s data. The two coins are bested only by Bitcoin and Tether (USDT). The exchange also seems to be offering Litecoin (LTC), but this crypto has received far less attention during this incident.

Turkish lira among the worst currencies of the year

According to reports, there are only two fiat currencies that are currently performing worse than Turkish lira, those being Venezuelan bolivar, and Sudanese pound. The lira has lost 45% of its value in this year alone, and while Bitcoin is an absolute leader in losing its value, it is still far stronger than this traditional currency.

Swapping lira for a stronger currency has also become less and less of a valid option, which is what forced the people of Turkey to turn to cryptos. As mentioned, Bitcoin was the primary choice for a lot of these people. In fact, in less than 24 hours, over $14 million got exchanged at Btcturk. Other exchanges like Koinim, Paribu, as well as Koineks, have also had a large increase in trading volume.

As expected, various rumors started to circulate, some of them claiming that the banks in Turkey would end up supporting customers whose accounts were found to be holding the USD. Additionally, the country’s President himself seems to be desperate to prevent his citizens from turning to the US dollar.

With all of these efforts to undermine the dollar’s activities in Turkey, it is no wonder that the people saw cryptos as their only way out. While it is still too early to say that the country will reach the condition of hyperbitcoinization, it is obvious that BTC is currently among the few things that are keeping the country together.

Stellar (XLM) Has Edged out EOS from the Number 5 Spot on Coinmarketcap. Is XRP next?

Why Bitcoin, Ethereum And Altcoins Are So Weak in 2018