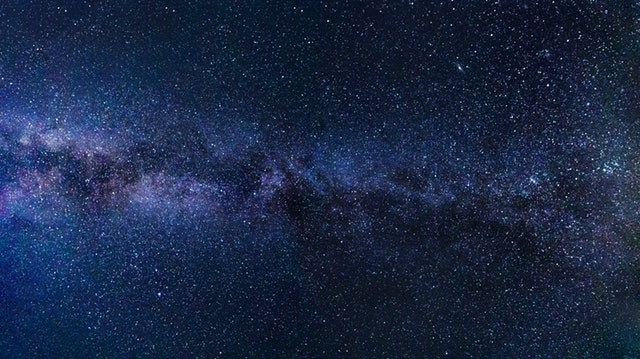 The hashrate of the Bitcoin (BTC) network has set up a new record a few days ago, by hitting the amazing 52 quintillion hashes per second. As BTC technical support continues to improve and develop, the industry commentators choose to encourage and congratulate Bitcoin on the achievement.

According to recent data from Blockchain, it would seem that the hashrate of Bitcoin managed to reach as many as 52 quintillion hashes per second. This is the first time in the history of Bitcoin that a crypto has reached such a large number. In fact, the number is so large (52,000,000,000,000,000,000) that it is pretty hard to even imagine it. One Twitter user tried to put it into perspective as he shared this news.

If that's hard to grasp, there are:

…and 50 quintillion reasons why incentives are powerful

Obviously, this is a huge achievement, and it shows that Bitcoin’s efforts on accelerating and improving the hashrate are not in vain. In fact, the growth of hashrate has even become one of the biggest characteristics of this crypto in 2018. The increase of hashrate only in the last three months has improved significantly, by more than 60%. The last hashrate report came in June, and back then, it was 43 quintillion, so the progress of this aspect of the leading crypto is more than obvious.

How does this affect the sellers?

When hashrate reports came in June, one of the biggest crypto proponents, Max Keiser, who is also a host of Russia Today, stated that he believes that the price is bound to increase due to this technical improvement. According to him, the price will definitely follow the hashrate. It turned out that he was right, and Bitcoin’s price against the US dollar went up by 15% only a few days later.

After the recent price surge due to ETF expectations, Bitcoin once again saw the drop which came as a consequence of the SEC’s decision to postpone the decision making. Because of this, many are wondering whether the new hash report will be enough to start another bull run.

Philippe M. Heilberg, AIG commodity division’s former head of global emerging markets, has started wondering what would the sellers think even if BTC’s price goes up by as little as 10%.

Hashrate growth for #BTC for last 3 months is 60 percent. Even assuming a 10 percent growth rate, it makes you wonder what sellers are thinking. Must be close to the bottom for #crypto especially #Bitcoin and #litecoin

Bitcoin has had a lot of significant ups and downs recently, and many of the increases have been false alarms. Even so, it would seem that the overall faith in Bitcoin being the coin of the future remains strong in many investors and crypto enthusiasts.

Additionally, the ICE, which is a parent company of the New York Stock Exchange, has announced a large BTC-related project recently. The project has got a lot of people excited, especially when ICE announced that it will be collaborating with some major firms like Microsoft and Starbucks.

The project in question is to bring a new crypto platform, Bakkt, which is to go live by November of this year. With all of this going on, a lot of people believe that Bitcoin’s price has already reached its bottom and that it can only go up from here. Obviously, a lot has been going on recently, and it is anyone’s guess what will happen next. If one thing is certain, however, it is that we are still not done with the excitement regarding Bitcoin and that many new developments are waiting in the following months.

Keep HODLing BTC, ETH, XRP, LTC, TRX: We Are On The Cusp Of Greatness

Get Over the Bitcoin ETF and Focus on Bakkt