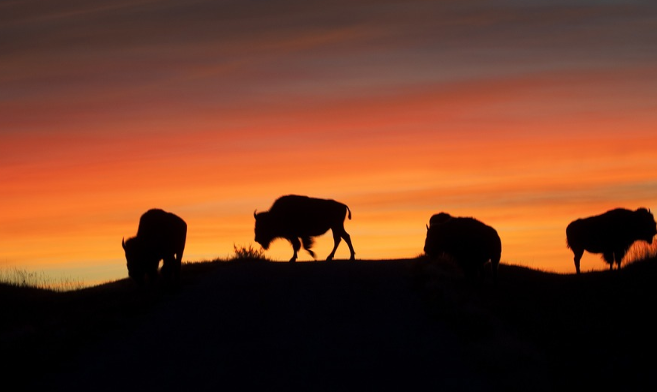 Everyone can agree on the fact that Bitcoin today is not what it used to be. Ten months ago, when 2018 was only a few days young, the leading cryptocurrency started losing its value, thus beginning a 2018 bear market. Since then, Bitcoin’s value continued to gradually drop from its all-time high of $20,000 per coin to today’s $6,600

Of course, this was not the lowest that BTC has reached this year, and at one point, it even dropped below $5,800. However, most analysts and crypto experts agree that the current price of $6,637.39 per coin can be considered Bitcoin’s bottom.

Still, a lot of investors and analysts remain optimistic, with some of them claiming that Bitcoin is about to experience a huge price surge. The most notable one among them is crypto traders Ran Neuner, who firmly believes that BTC is about to explode, according to his recent tweet.

I just bought Bitcoin for my parents. It’s too obvious that it’s about to explode…

Is Bitcoin about to go on a bull run?

Neuner’s confidence in Bitcoin has grown significantly as the date of US SEC’s Bitcoin ETF decision is approaching. This is a decision that has been postponed several times so far, and it can easily be considered an event that has been anticipated throughout 2018.

Last year,around this time,BTC went from $6691 (Nov 11) to $20000 (Dec 17) in 5 weeks.This on the back of the expectation and launch of a cash settlement BTC futures contract. An ETF is a way bigger deal & requires actual purchase of BTC.2 looming SEC decision deadlines ahead.

Convinced that the decision will be a positive one, Neuner draws a parallel with Bitcoin today and Bitcoin from a year ago. Back then, a bull run that has brought the entire crypto market to new heights started just before CBOE launched Bitcoin futures after it was allowed to do so by US CFTC. The CME received the same decision on December 17, which was the final push for Bitcoin to hit its historic $20,000 per coin.

Now, a similar event is expected, as Neuner believes that the SEC will say yes to Bitcoin ETF applications. Furthermore, he believes that BTC ETF is a “way bigger deal” than the futures contract, which is why BTC might reach entirely new heights.

The future depends on the US SEC’s decision

Apart from allowing Bitcoin to reach an even higher value than last year, BTC ETF also has a potential to push the coin toward an even broader recognition. According to some experts, this may even mean allow Bitcoin to officially join Wall Street.

The fact that Bitcoin ETF decision is a long-anticipated one needs no confirmation. The SEC is currently tasked with reviewing, and possibly approving, as much as nine applications, submitted by three applicants. Because endorsing BTC ETF is such a huge deal, the SEC clearly wanted to take its time with deciding what to do. This is additionally supported by the fact that the decision-making was postponed several times, with the latest deadline being November 5.

Of course, many remain a skeptic of the decision, not believing that it will be a positive one. These individuals are quick to point out that the SEC rejected numerous BTC ETF applications already, with the most notable one being submitted by the Winklevoss twins. Their requests were rejected several times, first in March 2017, and then in July 2018.

Even so, Neuner remains optimistic about it this time, and so do numerous other investors, experts, and analysts. A favorable decision would make a big difference for Bitcoin today, and it might even spark the real mainstream adoption of cryptocurrencies.