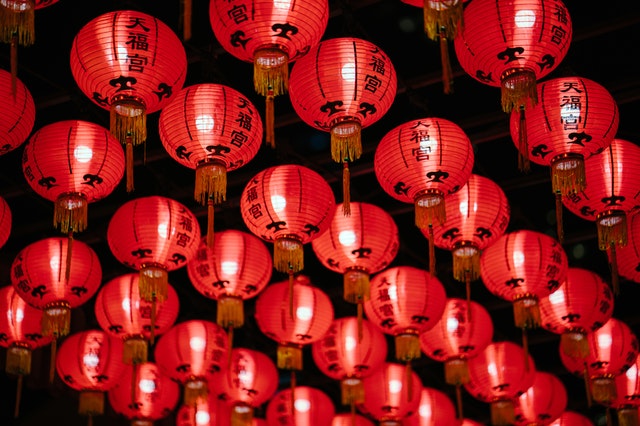 Bitcoin (BTC) lost about $100 in value in the last week, and, while reasons behind the drop in crypto prices can often be hidden and unclear — this time, that is not the case. The reason for this drop is believed to be the celebration of the Chinese New Year.

The New Year celebration was over more than a month ago for most of the modern world. However, things are a bit different in China. This is a country which is considered to be one of the oldest ones in the world, with a long and complex history. The country’s traditions are fascinating to many around the world, as so many of them are different from western culture. One of these traditions is the Chinese New Year.

The New Year celebrations in China start on January 28th, which was a week ago. The New Year itself is today, February 5th, although the celebrations and festivities are going to last until February 19th. For the people of China, and all those around the world who follow the country’s tradition, this is the time to relax, take a break, and perhaps travel and visit friends and family. But, what does it have to do with Bitcoin?

Those who are new to the world of cryptocurrencies have likely already heard many stories about China banning Bitcoin trading and crypto investing, in general. The country certainly is not as accepting of cryptocurrencies like South Korea, Japan, or Singapore. However, it may also come as a surprise that things were not always like that. Before introducing a ban on crypto investing and trading, China was very much active in the crypto space.

This can still be seen today by the fact that the majority of Bitcoin mining happens within China’s borders. That does not mean that China has no activity in the crypto space anymore, however. The country’s citizens are still allowed to do P2P trading, as well as Over-the-Counter transactions. Also, despite being unfriendly to crypto, China is still as excited about blockchain technology as any other country.

China’s citizens also managed to find other ways of trading crypto, which often include privacy tools such as VPNs. Others have simply left the country, including individuals and companies alike. In other words, China is still quite active in the crypto space, or at least — its citizens are.

As mentioned, followers of Chinese traditions have spread across the world, and many of them did so in order to trade cryptocurrencies in a more friendly environment. Of course, this does not include every person who left China, but it still includes a lot of people.

As a result, festivities scheduled for the end of January and most of February will likely draw their attention away from crypto trading, at least for a while. In fact, it has likely already happened on January 28th, the day when the celebrations began. It is no coincidence that Bitcoin’s value dropped by $100 on that very day, just as many followers of the Chinese culture likely decided to take a few days off from trading in order to travel or be with their loved ones.

The drop was sudden, and it stopped equally as fast, leaving Bitcoin’s price relatively stable at $3,460, with only minor ups and downs. This allows us to draw several conclusions, such as the fact that China is still quite a significant contributor to the crypto space on a daily basis. Despite the ban on most forms of crypto trading, China’s absence from the crypto space is quite noticeable, and it is likely that many have decided to withdraw a portion of their funds in order to pay for a vacation.

There is also a possibility that Bitcoin price might surge a bit in the next several days after the traders return to the market. However, it is equally as possible that the price will remain low for the next two weeks as well, due to the fact that most of the festivities will last until February 19th. In that time, BTC price can go up or down, which is why traders might want to keep a close eye on the price changes.

SOLVE Token Could Be A Huge Long-Term Winner