Cindicator (CND): What Is Cindicator And Why Is It Progressing So Fast? 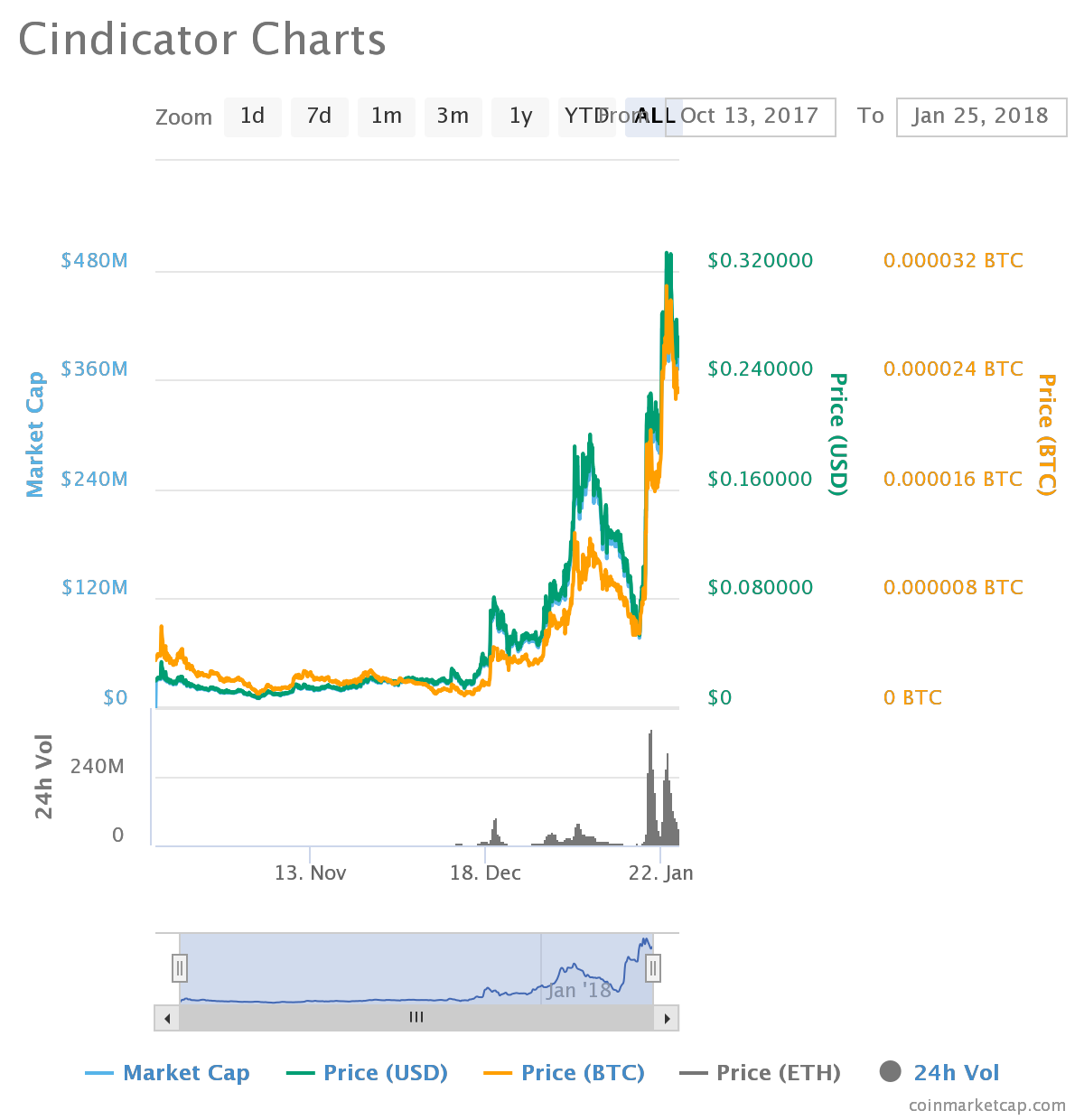 After the recent and very sudden drop of prices with the majority of cryptocurrencies that occurred only a couple of days ago during the previous week between January 17th and 18th 2018, we like to hear more about currencies that aren’t going through a rough patch with dropping prices and massive selling occurring.

Cindicator is one of such digital coins, but what interests us the most is what exactly is CND and why is it progressing so fast.

To learn the truth behind this benevolent occasion of having CND rising promptly in price and within the general interest of the public, here is everything you need to know about this digital coin.

CND, or otherwise known as Cindicator, started out back in 2015 but started to trade in 2017 when its ICO started to run. Almost every coin has a unique idea behind its creation, and the concept behind CND is more than impressive as CND deals with promoting Artificial Intelligence through creating a blockchain based ecosystem that will allow members and users to interact with each other by using CND as their token of value.

The targeted members CND is dealing with within its community are financial analysts, people trading with artificial intelligence and data scientists. You can easily become a part of CND community if you are working in any of these departments or in case you are professionally eligible to either get involved with trading with Artificial Intelligence products, financial analysis or science of data and information.

The main idea behind the project is to create a growing community that focuses on creating an ecosystem based on blockchain specialized in collecting knowledge of all members that are working on the CND platform. The main goal is to create a functional and operational community with an entirely new and revolutionary infrastructure that would contribute to the development of Hybrid Intelligence.

Hybrid Intelligence, for all of those yet unfamiliar with the term, is a combination of human intelligence and machine learning, used to establish new ways of efficient management of different assets – in this case this development is focused on creating more efficient crypto trading and enabling the community to function with prediction data regarding the market of cryptocurrencies. This is why CND community ecosystem has a unique infrastructure.

The infrastructure within the CND ecosystem is made to encourage forecasters (financial analysts) to join the community so they would be able to earn rewards in the form of CND tokens in exchange for the information they have and the work they are contributing with.

The forecasters would be working within the CND ecosystem, sharing valuable information related to business, investments, economy and general investing in the crypto market, while that information would become available within the Collective Intelligence Platform where analysts, data scientists, and Artificial Intelligence traders work together.

The information and data generated to hold value are rewarded with CND, that way encouraging forecasters to contribute more and allowing coin holders to participate, gain access to information and perform purchases and transactions within the platform.

Since CND is base on blockchain technology, as with all coins in general, all transactions are decentralized and done promptly with the interaction between two parties only and completely without a third party.

Given that CND is involved in developing one of the hottest tech topics ever to arrive – machine learning, hybrid intelligence and artificial intelligence in general, including services and products related to this field, it is no wonder that CND is thriving, progressing promptly and gaining on its price with a steady pace.

How is CND Doing?

We all remember the last year with a big smile on our face when we think about what 2017 did for cryptocurrencies. CND was jumping up and hitting the moon in the previous year as well when this coin had a total market cap of 15 million dollars.

Now, it seems that although 2018, especially the third week of January isn’t going too well for the majority of crypto coins, it appears that CND is not affected by any of the recent crisis on the crypto market.

It’s quite the opposite, as this new coin has managed to reach the fantastic number of $600 million by the end of 2017, while it continues to progress even in January 2018 while the majority of other coins are still in shock after the selloff that occurred at the end of the last week.

That would mean that from the end of November 2017 to the end of December the same year, this coin was up to almost 930%, which is truly fantastic progress. What is even more interesting is that this coin is still progressing at the same pace with constant increases in price where the last increase stood at 43.11%.

Even though CND still holds the value of under 1 dollar per single unit, it is predicted to have it jumping to that point latest by the end of February 2018 in case the coin would continue to increase.

The fact that financial data found within CND bots and provided by financial analysts was almost 75% accurate, this degree of accuracy have set a milestone of success for this digital coin, showing its purpose in practice, and that way drawing more investors into buying CND. The price is set to go over one dollar per unit pretty soon.

We will be updating our subscribers as soon as we know more. For the latest on CND, sign up below!

This Company Is Making Investment Funds Accessible To Individual Investors