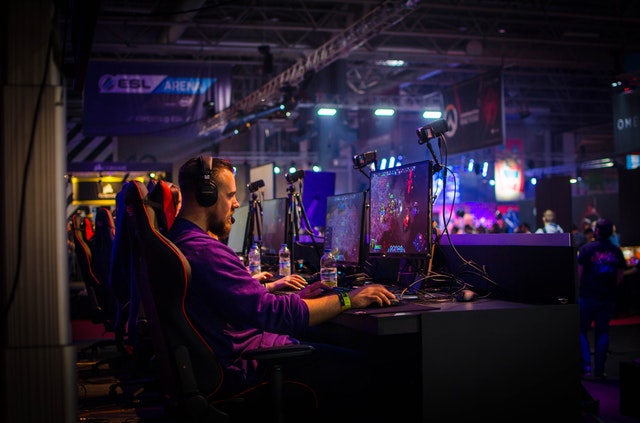 Cryptocurrencies were a thing on the underground for years before they started to gain mainstream attention. The original crypto, Bitcoin, is the most widely recognized and following its mainstream arrival it has really shone the spotlight on cryptocurrencies. One area where cryptos have been widely used for a couple of years is in the online gaming and casino sector, where their popularity continues to grow in this area at an impressive rate. From the award-winning mFortune online slots service and other established brands most likely looking at the viability of this new technology, to new brands being launched focussing on their ability to take cryptocurrencies; the industry is definitely embracing the concept.

Bitcoin is the original cryptocurrency and it’s seen as the best in the eyes of many for this very reason. However, there are other cryptos out there such as Ethereum and they both have their pros and cons; but which of the two is best suited to the online gaming world? Let’s find out.

First of all, due to Bitcoin being the first ever cryptocurrency it is the most widely accepted as you’d expect. This instantly makes it the most popular for use at online casinos because the operators that accept cryptos will accept Bitcoin. However, its popularity has started to get the better of it at times, with the network often becoming congested; which leads to delays when depositing and withdrawing.

In the past, it was the speed of transactions when using Bitcoin as well as their low fees which made this the payment method of choice for many. Now, with transactions taking longer to process, it’s opened a gap in the market where other cryptos could usurp it, with Bitcoin’s huge advantage now seemingly a thing of the past.

Step forward, Ethereum. While Bitcoin may be the number one cryptocurrency, Ethereum runs it a good second and while it operates in the same way as Bitcoin running on a blockchain, it does bring its own features to the table too. One of its unique twists is the use of smart contracts which enforce transactions in the cryptocurrency world.

In terms of its influence in the online gaming sector, Ethereum is growing in popularity, and for very good reasons too. While it may not be as popular as Bitcoin, it does have its advantages and the fact that they capitalize on their rival’s perceived weaknesses show why Ethereum is gaining a head of steam in gambling circles.

Ethereum’s transactions are not only processed a lot faster than Bitcoin’s, but their fees are lower too; which can be all the difference when it comes to deciding whether to game using Bitcoin or Ethereum. We live in a world where speed is everything, people don’t want to have to wait any longer than they need to and with Ethereum they won’t have to.

In terms of the head to head battle, if you want faster processing speeds and lower fees than Ethereum is worth considering. Bitcoin is the king of cryptocurrencies though, it’s by far the most reputable and the fact that it’s the most widely accepted makes it the ultimate choice regardless of decreased speeds and higher fees. In fact, the reality is, players will find that most cryptocurrency gaming sites will most likely accommodate a number of currencies.