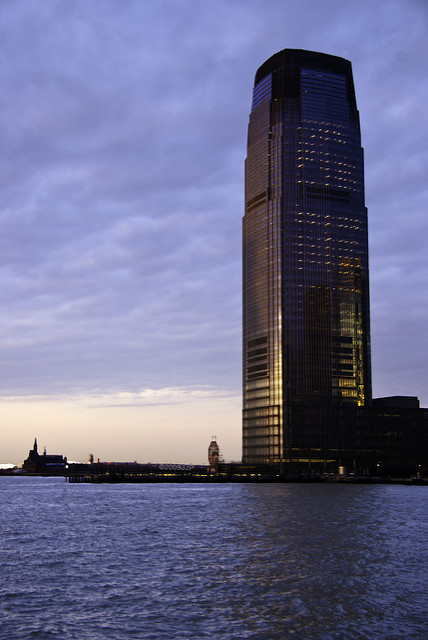 A new announcement by Goldman Sachs indicates that the bank will give up on crypto trading desks, at least for now. Instead, they wish to focus on new projects, like crypto custody products.

A lot of people were shocked or even enraged when they heard the new announcement by Goldman Sachs. It would seem that trading Bitcoin is a more difficult concept that many have believed. This might be why the bank officially decided to drop its plans for opening a trading desk for cryptos. People familiar with the issue claim that regulatory framework simply isn’t clear enough.

So, the bank did the only thing it could do — it moved the project further down the line and decided to dedicate its efforts to something else. This doesn’t mean that they will never get back to the trading desks. However, now is not the right time to deal with that, apparently.

While it is waiting for the better crypto regulations to arrive, Goldman will focus on something else. One of the new projects seems to include crypto custody products. This indicates that the bank is a cryptocurrency holder and that it will keep a close eye on the prices. The reason for the new project might be the goal of helping the large firms get comfortable with cryptos. Numerous analysts believe that reputable custody offerings are something that institutions need in order to become relaxed around cryptos.

The lack of proper regulatory solutions

For months, Goldman was asking for patience as it studied ways of entering the crypto trading industry. The crypto enthusiasts were patient, until a few weeks ago, when the bank’s executives started saying that there are too many factors out of their control. The bank’s spokesman ended up saying that they are exploring the best ways to serve clients. However, the statement also claims that there is still no conclusion regarding the scope of a digital asset offering.

The company has already started creating thee markets for those clients interested in BTC futures and contracts for difference. These will allow investors to guess Bitcoin’s price without the need to actually own the asset. Over time, Goldman made attempts to downplay the ambition to create a trading desk. They stated that the industry still requires exploring in order to serve the customers in the best way.

The bank first announced its interest in cryptocurrencies back in October 2017. Various reports from that time noted that the bank is studying the crypto industry and that it even has a special group devoted to this.

Then, in December of last year, the bank expressed the desire to put up a trading desk, likely before June 2018. It would be located in the securities division, which is where the company does most of its trading. After that, the next notable development came in April, when Justin Schmidt became the head of digital asset markets for the bank.

Finally, in May, new reports came in, stating that the bank would further explore trading desk, if only the regulations were proper. Apparently, they needed a way to deal with the risk of being a crypto holder. In the confusion, a new rumor emerged, claiming that the bank is about to open its trading desk.