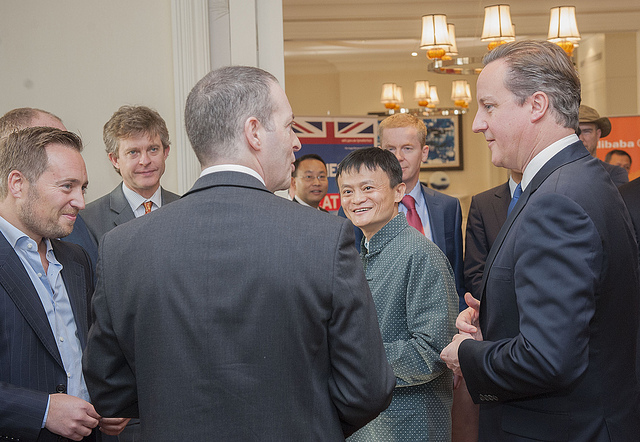 The TRX community is not new to speculation and predictions. Whether it be about the price movements of TRX or future partnerships, that much can be said especially with the recent rumors of a possible partnership between TRON and Alibaba group (the E-commerce giant of the East).

What you need to know about the Rumour

Well, if this comes as a surprise to you, here is a brief recap. The whole situation actually started when the founder of TRON, Justin Sun mentioned in a post on tweeter about the possible exciting partnership announcement between the now top ten ranked cryptocurrency and its ‘biggest partner ever’. With that single post, the whole community was abuzz with excitement that has lasted a couple of weeks.

Tron has been growing over the past few months with a current team of over 100 members in its Beijing headquarters plus plans for increasing the team to a full house of 400 members working on the platform. If Tron’s founder Justin Sun is able to achieve this by the end of the year, he will comfortably be on track to beat top organizations like Ethereum that boast of over a thousand members on its team.

With this kind of workforce, the speed of development on TRON runaway will obviously increase and with that comes more partnerships with leading firms and entities. But with that being said, the one partnership that TRON enthusiasts are waiting for with baited breaths is the partnership with Jack Ma’s Alibaba Group.

Already there have been speculation and perdition that the planned partnership is set to happen somewhere in the middle of this month. So far, however, TRON is still on course to the launch of its Mainnet with an ongoing super representative election and ranking that Mr.Sun has been talking about on his twitter handle.

Taking a closer look at the possibilities

However, looking at Jack Ma’s philosophy of building the future of e-commerce and allowing the young generation to take up leading positions, there is an absolute reason to the rampant speculation of a possible partnership between Alibaba and TRON. Granted, Jack Ma has publicly stated his dislike for Bitcoin, however, he also believes that the Blockchain is a promising technology. In fact, Justin Sun has previously mentioned his close ties with the founder of Alibaba group not to mention Sun’s achievements as the best graduate apprentice from Hupan University which Mr.Ma happens to be involved.

How Alibaba will benefit

Although these rumors have been ongoing for weeks it would not only be great for TRON to bag such a huge partnership but it would also serve the Alibaba group well if they managed to work with TRON especially now that the platform is growing with a young team of developers and a series of advancements set for later this month on TRON’s Blockchain network.

With the launch of the Mainnet TRON is set to pave the way for a truly decentralized internet 4.0 that Alibaba’s e-commerce empire can thrive upon. Recent tests by the TRON team on the network ended up being successful.

Tron is focused on making it easy for creators to sell their content online while also facilitating efficiency for consumers looking to buy content. If Alibaba is ever to partner with Tron, it will be able to go head to head with other e-commerce giants such as Amazon that is expanding their reach into the entertainment industry.

Ripple to reach $334 per XRP in 3 years. Outrageous prediction?