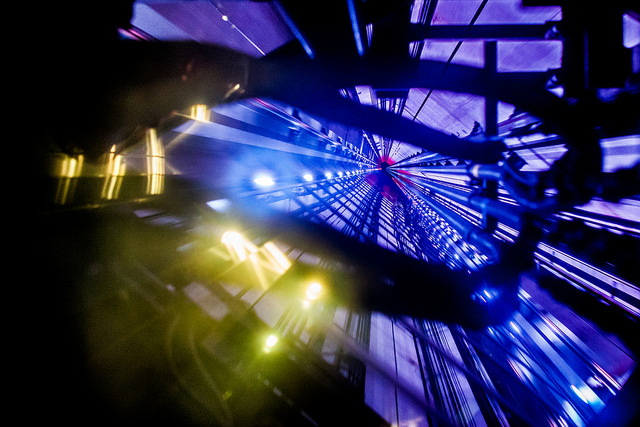 The upswing in the speed of transaction improves the chance for Ripple to get adopted by a large number of financial institutions as already several banks have confirmed the testing and integration of XRP technologies in their systems.

When it comes to alt-coins, two valuation systems have come to the fore. One system accredited the artifact-value of an altcoin, which is associated with the restricted number and the resultant popularity of a cryptocurrency. The other emerging analysis is that the value of alt-coin entails the use-case of cryptocurrency. With regard to this use-case valuation, XRP has emerged as the leading cryptocurrency on account of the fact that that the XRP technology has been adopted by the widespread financial sector.

One of the most successful cases of adoption of Ripple by the financial sector is the case of the Cuallix financial system which is an international company that implements XRP technology to fill the gap between payments and inter-border fiat transactions. This use-case valuation is strengthened by the Ripple’s collaboration with SBI Holdings, a premier financial company in Japan. SBI securities, the subsidiary of SBI HOLDINGS, has turned out to be the largest online securities firm as it boasts of more than 4 million brokerage accounts base SBI virtual currencies, expected to launch soon, plans to use XRP as the only virtual asset.

How restriction is beneficial for artifact value of Ripple

The statistics available on coinmarketcap.com reports that the amount of XRP available for circulation is almost near 40 billion dollars. Official information from the Ripple Company states that there is 55 billion of the XRP alt-coin that have been put into escrow and the company is equipped to sell a billion such XRP alt-coin per month. Ripple is appearing to be HODL its available stock of XRP alt-coins, and putting the remnant amount back into backdated escrow. This implies that the amount of XRP not being sold each month is then slated to be sold in the future timelines, probably after decades. There are currently about 6 billion XRP which are available for trading in the crypto market plus the few million sold by the that the company on a monthly basis in order to invest in its business ventures.

The utmost importance of speed

Realizing the importance of speed in financial transactions and processing, Ripple has been updating its systems and software consistently. The most current upgrade resulted in VISA getting replaced from its top spot by Ripple for the swiftest transaction speeds. Currently, Ripple’s transaction speeds have crossed that of VISA’s to reach the mark of 50,000 transactions per second. Ripple, which has now emerged as a company dealing in international financial transactions, holds the responsibility of the XRPtoken. With some of the latest technological upgradations in the speeds of transaction that have taken place, Ripple is set to earn the status of the speediest virtual transaction processing company on a global scale. The other crypto networks which register speeds close to that of Ripple are Bitcoin Cash, Bitcoin, Dash Ethereum, and Litecoin.

At the beginning of 2018, MercuryFX, a key international currency exchange company and IDT corporations, which is a telecommunications firm, have both joined the expanding network of Ripple. Both these companies have resorted to the xRapidpackage which enables them to make the retail transfer of funds and other corporate dealings with much more accuracy and speed. Since XRP can make transactions at double the speed of VISA, which is one of the premier global credit card conglomerates, there are more than a hundred banks relying on XRP as a potential artifact to implement cross-border processing. The current undervaluation of XRP is understandable due to the exhaustion of most of the XRP that was available for transactions to the public. In the upcoming years, XRP is slated to become the standard against which the value of alternative currencies will be measured. Thus in terms of user-case valuation, Ripple will become the forefront amongst all cryptocurrencies.

The rising trend of banks adopting the Ripple technology has made the CEO of the company Brad Garlinghouse comment in a recent interview that only after 200 banks adopt Ripple, an official announcement will be made.

TRON vs Stellar: Which Will Score Over the Other

Justin Sun: The 5 most thought-provoking facts about the TRON CEO