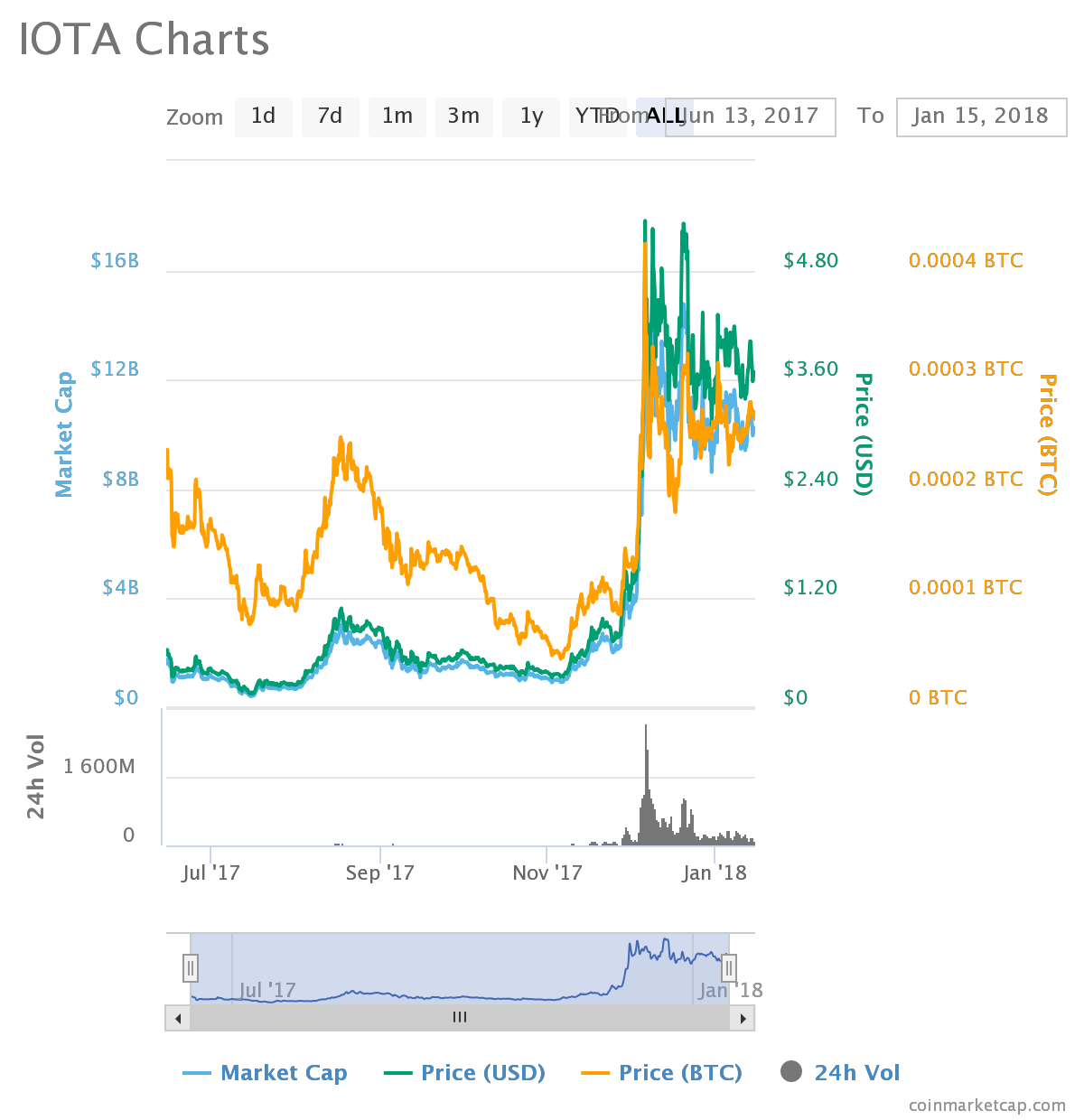 Currently holding the 9th place on the global coin ranking list, expelling TRON and taking over the spot previously held by this digital coin, with constant increases in price, IOTA is promising to establish a reputation of reliable digital currency with bright future. There is a lot to thank IOTA’s advanced technology and focus on the Economy of Things, which might be the reason this coin is progressing promptly.

The Economy of Things

IOTA was made and launched to support the economy of Things, which is established through a network of devices better known as the Internet of Things. To explain the purpose behind IOTA and policy behind this currency, we first need to reflect on this term as an essential part of IOTA and its community.

The Internet of Things is a network that merges different physical devices that are connected with previously enabled connectivity in the form of Wi-Fi, Bluetooth and various applications that make connecting and interference between two or several devices possible. The network can support any device, vehicle or appliance that is enabled to share information and exchange data through a connection. The purpose of this network is to support different actions and tasks to make those same actions more economic and those same tasks easily manageable with no or minimal human interference, that way building a virtual network that reflects the world of physical, inevitably merging those two worlds into creating a more productive environment. By making specific tasks easily manageable by devices through the Internet of Things and having minimal or no human interference involved at all, more economical and cost-effective ways of completing tasks and even doing business are being established.

What makes IOTA innovative besides from supporting a new way of doing business per the semi-physical virtual economy market, is technology this coin uses. Instead of using blockchains to support decentralization, IOTA users have decided to design this coin by creating block-less ledger which would contribute to having a lightweight coin with maximal scalability.

That block-less environment was called Tangle. Thanks to tangle, users can make transactions via scalable, a lightweight block-less environment that is designed to create a decentralized value that is not decoupled but instinct part of the environment, unlike Bitcoin technology and blockchain environment other coins are using. This way, IOTA is creating a peer-to-peer network that can be regulated on its own, also making it decentralized for secure and prompt real-time transactions with no fees, with full security and increased scalability.

Where is IOTA at Now?

If it is to judge this year by the first couple of weeks of January 2018 will be the year IOTA will most probably “go to the moon” as Dogecoin users like to say when they are referring to having increased prices of their favorite coin. IOTA experienced a pretty neat increase in value, going nearly for 10% up, leading to the price of 3.96$ per one IOTA coin.

This digital currency has managed to join the team of top ten best coins by global coin ranking list, taking the ninth place which belonged to TRON only a couple of weeks ago, making IOTA look like the next promising coin going rough on its competition. The general interest for this coin is probably growing simultaneously with the growing popularity of the Internet of Things as people slowly realize that there are more economical and cost-effective business models and ways of doing business more promptly, proficiently and efficiently.

The total market cap of IOTA is currently an incredible 11 billion dollars, while there are 2.7 billion IOTA coins in circulation. Thanks to the innovative technology that proves that decentralized platforms and currencies can be made even without using blockchains as the base technology, this digital currency is promptly working its way up to the top.

If you add the fact that this coin was made to support the Economy of Things which might be the next great model of doing business, it seems like IOTA has it all figured out, for now, provoking predictions of having this coin one of the top coins by the end of the year 2018. But, when it comes to coin market you must never be confident in the stability of any digital currency – just remember that TRON was where IOTA was now on the global coin ranking list only a couple of weeks ago.

We will be updating our subscribers as soon as we know more. For the latest on MIOTA, sign up below!