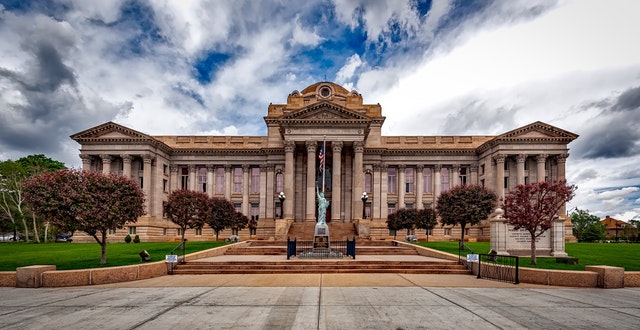 A class lawsuit has been signed by an investor against Ripple. The investor claimed to have lost funds while trading the XRP cryptocurrency alleging that Ripple (the startup technology company managing the XRP token) is in violation of federal and state laws on security.

The investor who goes by the name Ryan Coffey was represented in court by James Taylor Copeland who is a San Diego based attorney. According to Coffey, the lawsuit issued on Thursday in San Francisco County Superior Court was intended to speak on behalf of other investors as well. Coffey claims that the rest of the investors represented in the lawsuit also bought Ripple (XRP) tokens and lost their investments in the long run. The lawsuit was issued against Ripple, a company headed by Brad Garlinghouse and registered under a South Carolina limited liability license as a company with 10 unnamed partners.

This comes just weeks after Ripple Labs and Garlinghouse came under scrutiny over the clarity of the relationship between the XRP tokens and the company Ripple. According to Ryan Zagone who is the director of Ripple’s regulatory relations, “there’s no direct connection between Ripple the company and XRP.” He said this on Tuesday to a UK parliament committee.

The XRP token has had various ups and downs in the crypto space and it has managed to capture the attention of many cryptocurrency investors and traders both in the retail sector as well as the institutional sector. Last year alone, the coin gained a market capitalization of over $140 billion only to fall back again below the $35 billion mark as of this publication.

The Thursday lawsuit came to light after Ryan Coffey’s lawyer tweeted about it.  However, the lawsuit has led a fresh rise of concerns over whether the XRP token is a security or not. In fact, there have been reports issued by a major cryptocurrency exchange questioning the real purpose of XRP even as the mother company brings in partnerships with industry-leading companies such as MoneyGram, Microsoft not to mention close to 100 banks registered on its RippleNet platform.

Ripple on the Defense

While Ripple was on defense on Tuesday, more skepticism arose from the hearing with the complaint arguing that,

This argument, based on the realization of the XRP token as securities issued by the Ripple company was met with a contrary comment received by CoinDesk after reaching out to Tom Channick, the head of corporate communication at Ripple, who said that it’s the Securities and Exchange Commission that decides on whether an asset is a security.

Basically, the US federal law requires that a company seeking to sell securities should first register with SEC. After all, it is the duty of the Howey Test to qualify financial instruments as securities based on the 1964 Supreme Court case standards.

The lawsuit, however, sheds light on the uncertainties surrounding the relationship between XRP and Ripple. In his comment to CoinDesk, Chammick also added that although they have seen the lawyers tweet, the company “has not been served”. He went on to say that Ripple management does not consider XRP to “be classified as a security”.

Be A Part of TRON Governing Community: A Practical Step by Step Process