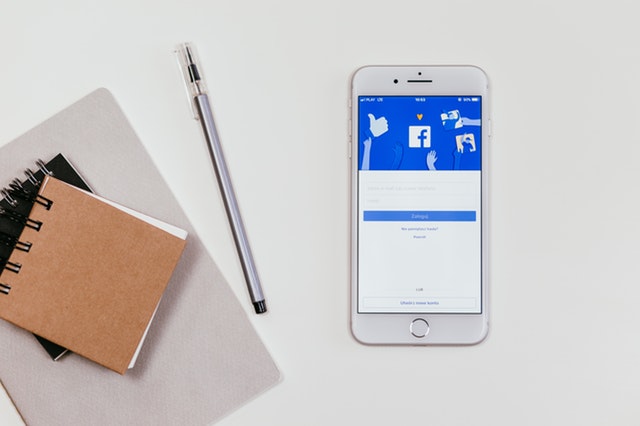 With the crypto markets in turmoil, especially after news about a potential hack at Cryptopia, traders and investors need to turn their attention away from day trading.  Instead, crypto traders really need to think long-term and identify projects that are sure to win in the long-term.  In particular, one crypto company is making major headlines after winning an all-important technology battle against the mighty Facebook.  That company is Zulu Republic (ZTX).

Zulu Republic is an ecosystem of blockchain tools and platforms, designed as a place where people, businesses, and organizations can thrive on their own terms.  And indeed, Zulu Republic has hit a grand slam with their development of Lite.IM.

Lite.IM is a crypto wallet that has been integrated with several of the most popular messaging platforms such as Facebook Messenger and Telegram.  In addition, users in the U.S. and Canada can also exchange and manage crypto balances through SMS.  Although not all cryptocurrencies are available, the team has selected four of the most popular currencies which include Litecoin (LTC), Ethereum (ETH), Bitcoin (BTC), and the native currency of Zulu Republic (ZTX).

Telegram and Facebook Messenger are extremely popular platforms.  But, potentially even more exciting news, is that the Lite.IM team plan to announce WhatsApp integration in the next 1-2 weeks.  There is a reason why Facebook acquired WhatsApp in 2014, for approximately $19 billion.  WhatsApp has some truly jaw dropping statistics:

To put those numbers into context, Facebook Messenger has approximately 1.3 billion users and Telegram has approximately 200 million.  So clearly, the integration of Lite.IM with WhatsApp will be a milestone achievement.  And what’s even more impressive is that it was accomplished before Facebook.

In late December, Bloomberg reported that Facebook would create its own cryptocurrency for money transfers within its highly popular messaging application, WhatsApp.  Specifically, Bloomberg had the following to say:

Facebook Inc. is working on making a cryptocurrency that will let users transfer money on its WhatsApp messaging app, focusing first on the remittances market in India, according to people familiar with the matter.  The company is developing a stablecoin — a type of digital currency pegged to the U.S. dollar — to minimize volatility, said the people, who asked not to be identified discussing internal plans.  Facebook is far from releasing the coin, because it’s still working on the strategy, including a plan for custody assets, or regular currencies that would be held to protect the value of the stablecoin…”

There are a few interesting things to take note of.  First, while India certainly has a massive user base, it seems odd to focus on one particular country.  Marketing the cryptocurrency to India and the rest of the world are not mutually exclusive actions.  So, it seems that Lite.IM is superior in this regard as it is focused on capturing a global audience, rather than a regional one.  Second thing to take note of is Facebook’s seeming inability to protect privacy rights.  They’ve been at the center of numerous privacy scandals including:

Now it’s not entirely fair to single out Facebook.  It seems that many companies in today’s world are having trouble protecting their customers’ data.  But those other companies aren’t attempting to start their own cryptocurrencies, Facebook is.  Cryptocurrency, by its very definition, demands the strictest forms of security and protection.  And while I have my doubts about Facebook’s ability to protect users, I don’t have the same doubts about Lite.IM.

With Lite.IM, customer’s private keys are RSA encrypted with their password.  And unlike Facebook, Lite.IM doesn’t ask for that information and therefore cannot store it.  Facebook has clearly had issues with third parties gaining access to users’ data.  Because of the approach that Lite.IM has taken, third parties have no chance.  Users can rest easy.

Simplicity of Using the Lite.IM Wallet

When new technology projects attempt to gain global adoption, the key to success simplicity.  Not everyone is going to have the same technical skill.  So, it’s imperative that projects be intuitive and fairly easy to use.  Fortunately, Lite.IM is just that.

In order for users to purchase, send, receive, and manage their cryptocurrencies on the previously mentioned platforms, all they need to do is send text-based commands to the Lite.IM bot.  The Lite.IM bot links on the messaging platforms are:

While the link hasn’t been revealed yet for WhatsApp, it certainly will be just as easy to remember and use as the above ones.

On Zulu Republic’s website, their stated mission is to advance the development of decentralized technologies, to promote human rights and empowerment around the globe, and to reduce the global digital divide.  This is an admirable mission and one that can be accomplished through global adoption of cryptocurrency.  In many parts of the world, inflation is a major problem.  Citizens of many countries face the struggle of working long hours for little pay, and then have to watch their hard-earned savings erode because of government mismanagement.

One way to combat inflation is through promotion and marketing of cryptocurrency.  A good example of this is Venezuela, where many citizens are accumulating and actively using cryptocurrencies to preserve their savings.  The main problem with cryptocurrency is how to get started.  Many potential users are scared off either because of their limited knowledge or the difficulty in getting started.  And with all of the reported hacks, it’s no wonder why many are skeptical.

Lite.IM has taken giant steps toward reducing the stress and uneasiness that new users might feel.  Being able to manage one’s cryptocurrencies in a comfortable and familiar environment (Telegram, SMS, and Facebook Messenger) will do wonders toward increasing global adoption of cryptocurrency.

When Facebook announced its desire to develop a stablecoin and integrate it in WhatsApp, many people assumed that Facebook’s dominance in this space would be a foregone conclusion.  But that is certainly not the case.  With the development of Lite.IM, a wallet that is intuitive, easy to use, and privacy oriented, Facebook is now left wondering what it must do to catch up.  Either way, Lite.IM is a pioneer in this space and traders should certainly put ZTX on their radar.

Related Topics:altcoincryptocurrencyFacebookLite.IMTelegramWhatsappZTXZulu Republic
Up Next

Why BlocPal Is the Easiest Way to Accept Cryptocurrency