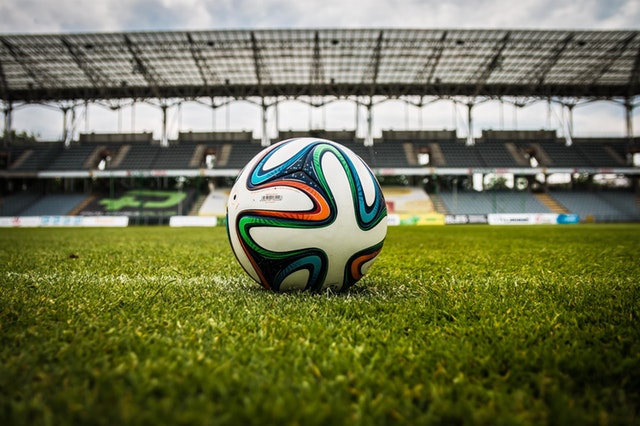 FIFA World Cup makes up for one of the biggest events globally when it comes to the “second most important thing in the world” – football. In the year 2018, the World Cup will be held in Russia as this country gained the rights to host the World Cup back in 2010 when the decision on this matter became official. While it is expected to see this year’s World Cup in Russia as one of the most spectacular events in 2018, word that Bitcoin will in a way support the mentioned event came back in March. Let’s see how Bitcoin is meant to support the faithful football fans during their visit to Russia.

Bitcoin Accepted as a Payment Method

It was announced back in March that Bitcoin will be used in some hotels as a payment method for paying for the stay of visitors that are to come to Russia in order to support their domestic teams on 12 different stadiums across Russia that will become the epicenters of maybe the biggest sports event in 2018.

As it is expected to see millions of people coming to Russia in order to witness the World Cup of 2018 and provide moral support to their country teams, more than several hotels in Kaliningrad have taken the initiative towards enabling payment s with Bitcoin as a way for paying for a stay in the listed hotels.

The hotels in Kaliningrad have already made arrangements with service providers that would be able to process crypto-based payments that will be made with BTC on this occasion.

The predicted dates for the increased inflow of visitors to Kaliningrad is June 14th and June 15th, when the Mundial will take place across 12 different stadiums and with millions of people coming from eight different countries as reported by the responsible parties in Kaliningrad.

The hotels in the mentioned city in Russia have stated that they are expecting to have guests from Serbia, Croatia, Morocco, Nigeria, England, Switzerland, Belgium, and Spain, which means that there will be a lot of potential Bitcoin users coming to support their teams.

As the World Cup is set to take place in Russia during today’s date on June 14th and the next day on June 15th and with Kaliningrad making the capital of the western area in Russia, Kaliningrad makes up for one of the hosting cities that will be welcoming numerous guests during their stay for the next two days.

The hotels in Kaliningrad have thus taken the initiative of partnering up with a service provider called Free-Kassa.

The manager of the hotel chain that has made the mentioned arrangement with Free-Kassa claims that she has noticed that the interest in trading and making payments with cryptocurrencies is increasing while taking major fervor during the last two years.

That is how they have decided to enable their visitors to pay for their stay in the chain of hotels in Kaliningrad while paying instantly with Bitcoin.

The prices across hotels, not only in Kaliningrad, but in other hosting cities have gone 10 times more expensive than the original price of staying in these cities, which seems to be a normal occasion since Russia has spent 12 billion dollars on this event, looking to earn a profit of at least 5 billion during the World Cup.

The hotel chain that has taken the initiative to partner up with Free-Kassa in order to provide visitors with the option of making payments with Bitcoin, hopes that other hotels will follow their lead, in accordance with the statement provided by the manager of Apartment Malina hotel.

If anything, the prices won’t get lower during your visitation to Russia during the World Cup, but at least you can make instant payments with Bitcoin on the spot thanks to the initiative of Kaliningrad hotels, like Apartment Malina, which contributes to the future adoption of cryptos, also making BTC a part of the World Cup 2018 in a modest but significant way for the crypto community in general.

In addition to having the mentioned hotels in Kaliningrad offering to pay with BTC as one of the available payment options for their guests, the Russian government started to work on regulations that will address the use of digital currencies in this country.

The regulations were mentioned back in March 2018, when the Finance Ministry of Russia presented the bill on Digital Financial Assets, stating that the payments being made with cryptocurrencies and digital assets will be enabled and legal in accordance with the bill, but only in the case when the risk is out of the question.

That way, the Russian Financial Ministry has addressed the importance of differentiating valuable digital assets from so-called scam-coins that come as not only highly unregulated but potentially dangerous for the unsuspecting users.

Still the ultimate coin number one, with over 111.8 billion dollars in market capitalization, Bitcoin seems to be struggling with slow payment processing and the lack of a dev team that could turn Bitcoin into more than the original coin.

Moreover, BTC seems to be struggling in the market as well, although it is seen rising up by 0.76% today.

Bitcoin has as well as Litecoin touched a new low of below 7000$, making it tradable at the price of devastating 6542.47$ per one BTC. Far from its all-time high, it is yet not certain whether BTC will try and bounce off towards 7000$ and above or continue dropping down and below 6500$.

What led to Ethereum Classic (ETC) listing on Coinbase?