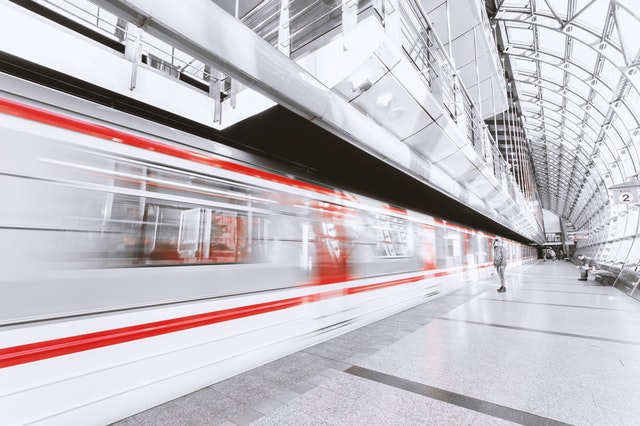 While slowly observing VeChain (VEN) being transformed into VeChain Thor (VET), Coin Market Cap still recognizes this digital asset as VeChain (VEN), prior to waiting for the full transition of the asset from VEN to VET upon launching the main net. Before the initial launch, VeChain will be conducting the Beta Public Test after successfully testing two previous versions, Alpha 1.0 and Alpha 2.0. This is, needless to say, very exciting for the chosen public testers and VET likewise, as this is the last step that needs to be completed before moving onto the final stage of the Beta Public Testing – releasing the official VeChain Thor Main Net.

Back in May, specifically on May 1st, the team behind VeChain has announced a plan revolving around the testing of main net versions that were to be released for the public testers.

On this occasion, one of the team representatives has published the schedule of public tests, describing how the entire experience should look like while explaining the role of public testers along the way.

The team has been working on the main net development starting in 2017, and finished all preparations in April of 2018, while the team went on with releasing the Alpha version 1.0 in mid-April while finishing the testing of the first version by mid-May.

Since May to early June, the team has been working on conducting the tests with the second version of the system called Alpha 2.0, which led to the public testing of the Beta version that was scheduled for early June back at the beginning of May when the team announced their plans prior to the launching of the new VeChain Thor main net.

The Beta Public Testing should start today as previously scheduled for June 14th, which means that the beta testers will be testing the Beta version until the end of June with an open source code.

That means that once the Beta Public Testing is successfully conducted, which should be completed by the end of the following month, we can expect to see VeChain Thor being officially launched, which would include the full transformation of VeChain VEN to VeChain Thor VET.

The Participants of the VeChain Beta Public Testing

Prior to releasing Alpha version 1.0 to the public, the team behind VeChain has been conducting their own tests that were being performed internally and away from the eyes of the public.

Afterward, the team made Alpha 1.0 available for testing as of mid-April. In order to make sure that the testers will be able to conduct the initial testing with a success, the team has announced that they will be recruiting 1oo public testers prior to releasing g the test versions.

It has been stated on this matter that the application for becoming a public tester for Beta Public Testing and Alpha Public testing will be open till the beginning of June, which means that all 100 public testers have already been recruited.

The public testing of the Beta version should begin today on June 14th and should last until the end of the following month, when we can expect to see the result of hard work made by the team VEN, soon to become VET.

The testers are required to own skills and knowledge in cyber technology, cyber technology, software security, and software applications for enterprises, software development, security and smart contract testing as VEN team stated that they are interested in working with individuals that are highly skilled and can respond to the requirements of Beta Public Testing.

With the Beta Public Testing, the public will be able to test the new wallets along with testing the chain. This is at the same time the first time that the open code will become available for the public.

In case the tests show the need of improvements prior to launching the main net, VeChain Thor claims that the launching may be postponed until the potentially present issues are resolved, but for now, everything seems to be going smoothly.

VeChain Thor is aiming at being able to support thousands of transactions being simultaneously processed within a matter of seconds, so the Beta testing aims to confirm that this would be made possible on the future VeChain Thor main net.

While still known as VeChain (VEN), the 17th-best currency on the global coin ranking list is going up today with the latest change in the market.

After acquiring a rise of 2.36% against the dollar, VEN came closer to the value of 3$, as VEN can be currently traded at the price of 2.91$ per one unit, while additionally rising against BTC and ETH.

Litecoin (LTC) at New Lows This Year. Is It Time To Get Some More?