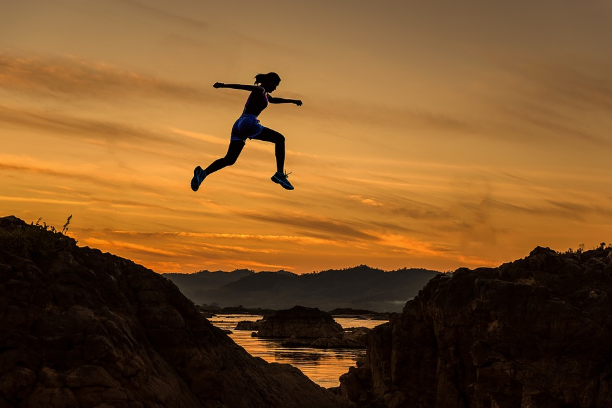 According to CoinMarket Cap, Tron (TRX) is worth $0.03840 with a market capitalization of $2.5 Billion, at the time of writing. The cryptocurrency is making waves, and its recent partnerships could see its value move way-above its current price, and maybe to a price mark of $16.48 in the near future. Let’s see how.

Recently, Tron got featured on Changelly, which is one of the top cryptocurrency exchanges in the world. As a result of this partnership, Changelly officially endorsed the TRX and US dollar trading channel on its platform. Furthermore, users can use their credit card to buy TRX on Changelly. Justin Sun, the CEO of Tron states,

“Changelly has made remarkable contributions to the promotion of cryptocurrency globalization. With numerous fans and users around the world, TRON’s cooperating with Changelly will enable more people to understand and use TRX. Meanwhile, TRON’s large number of users will also give Changelly a boost to the development and popularization of digital assets.”

Tron partnered with China’s Netflix, which has more than 200 million users worldwide. In regards to the partnership, Justin Sun said this on his Twitter page:

“We TRON are proud to announce the partnership with Baofeng group. Baofeng, aka Chinese Netflix, boasts more than 200 million users as a video portal giant and has achieved 8 billion CNY listing in Shenzhen stock exchange (300431.SZ).”

Tron has also partnered with an app called Gifto – a live streaming app. Tron is becoming a global cryptocurrency to invest in; this can be attributed to the immense effort that the team has put in to make sure the cryptocurrency is where it is today.

Of course, the recent acquisition of BitTorrent by Tron will help steam the value of the token, TRX. That’s something we can’t take lightly. BitTorrent has more than 100 million active users, which means the cryptocurrency now has the ‘direct access’ 100M more users. In the end, more liquidity.

Proud to announce @BitTorrent and @uTorrent are now part of the #TRON family. BitTorrent is supported by over 100M active users. Together we are building the future of the decentralized Internet! Stay tuned for updates #TRONBT $TRX @Tronfoundation https://t.co/mQQqUeOaHv pic.twitter.com/eSYY4lWsXI

It is important to know that Tron released its MainNet about three months ago and during its recent conference, Justin Sun spoke on the accomplishment his team has accomplished with its MainNet. After Tron’s MainNet launch, it has achieved what Ethereum managed to accomplish in the last three years.

Within less than a month of the TRON MainNet launch, daily $TRX transactions have already peaked at 49K! Congratulations to @justinsuntron & team!

Besides, there have been lots of speculations that Tron will partner with Alibaba. Alibaba is a multi-billion dollar company owned by Jack Ma. We do know that Sun was one of the best students in Mr. Ma’s university, Hupan University.

Sun was the first millennial student to graduate from the University; in Tron’s team, there is Mr.Chen a close friend of Mr. Ma. Mr. Chen is one of the main people in team Tron, and we shouldn’t be surprised if we see a partnership with the multi-billion dollar company very soon.

Tron’s price won’t be stagnant at the $0.038 price mark – there is going to be a big surge in the price very soon. With Bitcoin’s ETF that is said to be approved on August 16th, it could also propel Tron’s worth (as well as the value of other emerging altcoins). Tron is the most talked cryptocurrency on Twitter of recent times, and it can process more than 20,000 transactions within a second. Tron’s continuous strides and team-up with mega players will inevitably increase its value in the future, and this is the right time to invest in it.