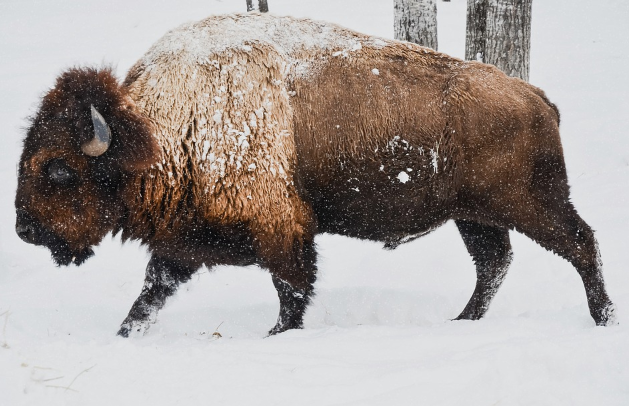 Tron’s Tronix currency is currently at $0.03941, even though its valued increased excellently in the last couple of days, but still, it’s way down from where it was last January. But that’s not a problem inherent to Tron or Tronix (TRX) but to the whole market. Every single coin has lost a lot of ground during the year. But some of them are undervalued, and some other could be at their correct level.

Tronix (TRX) is among the most undervalued digital assets in the world, but it holds a lot of promise in long-term. It’s doing everything right, and it will go through the roof sooner or later. So there’s every reason to stay bullish about it but, just to keep things short and readable, I will give you only three.

The Main Net is here, and it works

After months of anticipation Tron’s new Main Net was launched and it was a resounding success. EOS also released its new Main Net around the same time, but there was a vast difference between both launches: Tron’s went smoothly, and EOS was a colossal mess, plagued with bugs and flaws, so it had to be delayed several times over.

It’s not just that it works. Users have attested after the launch that the new platform delivers on all of the promises Justin Sun made way before the release date. Let’s remember that when Mr. Sun tweeted the features and specifications, the new Main Net would feature he didn’t only face a lot of skepticism, but he was also mocked and attacked, primarily by the leaders of other blockchain projects who claimed that those specifications were either impossible or just too good to be true.

Ethereum took particular offense to that. Now users are tweeting about how fast, how reliable and how cheap everything is. They are vindicating every single promise Mr. Sun made. This fantastic success will boost Mr. Sun credibility, the foundation’s, and the coin’s.

One more thing to consider is that the new Main Net’s job is not just to support the TRX currency but also to be a blockchain operating system that enables developers to create decentralized applications. This is not to be underestimated as good apps will bring about new users that will be using and demanding Tronix either implicitly or explicitly.

Tron’s new platform has been great news however you might want to look at it yourself.

The Tron Foundation has been around since last September only and in that short time its founder and CEO, Justin Sun is already considered one of the (if not only) most charismatic and relevant leader in the cryptosphere.

His track record as a businessman is beyond doubt. He founded Peiwo which is the most popular messaging application in China and some other Asian regions. He’s a close friend of Alibaba’s Jack Ma, who was his teacher and protector at his own university.

Mr. Ma has an instinct for flare and marketing that is simply unmatched by any other leader in the blockchain community. The perfect mix of power nerd and entrepreneur. But more importantly: so far, Justin Sun has delivered on every single promise he’s made, and some of them were incredibly bold and seemed like just a marketing ploy. They weren’t.

There’s every reason to believe that Mr. Sun’s leadership will keep the already enthusiastic Tron community tight and happy, and the project moving on.

Rest assured that TRX’s price will go up sooner or later if Justin Sun in person has to drag it there.

Did you know that TRX is currently held by more than 426,000 people in sixty different countries? The community is vast, more significant than most others but that’s not all. It’s united, it’s enthusiastic, They are all using the TRX coin in trades and to pay for goods and services (if possible) because they understand that such is the way in which a project like this can really take off big time.

The sheer size of this community implies that the Tron blockchain will never be short of developers and new decentralized apps and as those apps get released and prove their usefulness that, in turn, will bring about new community members and demand for the TRX asset.

This is the kind of digital community that can keep a project going when things stall, but also to make it incredibly prosperous when things go their way.

So don’t let appearances deceive you. Tron’s current low price (yes it increased in the last couple of days but it is still undervalued) is not a sign of failure, it’s an opportunity to get into the game at the best possible moment.

Drive a Lamborghini with MORE COIN