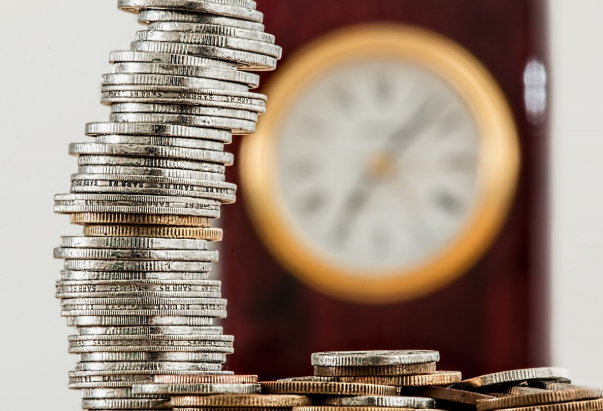 Tron is creating a buzz and widespread attention in the cryptocurrency world, no doubt about that. The virtual currency is steadily increasing in value with each day that passes. Launched in 2017, Tron (TRX) is a platform that aims to use blockchain technology in building and storing free content entertainment applications allowing you to effect smart contracts established on its blockchain.

Tron (TRX) has experienced substantial price instability in the past, including the growth of more than 3,500% in the space of one month. One of the main advantages of Tron’s platform is that it makes it easier for users to publish their content as well as data freely nurturing the growth of the media and entertainment industry.

Tron has many applications associated with it. Apart from being a universal free content entertainment network, Tron is also an investment asset, as it has a crypto coin, Tronix (TRX). Many cryptocurrency enthusiasts are trying to figure out whether the digital currency is a viable investment or not.

Virtual currencies are known for their price uncertainty, with prices capable of either substantial fluctuations or appreciation in a short duration of time.

Cryptocurrencies are quite complicated, with several factors determining their appreciation or decline in prices. Being one of the most promising and rising cryptocurrency, Tron (TRX) has a bright future and potential for huge benefits for long-term investments.

Ranked 9th on CoinMarketCap; more and more investors and developers are either showing interest in or are using the platform resulting in the appreciation of the digital coin. Currently, Tron is trading at the $0.064 per token, and according to analysts, in the next three to five years, the altcoin is expected to trade at $1 and above.

Many of the major investors and traders in the market are pondering why the digital coin is continuously remaining on the Red trajectory even after its much-hyped Mainnet launch that’s just about to happen after a couple of days now (on May 31st). But cryptocurrency experts, on the other hand, are expressing ‘firm’ hope that the virtual currency’s price will go up in coming days and override the previous low prices with a new all-time high. It is predicted that its market cap, which stands at $4,217,274,550, might go up to around US$37 billion in the course of the year.

Apart from gaining support for its Main Net upgrade in mass already, Tron (TRX) has also secured solid partnerships with a number of companies who are in the content entertainment industry. Some of the notable names TRX has partnered with include Bitmain, oBike, UPLive, and Game.com.

And of course, its recent partnership with vSport (for building a healthier soccer and sports ecosystem, just ahead of FIFA World Cup 2018) is worth noting, too. These partnerships could help Tron drive its popularity and investor confidence that might lead the growth of the platform, and potentially lead to future collaborations with other corporates.

The localized platform is making strides in ensuring it becomes as easy as possible for content developers to publish their content without any restrictions. By doing so, TRX is providing massive flexibility to applications on its platform which might, in turn, increases usability.

Its founder, a young entrepreneur with ‘champion head’ on him, Justin Sun sees Tron (TRX) shaking up the Internet, and as things stand right now, it all seems to point out towards bright future of Tron (TRX).

And yes, the right connections that Mr. Sun possesses (he’s very close to Jack Ma, Alibaba‘s founder, for example) will help him send Tron to the moon.

Finally, Tron’s Main Net launch will bring in colossal adoption (potentially), so that’s yet another factor that could take Tron (TRX) to the stars if not to the moon. Even if not $1, we can expect the coin to reach its all-time high as the year ends. Consequently, everything remains ‘prediction’ as of now, only the time will tell (but again, hopes and analysis all are positive about Tron as of now)!

Reasons why this might be the year for Ripple (XRP)

Deep Aero – A Futuristic AI-Based Drone Economy on the Blockchain