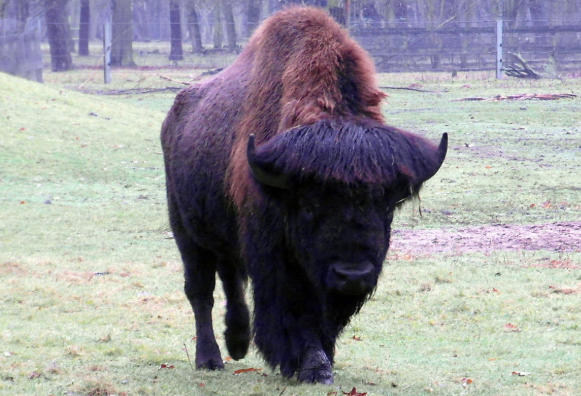 Tron is more than your average successful cryptocurrency. Driven by Justin Sun‘s vision of a fully decentralized web, it’s also an entertainment content distribution platform built upon the blockchain and peer-to-peer technology. Users can store and build apps using this platform to host and distribute their own content instead of requiring such service from a third party host (which is usually a centralized service).

The Tron brand and currency belong to the Tron foundation, a non-profit institution started and led by CEO Justin Sun (who formerly founded Peiwo). Mr. Sun is very well known as a former Jack Ma (Alibaba’s founder) student and protegé, and Peiwo’s success, as well as Tron’s spectacular rise (it’s worth three and a half billion dollars, and it only started last July), has turned him into a global business celebrity.

Some analysts even expect him to surpass his protector and become the next Jack Ma. Because of both moguls’ close relationship, there’s the rumor running around that Tron and Alibaba could partner up in spite of the fact that, while Mr. Ma is a big fan of the blockchain technology (more blockchain patents were awarded to Alibaba last year than to any other private company in the world) he’s been very outspoken about his skepticism about cryptocurrencies.

It’s still only a rumor, anyway. Nobody knows for sure so far, except for Mr. Sun and Mr. Ma, and they are not saying anything. It is evident, nevertheless, that Mr. Ma has very high expectations from both Mr. Sun and the blockchain tech, and they are close friends. So if Alibaba is going to partner up with any player in the crypto universe, it would only be natural for that partner to be Tron.

A recent tweet by Mr. Sun made the whole Tron community excited. In that post, he talked about a possible announcement for a new partnership. According to Mr. Sun, it would be the biggest ever partner to join forces with Tron.

Hupan University is located at Hangzhou, China. It was founded by Mr. Jack Ma, who is the principal and still teaches there. He personally invited Mr. Sun to join his entrepreneurial education program, along with only forty other students. That’s how they both became close, and Mr. Sun was the first ever millennial to graduate from Hupan. So they go some way back.

At the time Tron launched its ICO, it was trading at a fraction of a cent. Then it went up all the way to thirty-one cents, which remains its all-time peak. It’s been fluctuating ever since, and Coinmarket has it at $0.070 at the time I write this. It’s still a tremendous growth rate, among the top ones of today’s alt-coins.

Taking into account that Tron’s Main Net is only a few days from being launched now, the current price is an obvious opportunity. The Main Net means that Tron will stop being a currency based on the Ethereum ECR-20 blockchain to become a fully autonomous blockchain and currency.

More than that, it will become a platform for decentralized applications development. The new platform promises to surpass Ethereum’s characteristics dramatically in terms of speed and versatility.

For Tron, it’s not about the coin only but about providing developers with an environment in which apps can be deployed and used. Remember: Tron’s game is to decentralize the web, so Tronix is not the whole dish but only one of the recipe’s ingredients.

The recent trend in the crypto market is bullish. Numbers have been green for most currencies for most of the month (it all started to go down a couple of days again though, Bitcoin lost a lot, but Tron hasn’t been in the Red majorly though), and Tron is the spearhead. It’s expected to reach $0.08 soon, and some market observers think it could even reach $3.00 before the year ends.

Mr. Sun is famously quite adept at marketing. He’s conducted a thorough campaign that hails Tronix as the investor’s choice, and it’s worked. It’s bolstering the coin even as of now. The low price Tronix (TRX) still has just proves the notion that the future looks bright for it.

Cryptocurrency traders anticipate a rebound to happen soon (maybe even today) for the market in general, but some keen watchers think that TRX will presently undergo an eruption that will leave a lot of the competition behind.

Bixin recently declared its support for Tron’s blockchain independence and token migration (the token migration is scheduled for next month). This news came in as the new Tron virtual machine was just about to go live in a couple of days, which went live today. Bixin is one of the world’s leading cryptocurrency exchanges.

Additionally, RightBTC, the first Dubai digital exchange recently included Tron and many other exchange sites, and platforms keep joining in support of Tron’s upgrade to the Main Net and token migration.

The Tron Foundation claims that no fewer than twenty startups are already working hard to develop decentralized apps for the new Tron Main Net. A lot of them will be released next June 5th.

April was a very good month for the cryptocurrency market, and it seems that May has brought about the solidification of those gains. As Bitcoin keeps being increasingly adopted everywhere; even though it’s trading below $7500, the analysts believe that this May will be the last time its value will remain this low. Even in a market, this hot, Tron remains a serious contender to become the year’s most profitable coin (last year was Ripple’s XRP).

The Tron leadership and community are very transparent, they usually deliver on promises, and the coin has performed spectacularly since it hit the market. Mark my words, Tron is set to grow at an exponential rate, watch out for a ‘big bull’ charging this way!