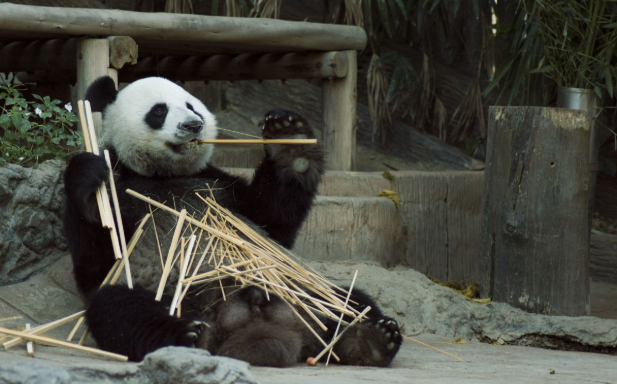 A Reddit user who goes by the name “yannickmama” claimed some four months ago that Mr. Justin Sun (Tron’s founder and CEO) had scammed the Tron community by cashing out six billion dollars in TRX and running away.

The rumor soon reached many other online forums. It had Tron traders seriously trying to figure out what that would do to TRX‘s price. Ever aware of what’s going on on social media, Mr. Sun quickly addressed this situation in a series of tweets: 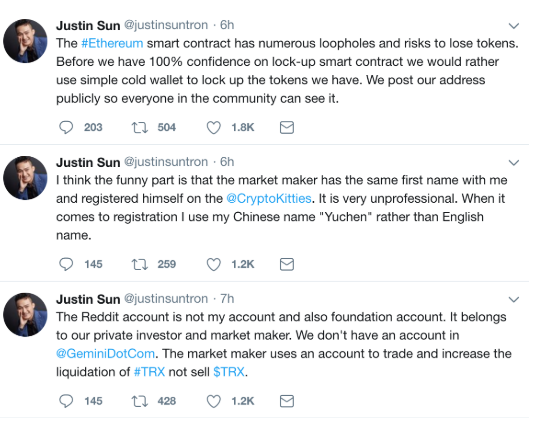 Mr. Sun was able to put the fire down and prevent a confidence crisis. Today, however, it seems that Tron enthusiasts have a new issue to worry about. Eighty-eight percent of the TRX currency is controlled by the top hundred wallets.

They call them “whales.” Whales are those Tron investors who hold massive amounts of cryptocurrency, and they cause a bit of anxiety because they can create an artificial market fluctuation just by ordering a big buy or a big sell.

If there’s one thing everybody should know about financial markets is this: they’re not rational. Not at all. We would never experience global economic crises if they were. Financial markets are all about fear and greed, which is why they get us all into trouble every now and then (whether we participate directly in them or not).

A sale order triggered by only one of the whales, and even if it’s just a fraction of their holdings, could be huge for a typical day in the market. This would create panic among traders and would drive the coin’s price down. By the same token (no pun intended) a large buy order can increase the price artificially but it would make smaller investors confident, so overall demand would increase.

The thing is that most cryptocurrencies have been trading in the green lately, which means they’ve been gathering value. And the only way you make a profit from the current rising trend is to cash your digital assets out.

The better the market trend is, the more tempting this becomes. Especially for whales. That would leave the smaller investors in the cold. Keep in mind that Tron started valued at fractions of a cent and it’s now at $0.072, and that happened since last September only, it’s been a rapid rise.

Yes, Bitcoin is still THE cryptocurrency so let’s see what this situation is in its case.

For Bitcoin, forty percent of the currency is held by a thousand wallets. This has been enough to worry some cryptocurrency investors. After all, the mythical Satoshi Nakamoto (the blockchain’s creator, Bitcoin founder, and anonymous code writer whose real identity remains unknown to this day) was very vocal in explaining that the whole point in Bitcoin was to get rid of the banking system and credit card companies precisely because they are controlled by a minimal set of very affluent individuals.

In other words, these trends in Tron and Bitcoin are defeating the original cryptocurrency purpose by reproducing the same environment as in the financial system in which a few can dictate terms to everybody else. The Bitcoin distribution of wealth is bad enough, but Tron’s is probably so much worse.

This is the wallet in which Tron keeps the TRX tokens that are not in circulation. It currently holds 34.2 billion tokens, which is something like 34% of the entire supply.

Etherscan’s public data is enough to see that, indeed, only a hundred wallets hold eighty-eight percent of Tronix (TRX).

So far nothing fishy has happened, but just imagine that a group of these whales comes together and agree to use their vast assets in order to manipulate the Tronix price for their own gain. This is possible as many whales are known to be friends, or at least to know each other.

That wouldn’t be fair play, of course, and this kind of behavior is penalized in traditional markets. But cryptocurrencies and their markets are still unregulated, so this kind of scheme would not only be possible but, believe it or not, legal (not criminal at the very least). And it would be hell for Tron’s smaller investors (which in this case means all the rest)

Cryptocurrencies, their exchange, their value and their popularity have grown exponentially recently, and regulators have just not kept up. They are only starting to notice it now.

Is price manipulation the same as fraud? Well, it’s still a grey area. Most laws and investors consider price manipulation to be foul play, but it is not inevitably a criminal activity, according to laws. Bittrex has worked hard to prevent this kind of situation. Also, every token has a different structure, some of them could be eventually classified as a security (Ripple is facing that problem right now) so different tokens will have to be regulated in different ways, most probably.

Cryptocurrency hedge fund managers tend to closely follow any activity by the whales in order to gain insight into the market. This information can indeed be handy, but only when it’s interpreted correctly. And that correct interpretation is tough to come by when you don’t have direct access to the inner circle, so it all remains guesswork.

How can we fix it?

Confidence in Tron’s future performance could make the whales keep their TRX. But continued good performance will also increase their temptation to cash out as selling is the only way to rip the financial benefits.

However, if TRX really becomes a currency that can be used in the real-world, then the whales would be better off spending their tokens in the real-world rather than selling them in exchanges. This would considerably lessen the risk for the smaller investors.

The fact remains that, even with this situation looming on the horizon, there are still plenty of reasons to be optimistic about Tron. The Main Net launch is just seven days away, and the rumor has been circulating about an imminent Coinbase listing.

But the question remains, how can we fix it? Sadly, the answer is that we can’t, but maybe Justin Sun can. Will he? At this point, only he has those answers.

Ripple has 55 billion XRPs in escrow. Could that be linked to xRapid?